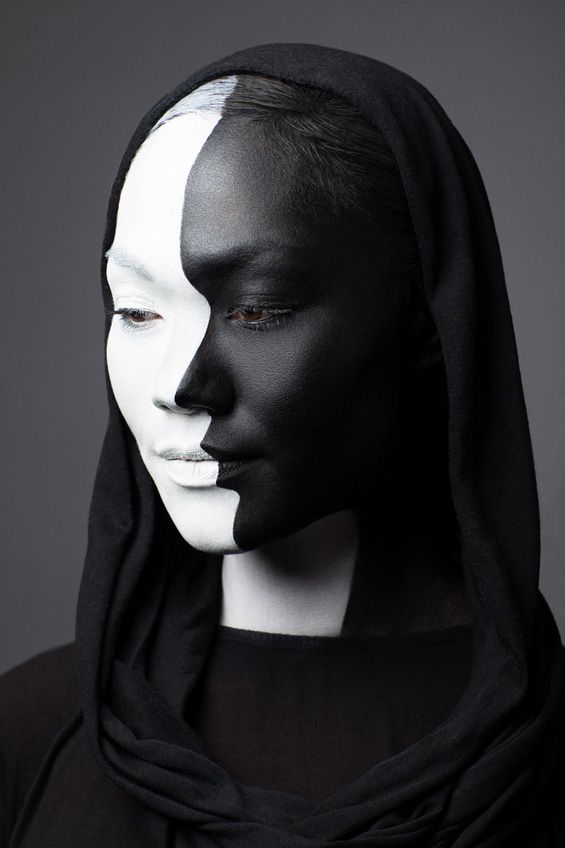 Although the Waste of Sin was rested a few weeks ago, the lessons will not be complete until we understand the nature of the mental illness depicted in the story.

In case you are wondering, Waste of Sin is a short fiction story centered around a young lady, Julia who suffered prolonged sexual assault just before the age of puberty and was traumatized; severely so, that she blocked out her past and an alter personality emerged in its place.

Julia suffered a peculiar mental disorder called the Dissociative Identity Disorder (DID). A condition that is relatively undiagnosed and easily co-exist with other symptoms exhibited in substance abuse, anxiety, depression and other mental illnesses.

A few readers found the illness quite strange and weird so much that they wondered if anyone could possibly  exhibit such varying personalities and yet appear relatively normal.

The answer lies in having more knowledge of the condition and hence the objective of this post.

There are three major dissociative disorders defined in the Diagnostic and Statistical Manual of Mental Disorders (DSM-5), published by the American Psychiatric Association;

This is a type of dissociative disorder characterized by two or more distinct personality state.
It is usually a reaction to trauma as a way to help the person avoid bad memories.
It was previously known as Multiple personality Disorder (by Kluft and Foote in 1999)
The dissociative aspect is thought to be a coping mechanism — the person literally shuts off or dissociates himself from a situation or experience that’s too violent, traumatic, or painful to assimilate with his conscious self.

Prevalence:
Five times more women than men have DID possibly because women are more abused sexually
3-4% of North America population show severe symptoms of dissociation,1% of which have severe enough symptoms to be diagnosed with DID.

In truth, the figures here in Nigeria is quite inconclusive. Diagnosis of the disorder is still work in progress, while records and documented researches are practically unavailable.

Who is at risk
Research indicates that the cause of DID is likely a psychological response to interpersonal and environmental stresses, particularly during early childhood years when sexual abuse, emotional neglect or abuse may interfere with personality development.

Presence of multiple personalities: The host personality is the dormant personality and the one in control most of the time, while the alter can range from 2-13 personalities and each of the personality has different thoughts memory, feelings and emotions.
68% of DID patients don’t know of their alter personality but they sense that something is wrong.

Amnesia: both Dormant and alter personalities are not aware of lost period of time and can only be recovered in a therapy session.

Substance abuse
Suicidal tendencies
Dissociative disorders aside from DID.

Chapter 5 – Flipped depicts the agony of alter personalities and how destructive it could get.

Chapter three – the Line shares her escapades while in one of her episodes and the trigger is explained here too.

When to see a doctor?

Some people with dissociative disorders present in a crisis with traumatic flashbacks that are overwhelming or associated with unsafe behavior. People with these symptoms should be seen in an emergency room.

Chapter 6 – The devil you know explains the treatment Julia received and how she was supported by her husband despite the physical abuse at the discovery of her financial recklessness.

Complications
People with dissociative disorders are at increased risk of complications and associated disorders, such as:

Prevention
Children who are physically, emotionally or sexually abused are at increased risk of developing mental health disorders, such as dissociative disorders. If stress or other personal issues are affecting the way you treat your child, seek help.

Talk to a trusted person such as a friend, your doctor or a leader in your faith community.
Ask for help locating resources such as parenting support groups and family therapists.
Look for churches and community education programs that offer parenting classes that also may help you learn a healthier parenting style.

If your child has been abused or has experienced another traumatic event, see a doctor immediately. Your doctor can refer you to a mental health professional who can help your child recover and adopt healthy coping skills.

There are currently no formal, evidence-based guidelines to treat DID. Many treatments are based on case reports or are even controversial.

While there’s also no “cure” for dissociative identity disorder, long-term treatment can be helpful, if the patient stays committed. Effective treatment includes:

Psychotherapy: Also called talk therapy, the therapy is designed to work through whatever triggered and triggers the DID. The goal is to help “fuse” the separate personality traits into one consolidated personality that can control the triggers. This therapy often includes involving family members in the therapy.

Hypnotherapy. Used in conjunction with psychotherapy, clinical hypnosis can be used to help access repressed memories, control some of the problematic behaviors which accompany DID as well as help integrate the personalities into one.

Adjunctive therapy Therapies such as art or movement therapy have been shown to help people connect with parts of their mind that they have shut off to cope with trauma.

There are no established medication treatments for dissociative identity disorder, making psychologically-based approaches the mainstay of therapy.

This puts an end to the WASTE SIN.

The comment section in all 8 episodes has been buzzing off the hook since the Project started. Discussions about the entire project totaled 230 comments. (I am so grateful)

I am happy to read your comments as always and I have replied a good many.

Thank you for the support, the kind words and the brilliant comments.

“The Best is yet to Come”

A good chunk of this post was contributed by Dr. Lammy.