Surugede - the dance of the spirit 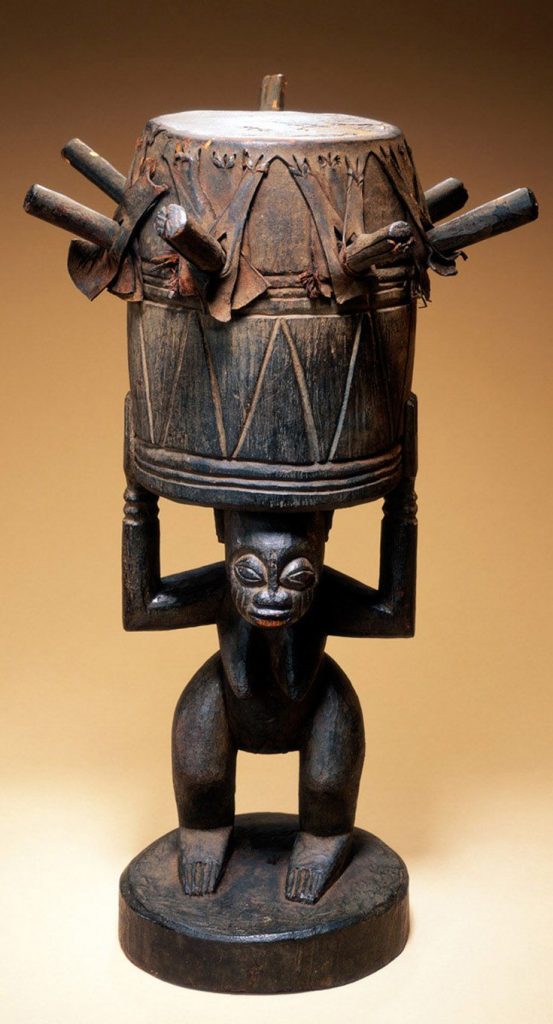 “A child that dances to the sweet melody of “surugede” does not know surugede is the song of the spirits.”

Fijabi was a man filled with strength by the gods
But it was never enough
He sought to be invincible and wrestled with the spirit of the seven rivers
At the battle he won with the gods his fate was sealed
The only way to avoid the curse was never to eat of the fruits of pride
But the gods knew, they did know, that Fijabi was already on the path of pride
To self-destruct just like his father before!
He was to dance Surugede, the dance of the spirit
Never to be remembered in the history of kings……

In a land so far away, in the times when owning farmland was a symbol of wealth and the number of wives a man has was a status statement. It was the season of the monarchs, conquests were the highlights and spoils of war were the measurement of a warlord’s prowess.

There lived a young warlord, Fijabi, who was adept in the art of war, his services were for hire and he never disclosed where he came from. The more battles he fought the wider his fame spread to all kingdoms. Kings will fall over themselves, offering bags of golds and hefty spoils of war to woo him to their sides to fight battles.

It was rumored that his mere presence on the battlefield is enough for the enemy to surrender. Some said he is a direct descendant of the gods, some claimed his mother must have had an encounter with *Ogun himself hence his invincibility in battles. He sure has the looks of a god, taller than all other men sinew muscles like they are sewn-in on his body. Large hand with long fingers that goes round a man’s neck which he snaps in seconds. Feet that thunders heavily announcing his presence from afar even before your eyes sees him.

The women sang his praises while the men cower in his presence, envious of all he is, wondering how a man could be so large and powerful, unbeatable to them all. The tales of his exploits in battle were stories told to instill fear and inspire awe un the heart of young men. He was said to be cruel and shows no mercy, he would sack a whole village without sparing anyone, he would say that no survivor of war would look kindly on a conqueror so none should be left alive even as slaves because when slaves bond together they can slay their owners hence he takes no prisoners of war.

Soon, one of the greatest kings in the land, called upon him to fight his battles. This particular kingdom was powerful and the king was reputed to be shrewd. With a promise of half the spoils of the impending war, and the hand of the daughter of the powerful king in marriage, the young warlord journeys to this kingdom to prepare for battles. He was to train their army in readiness for war, teaching them the tactics that guarantees victory.

The battle of the grooves was fierce, but the Fijabi prevailed and the great king made good on his promises and then some more, half of the spoils of the war was given to the warlord and the young beautiful princess was given in marriage to the warlord. To crown it all, a portion of the kingdom was bequeathed to her as dowry. The great king extended this as a gesture to ensure the warlord stays in his kingdom, he expected him to make a family with his daughter and build a stronger allegiance with his kingdom.

The princess was a fair maiden, a true beauty to behold. Her huge saucer eyes were bright with a light that never goes dim, set on a face men fall over themselves to look at supported by long graceful neck. Her skin glimmers from years of pampering with shea butter and osun without a blemish in sight.

The wedding was a loud affair celebrated with pomp and pageantry, kings from all over the land were in attendance. Nobilities were in full splendor bearing gifts of gold and fineries. The great king kept talking about the conquest of the Fijabi, people who had never seen the him but had heard of his prowess gaped in awe sealing the myth that he was indeed the descendant of the gods and no man could overpower him.

As time went by, many wars were fought and won by the warlord and he gained favour with the people. The reach of the kingdom expanded and the great king put the warlord in charge of all of it. In a not so distant time the young warlord started envisioning himself as the king, he thought to himself “if I were the king I would tax these villages higher push them to work harder, establish my sovereignty and my name will be known across the lands. He soon surrounded himself with men of low repute who sat to listen to him boast of his greatness, how without him the king would not have any powers. they would pay obeisance to him while he favors them with stolen treasures looted from the coffers of the kingdom.

As the gods would wish, the great king passed, he was without an heir but the fair princess married to the warlord. Never in the history of the kingdom has a non-native or non-nobility ascended to the throne of the kings but it was unanimously agreed amongst the kingmakers to crown Fijabi, the young warlord as the new king. The warlord was to became king as it was decreed to him when he was but a young man by the priestess of the seven rivers.

On the eve of the coronation, whilst parading the kingdom, the priestess appeared to him repeating the great prophesy-

‘your fame shall be known across the seven rivers, your name will evoke fear and trembling in your enemies, you will topple kingdoms, you will rule the kingdoms not by birthright just providence, alas! Everything will be taken from you in a second, it will all come to ruin not even a cloth on your back! The gods detest your spirit and the evil you have done!

He was filled with rage but could not harm the priestess, he then shrugged his shoulders, saying to himself that madness is not in his lineage neither is he showing symptoms of a warped mind. He noted that as soon as he becomes king, he would make it a part of his first duties to summon the priestess of the seven rivers to be beheaded publicly for issuing such a proclamation over him. He was to be king, everything he does would be final, but he was soon to forget for the gods have a plan.

A reign of terror soon begun, he would send out decrees in the name of the king, putting the people he governed in untold hardship and pain. He would say to them that he is the king and the greatest warlord, even the gods cannot control him. He became very proud and a law unto himself paying no attention to the anguish around. He imposed heavier taxes and would whip anyone who came up short. The princess could not do anything either as she has been cast aside after she had been unable to have a child after many moons, he soon found himself another young maiden from a distant land who would stroke his ego, telling him not to mind the people, that he was the greatest of all times.

Oba Fijabi grew more wicked as the days goes by, he would kill or send into exile anyone who dared to question him, soon he had no good counsel left and lacked good judgement. His palace became a home of fear and sycophancy. He likes to hear his own praises, words whispered to him from the lips of deceit. He would not remit the taxes to the treasury and refused to see to the welfare of the people. The people he governed lived in fear and they have no access to their king.

The princess seeing the suffering of the people around her could not take it anymore, she remembered the time that there was prosperity in the land and the people were happy. She knew she had to do intervene.

In this great kingdom there is a sacred drum called Surugede, it is invisible and can only be invoked when there is trouble in the land, trouble caused by the king, for no one in the land can judge the king except the gods themselves. It has not been invoked for many generations as the kings of old had been noble, merciful and there was peace in the land.

Surugede cannot be invoked unjustly, the sacrifice was too steep and the consequences too grave for such a venture. The princess consulted with no one before she decided that invoking the drum in the name of the king was the only way to save them all.

On a fateful night at the height of the full moon, the king had yet sent out another decree to cause further hardship in the land, the princess ran to the grooves and invoked the great drum in the dead of the night! Beating it thrice as required, at first nothing happened but soon a great shout could be heard from the king’s chambers as he ran out of the palace. He could be seen rending his clothes, dancing to the inaudible tune of the Surugede, no one could hold him as he danced his way out of the kingdom, never to be seen or heard of again!

The elders in the land knew exactly what happened but the question no one could answer was who invoke the surugede in the name of the King? And what great price was paid to free them from tyranny?

He could have had it all but now never
With his name written in gold amongst the stars
But now never
From the mire he came blazing like the sun
Turning stones to diamonds with his midas touch
A thin line between desire and greed
Don’t cross it
A blur between ambition and pride
See it
Yes, he could have it all
pride and wickedness said never.

1 thought on “Surugede – The dance of the Spirit”