Living with DiD - famous cases in history

Dissociative identity disorder (DID), formerly referred to as multiple personality disorder, is when a person manifests two or more distinct personalities that switch off controlling the body.

Think back to a time where you had a bit too much to drink. The next day, could you remember what your drunken self had done? Now, remove the alcohol. If you still drew a blank, you would have something in common with these famous cases of dissociative identity disorder.

Usually, there is a dominant personality and one or more “alters.” Which personality is dominant can actually change over the years. Sometimes the alternate personalities appear as hostile, foreign invaders to the dominant personality, and can be mistaken for cases of demonic possession. Real cases of DID are extremely rare, and are almost always the result of extreme trauma or abuse. The disorder serves as a psychological coping mechanism in which the psyche compartmentalizes the trauma. Ultimately, the disorder is a failure to integrate various memories, personality traits, identity, and consciousness into a single, multidimensional persona.

All of their stories are true, and well documented. Beyond the sensationalism of tales like Dr. Jekyll and Mr. Hyde is a very real psychological concern that, while rare, can be extremely difficult to live with. 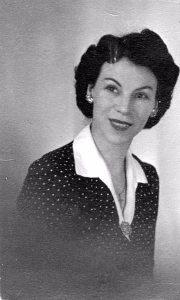 Juanita Maxwell has no memory of beating 73-year-old Inez Kelly to death with a lamp in 1979. Wanda Weston, however, remembers the incident with glee. She admitted as much during the murder trial. The catch: Juanita and Wanda happen to occupy the same person.

Maxwell had been working as a maid at the hotel where Kelly was staying. According to Wanda, Kelly had borrowed her pen, but refused to give it back. Wanda went into Kelly’s room, and when the older woman asked her to leave, killed her.

After Maxwell’s alter was coaxed out during her trial, the judge ruled that she was not guilty due to insanity. Maxwell was committed to a mental institution. 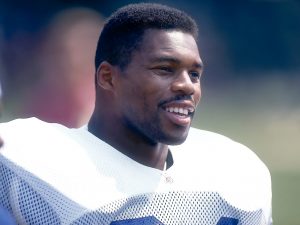 Herschel Walker Has A Personality That Excels At Football

Former NFL running back Herschel Walker wrote about his struggle managing multiple personalities in his book, Breaking Free. As a child, Walker was overweight and had a speech impediment. He thinks that he first began developing DID as a coping mechanism. The highly motivated “warrior” was one of Walker’s alters who drove his physical fitness and football ability. Another alter, “the hero,” was his public face. For years, he managed the disorder without really understanding what it was. He doesn’t even remember receiving the Heisman Trophy.

After Walker retired from football, his different personalities started to become jumbled. He fell into depression, at one point playing Russian Roulette with himself. Walker’s wife, Cindy Grossman, left him after an episode where he pointed a gun at her head. It was at this point that Walker sought psychiatric help and was diagnosed with DID.

Read more about him here. 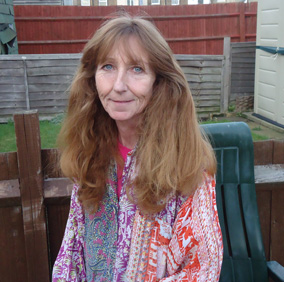 Imagine keeping over 100 different personalities straight. That is the life of Kim Noble, told in the autobiographical book All Of Me.

Noble was born in 1960 to two unhappily married factory workers in England. Her childcare was outsourced to friends and family, and at some point, between the age of one and three she suffered from extreme and repeated abuse. It was at this point that her psyche splintered, completely compartmentalizing the trauma.

Her condition went undiagnosed through adolescence, even when she was put on suicide watch in a psychiatric hospital after frequent overdosing. In her 20s, a sudden switch resulted in her plowing a van into a line of parked cars. This resulted in another mental health examination, and the diagnosis of schizophrenia.

After being released from the mental hospital, Noble somehow ended up caught up with a pedophile ring. When she reported it to the police, she started receiving threats of retaliation. A man threw acid in her face, someone lit her bed on fire with her in it, and while she escaped, her house was completely gutted. She has no recollection of the incident.

In 1995, Noble was finally diagnosed with DID. Her dominant personality is named Patricia, and under her care, Noble has become an artist and lives with her daughter.

Shirley Mason Made Up Her DID

One of the most famous cases of DID ever recorded is likely a lie, according to a new book, Sybil Exposed, by Debbie Nathan. The book and miniseries Sybil – starring Sally Fields – follows the life of a woman who has DID. It was supposedly a true story, but it seems that the real-life Sybil, Shirley Mason, faked her condition.

Mason initially sought psychiatric attention because she was emotionally unstable. She became attached to her physician, Dr. Connie Wilbur, who had a fascination with multiple personality disorder (as DID used to be called). To get more attention, Mason came in one day and started claiming to be a different person, talking in a childish voice and changing her mannerisms.

On one occasion, Mason tried to admit that she was faking it, but her confession was dismissed as part of her psychosis. Interestingly, therapist Herbert Spiegel, who saw Mason from time to time, also said that she was probably malingering (faking it) in 1997.

Louis Vivet was one of the most extensively studied cases of DID in the early days of psychiatry. Vivet lived in the latter part of the 19th century. His youth was marked by abuse and neglect, and at eight years old, he was sent to a house of correction.

By the age of 17, Vivet was a functioning and intelligent man. While working in the field one day, a viper wound itself around his arm. This event frightened him so much that he lost consciousness and began having violent convulsions that evening. These attacks returned several times, eventually resulting in the paralysis of his legs.

Vivet was sent to Bonneval Asylum in 1880. On April 23, he suffered a severe bout of epileptic fits, losing consciousness at times. When he recovered about 50 hours later, he had regained his ability to use his legs. His mannerisms completely changed as well. He was then released as healthy. He eventually wound up in another asylum, where he continued to have epileptic fits, and alternated between being able to walk and not being able to. 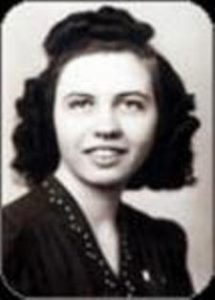 The Strange Case Of Mary Reynolds

Mary Reynolds was born in 1785 and moved from England to Pennsylvania as a child. She had a solemn and melancholy demeanor and spent a lot of time in religious devotion.

At the age of 19, she became blind and deaf for six weeks. Three months after that, she suddenly forgot how to read and write, though she eventually taught herself again. Then, Reynolds’s demeanor changed, and was described as “buoyant, witty, fond of company and a lover of nature.” After five months, she changed back to her original self, and alternated between the two types for 16 years. When Reynolds reached her mid-30s, the second personality took over once again, and she remained “buoyant and witty” until her death at age 61.

Reynolds was studied by Dr. Samuel Latham Mitchel, who published an account of her “double consciousness” in the 19th century. 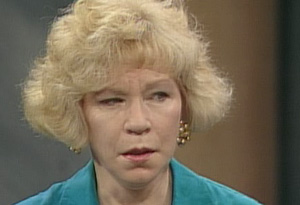 When Truddi Chase was just two years old, she moved out to the country with her mother and stepfather. At this time, she was sexually abused by her stepfather, and the trauma ultimately caused her DID.

For years, Chase was able to suppress her memories by holding them in alternate personalities that rarely came to the surface. Each of her 92 personalities served different roles and held different memories. One personality named Black Catherine held most of her rage. Another personality, Rabbit, held the pain.

Chase wrote a book about her life, When Rabbit Howls. Her life was also turned into a made-for-TV movie called The Voices Within: The Lives of Truddi Chase starring Shelly Long, and Chase was interviewed by Oprah as well.

2 thoughts on “Living with DiD – Famous stories of the disorder”