Pieces of Me: One woman’s story of living with multiple identities

Violent trauma caused her mind to fragment. Like a fractured mirror in dozens of pieces. Senior Health Correspondent Monica Robins brings you the story of Autumn

How can the human mind fracture into different pieces? What causes it to happen and why?

She’s was a little girl who endured horrifying abuse, both sexually and physically for most of her formative years. The forced smile hides the pain she suffered by those she should have been able to trust most.

The violent trauma caused her mind to fragment. Like a fractured mirror in dozens of pieces.

“I’m the little girl who stood in the corner and did not speak and didn’t raise her hand. Who did not speak, who was never allowed to speak, but guess what, I have a voice,” she calls herself Hannah 7 when she says this.

We’re calling her Autumn. It’s not her legal name, but it’s the one she chooses to call herself these days. But those names and ages sometimes change.

“I’m aware of 34 parts of me, but in one of my medical records it said ‘while in dissociative state, client stated there are 80 of us’, I don’t know who said that,” Autumn says.

She refers to them as her alters. Herself is called the core and many of her alters are small children who refer to the core as “mommy.”

“I’ll say parts of me, pieces of me, that person and then there’s parts of me that will say mommy, my brother, my sister. It just depends on what part of me you’re talking to,” Autumn says trying to explain.

Walter Knake, Ph.D. is a clinical psychologist specializing in PTSD. He is Autumn’s therapist. In his 50 plus year career, he’s treated six patients with Dissociative Identity Disorder or D.I.D., more commonly referred to as Multiple Personality Disorder.

All of his clients shared something in common.

“Every single one was abused horrendously before the age of two,” he says. 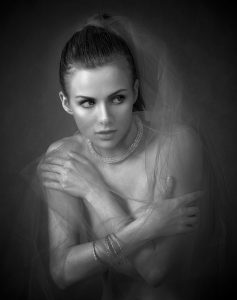 Autumn believes that three elements played a key role in the development of her D.I.D.:

“I, myself, can surely say that of all the types of abuse that I have endured/suffered throughout my life, the many of the scars on my heart, have been the most difficult for me to recover from,” Autumn explains. “The ones that no one could see, but certainly the ones I can feel.”

In 2012, Autumn had a mental break and was hospitalized. She’s also attempted suicide, which is common for 70 percent of patients with Dissociative Identity Disorder.

D.I.D. is rare, affecting an estimated 1% of the population according to psychiatric experts.

According to the National Alliance on Mental Illness (NAMI), it’s estimated that 2% of people experience dissociative disorders, with women being more likely than men to be diagnosed. Almost half of adults in the United States experience at least one depersonalization/derealization episode in their lives, with only 2% meeting the full criteria for chronic episodes.

In 2012 Autumn was officially diagnosed with D.I.D. but the disorder comes with other mental health issues as well such as depression, PTSD, borderline personality and anxiety in her case. 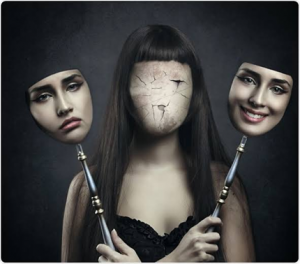 “I’m one person but I’ve been divided into many pieces,” she says.

Dr. Knake explains it using the fight, flight or freeze analogy. In a stressful situation those are typically the options one can take. But for a child being abused, too often they can’t fight or run, so the freeze and go into shock.

To deal with the trauma, in some cases, the child’s brain will fragment for survival. Taking on identities that emerge when they are needed.

“One of our alters developed because the extreme sadness one comes out and is always happy because we need those feelings,” Autumn explains.

Some of her alters are ‘protectors,’ including one she calls, “The Bear.”

“When our 15-year-old couldn’t protect us, that one developed and to me it’s a miracle,” Autumn says.

“They start forming these different personalities based on what seems to be supportive for them,” Dr. Knake says.

Autumn can’t control which alter decides to come forward or when. During our interview, Hannah 7 emerged and said,

“I know it’s true that I’m not crazy because the world is broken,” she said.

If you met her on the street, chances are you’d never know. Her core is an intelligent, calm and very straight forward woman. But she says her alters are always there, just under the surface. She doesn’t know what will trigger them to emerge or why.

Even though the personalities are different, they are all her. She described it as like being in the back seat. Watching and hearing yourself have a conversation. But she doesn’t always remember what was said or by whom. There are also moments she may lose time because another alter took over.

Early last year, Autumn met Carl on an online dating site. The two had an instant connection and even though he didn’t notice anything, Autumn explained her disorder and the reason behind it. It took weeks of building the relationship and trust before those alters appeared to Carl.

“It’s all one body and she’s always there, but these little pieces of her fragment and come in to handle situations as they’re needed,” Carl says.

He’s very supportive and attends therapy sessions with her.

“People might raise an eyebrow, but I don’t care. I just tell people because of what happened to her in the past, you might see some eight-year-old or five-year-old behavior, but things are managing pretty well,” Carl says.

Autumn says every alter is different.

In the year that I’ve known her, I believe I’ve met 15-18 of her alters. When it happened, I noticed physical changes in her. Her hands would move, her feet would tap, she’d click her tongue and even her facial features would change

Her treatment is helping her find coping skills to keep changes and stress in check. But losing her alters is not an option to her.

“That is kind of like removing somebody’s limb and telling them they don’t need it anymore,” she says.

Autumn is sharing her story because she wants people to understand.

“I’m very blessed, I’m very grateful, thank the lord for the gift of D.I.D. because without this I would not be here,” she says.

She also wants others struggling with mental illness to know,

“You’re not alone. There are people that do care, even if they don’t understand.”