Blood in the Water - Chapter 9 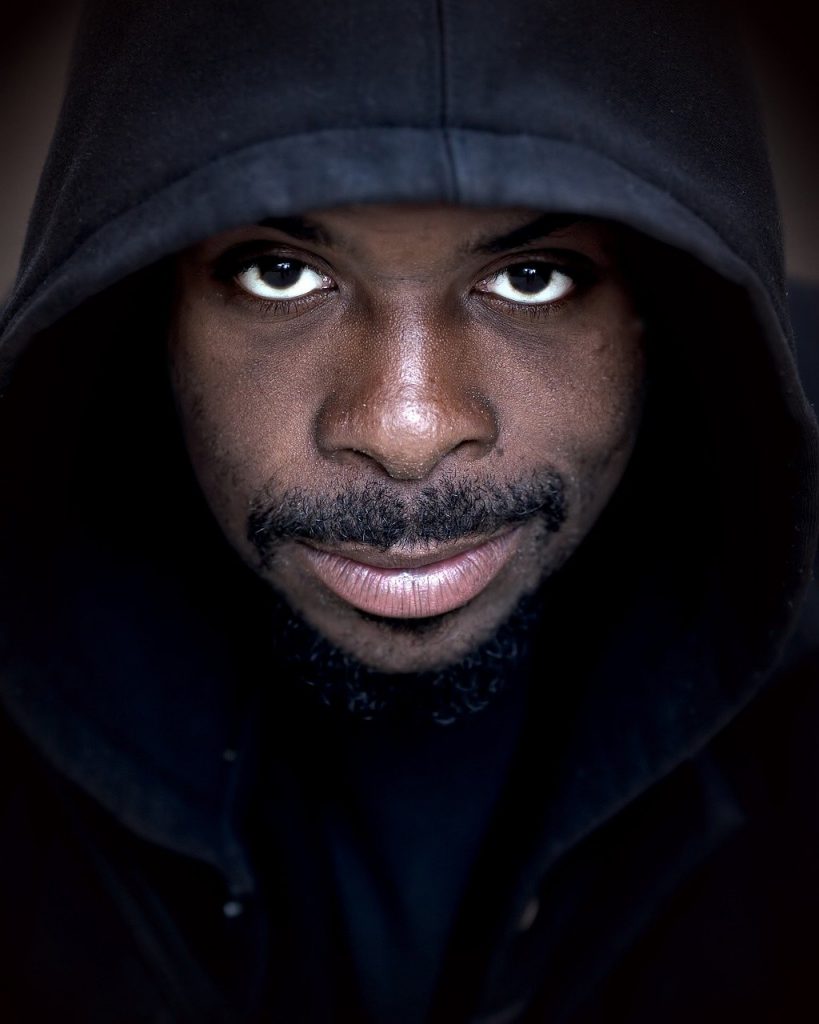 “Hey babe, how are you this morning?”

“Not bad. Got a bit of body aches here and there, but nothing a good kiss can’t fix. And you?”

“You want me to come over to give you some of my strawberry laced kisses?”

“Coming to you in a few minutes baby”

Princewill felt accomplished. He felt an infusion of strength so intoxicating he could feel it in his loins. His mind flicked through the images of Tolani while they shared moments together in the shower the night before. There was nothing more bewitching than her naked body with water slithering over every inch there was.

In clothing she probably wouldn’t turn many heads her way to admire her, but they also had no idea what they were missing and he was glad to have found the diamond in a ruff.

The world can keep its supermodels, anorexic looking as they are, for him her body was just good enough for him. It felt soft and her breasts warm and so responsive to his touches as soon as his hand were upon them. Her kisses were intense and so sensual, it took so much for him to concede not to go all the way with her that night.

Now she had just given him an open invitation and his mind wondered how best to consummate their arrangement before they took flight. In that moment, nothing else mattered.

He looked out of the crackled windscreen to see Collins pulling two duffle bags with a bunch of car keys dangling between his fingers. Collins was wearing a clean shirt and a new pair of shoes. No one could have imagined what he had been through the past 12hours. Princewill could perceive his cologne as he walked past him to the other car.

Quietly and as swift as possible to avoid drawing attention, they heaped his bags into the opened boot of the Toyota Corolla- their get-away car. The sleek black sedan hadn’t been on the road for weeks because Collins preferred the Honda. But when Princewill cranked the engine, it revved to life in all its glory spewing carbon monoxide into the morning air.

Instinctively, Collins tired eyes looked at his wrist watch. It read 11.25am. He had no need to speak. He had seen enough already for one’s lifetime. He needed to get to a safe haven where he could bury himself away from his troubles like he did years before when he fled Lagos.

It felt like history was repeating itself or perhaps it was karma. He had always thought that Karma was a part of the workings of the universe brought by coincidence and cannot be man-inflicted, but his theory was beginning to be flawed.

“I have a brief stop to make at the GRA” Princewill announced in a “do-not-question-my-judgement” tone. It wasn’t up for debate.

“You need to ditch your phone Princewill. I already left mine at the house” Collins warned

“I will. As soon as we reach our last stop”

For whatever it was worth, a few minutes won’t hurt their escape plan. Afterall, Tolani’s apartment wasn’t entirely out of their exit route.

But Collins thought about the last few hours differently.

Never before had Collins noticed how time was so much like water; that it could pass slowly, a drop at a time, even freeze, or rush by in a blink.

The past twelve hours had passed like thousands of camera frames per second shown one at a time. With it, his life had taken a turn he could never have imagined. All the while his insides felt as if there was nothing there, nothing to need feeding and nothing to have need of anything at all.

He just knew he had to leave town and they were running out of time.

The rescue was code named “blackknight” and the sole objective was to extract Bilkiss and apprehend any of the suspects they suspected were with her the night before. The bust was going down at noon, perfect time for a check-out from the motel. The possibility of a shoot-out was deemed remote and unlikely and just the thought sent a shiver down Ibrahim’s spine.

As much as possible, he would love the operation to be quiet and seamless without undue attention that using a firearm will attract. He ran a finger down the Browning 9mm with the same expression most men reserve for their coveted possessions. He never stepped out without his gun.

When the call came, the tactical team moved as one unit, everyone dressed in plain clothes as they encircled the Cassandra motel. One agent stood across the street smoking cigarettes casually and pacing up the street, while another was preparing for the next moslem prayers joining a small crowd of faithfuls to a makeshift prayer ground. Another agent was seated unassuming in a beat-up car parked only a few meters from the access gate into the motel just as Ibrahim walked into the hotel clutching a phone to his ear.

“Stay on stand-by. Confirm that the subject location has not changed?” He muttered.

Deep down he was worried sick. He didn’t want to appear like a fool after deploying a team to rescue his girlfriend who could just as well be having the fun of her life. But he couldn’t live with himself if he assumed everything was okay and he turned out to be wrong.

He banished the thoughts of dealing with another homicide or murder, instead welcomed the thoughts of a warm bed and soft duvet. Couldn’t the fine folks of the city quit killing each other for a night? He wondered.

Now somewhere in this run-down motel, Bilkiss was not answering her calls for hours. That was about to end.

It was 12.01pm when he approached the reception of the motel.

Agent Ibrahim was stiffer than his shirt, his face was about as hard, menacing and dreadful as any receptionist’s worse nightmare. The moment the receptionist looked up to see his face, her heart sank, she knew something was amiss. His clean shaven face told her all she needed to know.

But Ibrahim looked behind her to the magnolia walls decorated with old black and white photographs of the founders of the motel, most likely either deceased or rocking their nineties in some country home. Then he understood why the place was run down.

“I am from the Department of State Service. Have you seen this lady before?” He was a man of little words. He thrust his mobile phone with Bilkiss face on it across the receptionist desk.

“Take me to her room right away”

He watched as she hurriedly slipped into her slippers and walked ahead of him till they arrived at Room 306. Two DSS agents had walked into the receptionist at the same time following behind.

Two knocks on the door and it was unanswered. Ibrahim had had enough.

“Make way” He ordered, pushing the receptionist to the side as the two agents crashed into the frail looking wooden door as though on cue. Their shoulders tearing into the wooden frame at its hinges as it dangled ominously before they hurried into the room in search for her mobile phone. They had the beeping tracking device on hand to find it.

Ibrahim walked straight into the toilet with the urgency of a fireman and he regretted so the moment he opened the door.

His soul felt wafer thin while his body trembled and chilled. The magnitude of the incident had not just dawned on him but stunned him badly.

He hunched over her body trying to open her eyelids, but nothing. He shouted close to her ears, nothing. He picked up her hand above her face and it fell with gravity, smack. Unresponsive like a floppy doll.

“Someone call an ambulance, now” He screamed like his body was rebelling against his existence – as though he’d arrived in a world that made no sense at all.

“Wake up Bilkiss. Wake up please” he whispered.

When he looked up, it was the receptionist standing with both her hands on her head crying.

“Do you know who did this?” Ibrahim quizzed her.

“Yes. I know them. Yes I saw them. They were two of them. Two men” she wailed loudly in between sobs.

“I am finished” she fainted.

Collins had reclined the passenger seat to lay low while Princewill cruised into the street where he had kissed Tolani goodbye early that morning. The ride was uneventful and both friends spoke no word.

There was silence, but yet it wasn’t. Collins was containing a tempest in his mind, while Princewill was blinded by lust so strong that until every electrified nerve in his body and brain was spent, his fears had taken a temporal leave.

The strain of lack of sleep had made it difficult to function optimally and his body had started to give in to fatigue. His bones had no more strength and his muscles were all out of power, but still he struggled to remain calm, to be quiet enough to allow Princewill lead them out of the town to wherever was safe enough.

His eyes shut itself just as Princewill sighted Tolani standing right outside her house cladded only in a sexy bum short and a loosely fitted t-shirt that told him she wasn’t wearing a bra.

A smile danced across his face, knowing fully well that she was about to seduce him with every inch of her skin he could see. He parked the car on the side of the road right outside her apartment and horridly joined her in an intimate embrace that sent electric tingles down his loins.

“I can’t wait” He had unfinished business and he wasn’t going anywhere until this was sorted.