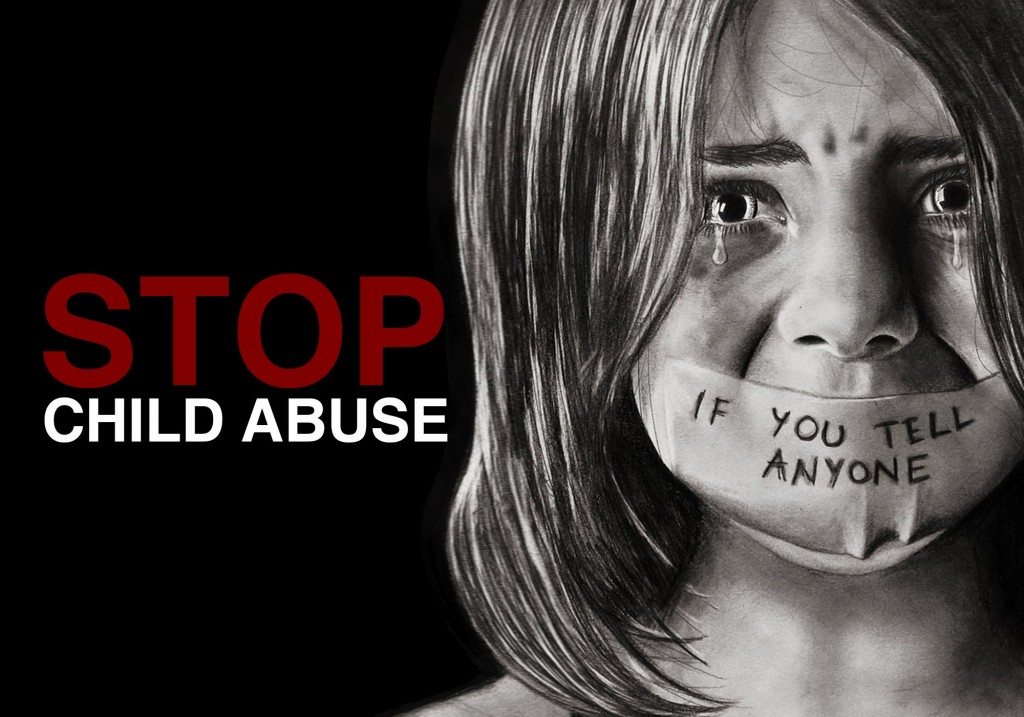 “We will probably never know how bad this has gone”

Our scars only tell half the story, but right in our heads, the memories linger.

She was only six, not old enough to take responsibility for her actions. Pleasure was not a feeling that emanated from inside her body neither was she able to understand what it meant. She was content with being a child and her only preoccupation was the next mischief only a child her age could conceive. She was wrapped in a cocoon of her own imaginations, trusting and loving unequivocally as her mind and body had never been tainted.

But then came the friendly neighbors and close relatives who saw her as a prey. A target practice for their sexual fetish and desires.

Like a lamb to the slaughter, she trusted them. How was she to know that being called “my wife” was not a word of endearment at that age? How was she to discern that the gifts they showered her, as cheap as they came, were lures and poisoned fruits to win her trust and eventually violate her.

Yet every time she saw them, she innocently obliged their friendship which was renewed with each hideous gift. Until they started to unveil their plans- neatly disguised in casual conversations;

“come and sit on my laps”

“show me your pee pee”

“let me touch you here, it will not pain you”

“you cannot tell your mummy I touched you she will beat you”.  on and on until the child becomes nothing but an almost willing participant.

It started with fingers running through her naked skin, slowly at first and then with urgency. She would wonder why it made her feel warm all over. But he would assure her that it was okay. “Trust me” He would say,

“Remember you cannot tell anyone about this. Nobody will believe you and you will be called a bad girl. Put the sweet in your mouth and don’t cry.“

Then his fingers would trace their way into her nether region. Painful at first, but she gets distracted when he allows her touch his nether region as well. She is unsure what to do, but unknown to her she has just been defiled, abused, tainted, scarred and debased. She was the prey, the willing participant, lured with gifts and controlled by fear.

Yet she would return another day, excited by the attention from an older boy/man who does despicable things to her.

This is a familiar story, although there are no credible statistics, but I am almost very certain and convinced that 7 out of 10 female child born over 3 decades ago were abused at one point or the other. Some as a child, others as young teenagers or even in early  adulthood.

The sad thing about it is that the abuser is most times not a stranger! They are older persons who are supposed to know better but refused to do better.

Question for the abuser – How do you still sleep at night? How do you rationalize defiling a minor?

Years later some of these victims- ladies, are of course mothers now and their instinct to protect their daughters is heightened by their experiences of the past.

Many young mothers are not comfortable leaving their wards under the care of anyone because their trust has been broken early in life and please pardon their paranoia it is somewhat justifiable.

Just look around you!

Some have painfully carried the scars through adult life, less trusting and insecure. Others have carried on the guilt for as long as they can remember.

Some still wake up sweating profusely from nightmares thrusting them back into a past that they would rather not give life. And others have shut the scenes out and replaced them with versions they would rather want to remember.

A good number of these ladies have gone on to mete the same treatment to other younger boys. Perhaps to return the favour or to understand how it feels being the hunter, which is equally heinous. Stories abound of abused young boys who recount tales of abuse in the hands of maids, aunties and neighbors. Some may laugh it off and chalk it to the rite of passage but the psychological consequences are there for everyone to see.

No matter which one of these situation a victim is grappling with, it certainly is a trauma that may have not been addressed all these years.

But has this trend stopped or abated? Most certainly not. This crime is still being perpetrated at an alarming rate and it is sickening to the stomach to find that children still remain prey to the same tactics after all these years. It certainly isn’t their fault!

The only silver lining I can see now is that the culture of silence is gradually being broken. In many homes where parents are either single or kids live with other family members, when parents are neck deep in the rat race of life, young immature and underage children are constantly thrust into vulnerable situations that will make them easy prey for sexual predators.

It is not even being reported enough and when it ever gets discovered, it is often settled within the family without any punitive action for the offender. In fact, the girl child is often reprimanded for it.

It’s so heart wrenching and sad to see that we do not have a system that can protect minors from this level of sexual abuse.

Now I would like so much to avoid conversations around marriages to minor in the North and especially because many Northern elites have made the practice popular and acceptable. I will save a post for this.

I have two concerns though; one is how the ladies who have been dealt with this unfortunate hand managed over the years?

The other is how we can avoid or prevent our girl-child from getting into this pathetic cycle of abuse.

Think first about your sisters, mothers, daughters, aunts, nieces and other young girls who have either been repeatedly abused or are in vulnerable positions to be sexually abused. How does that feel?

Sadly, childhood sexual abuse is a wound that time won’t heal if not addressed. It would stay repressed and suppressed for years.

I would like to encourage you to try any of these steps if it helps. I can’t not claim to know how this feels, but I would rather try to help than join the circus of silence.

Come to terms with the fact that it is not your fault– no, you did not ask for it. the only person to be blamed is your abuser who had the responsibility of knowing and doing better but refused to do the right thing. Stop unconsciously beating yourself up. That feeling of worthlessness and dirtiness you feel comes from a deep seated anger that you have misdirected against yourself for letting it happen. You may have convinced yourself that you were a willing participant in your defilement but it is not true! You were only a child and should have been protected.

Confront your abuser if they are still within your circle – many abused children know their abusers by name, the shocking and humiliating part is that these abusers remained in close proximity. Why? Because they are family! You may even be doing the Lord’s work by exposing them in case they are still actively abusing other children. Break the culture of silence.

Heal, truly heal– it may not be easy but this is ultimately how you break free from the stronghold. Forgiveness is key. Again, it is not your fault, no way it ever was. Healing is essential so you can have a wholesome life not fraught with psychological, emotional and behavioral problems such as low self-esteem, anger issues, anxiety, sexual problems, shame and self-blame.

Therapy – this is a service that we need to embrace as a people. Therapy will help you unpack your baggage, break it down and put them away for good. If you can afford it, it will go a long way in helping you resolve unaddressed pain and traumas.

Our role as parents – It is our responsibility and no one else to keep our children safe from predators.

I hope you have learnt a thing or two here. I would like to read your experiences, please feel free to share your thoughts in the comment section and I would join in the discussion.