The Deaf Listener – We have two ears and one mouth and we should use them proportionally. 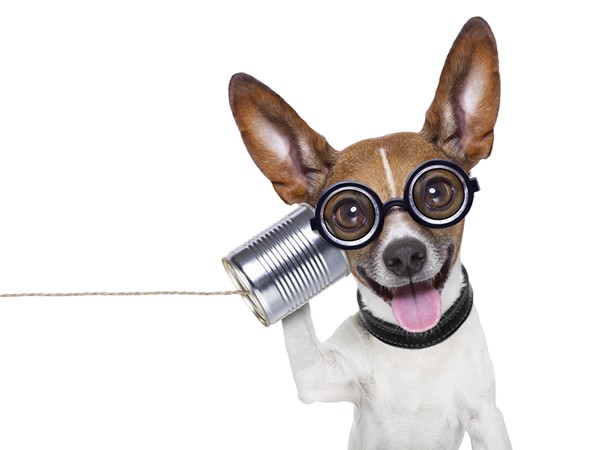 It is often said that we hear with our ears but we listen with our brains. The truth is, as human, our brain, due to its unique genetic inheritance, is hardwired to deploy a fundamental and primal prediction-based strategy that manages and conserves neural resources to deliver perception, understanding and imagining in a single package when listening.

In essence, when we listen to other people talk, our brain’s biological need for efficiency, prediction and planning overrides our social need for active and emphatic listening therefore making the need to listen a skill that must be relearnt. Or at the least consciously performed!

Viewed from this point, the challenge of active listening requires no less than a willful override of the brain’s preferred mode of operation and to employ a purely bottom-up process to become truly open to the input of others.

The statistics on the act of listening and its importance is mind boggling.  To buttress the thoughts elucidated above, here are straightforward reasons why we are so easily distracted from listening;

So this enormous differential means our minds wander more often than it should as it is seemingly under-utilized.

With the world being a series of visual cues that demand our attention constantly, our ability to hear—and later, to listen—in the midst of the overwhelming distraction and under-utilization of the mind for the same purpose has turned listening into a painfully difficult skill that requires the conscious self.

This therefore lays credence to the statement that “It takes a great man to be a good listener”.

But because women are better listeners, perhaps we change that statement to “It takes a great woman to be a good listener” Research has shown that men only use half their brain to listen while women engage both lobes.

Since we spend 45% of our normal day listening to other people(that is an awful lot of time), there is therefore a good reason to develop a good listening ear.

What does Dale think?

Dale Carnegie in his book “How to win friends and influence people” wrote that;

If you want to know how to make people shun you and laugh at you behind your back and even despise you, here is the recipe: Never listen to anyone for long. Talk incessantly about yourself. If you have an idea while the other person is talking, don’t wait for him or her to finish: bust right in and interrupt in the middle of the sentence.

He goes on to include more salvos;

Remember that the people you are talking to are a hundred times more interested in themselves and their wants and problems than they are in you and your problems. A person’s tooth ache means more to that person than a famine in China which kills a million people. A boil on one’s neck interests one more than forty earthquakes in Africa.

“Listening is an art that requires attention over talent, spirit over ego, others over self.” Dean Jackson

Many of us can relate with the fact that there’s nothing worse than having a conversation with someone and feeling like you are the only person involved.

Active or empathetic listening is a complex skill in which the listener suspends his own frame of reference and fully attends to the speaker’s point of view with curiosity.

Sometimes all a person wants is an empathetic ear; all he or she needs is to talk it out. Just offering a listening ear and an understanding heart for his or her suffering can be a big comfort.

But today people are no longer listening. They practically resist listening to one another. This generation of young millenials find face-to-face encounters trying and phone calls intrusive, preferring text, wordless emojis and short social media messages only where it is unavoidable. Many people refuse to listen to opposing views, shouting down or walking out on speakers who challenge their thinking. If people are listening to anything, it’s probably through the ear phones, safe inside their own curated sound bubbles.

Without going deaf, we have stopped listening! A significant deviation from our natural evolutionary instincts. We are the Deaf Listeners!!!

It is therefore important more than ever that we do more of listening than talking, afterall we have two ears and one mouth, carefully designed by God in the proportion for which they would be used.

“Wisdom is the reward you get for a lifetime of listening when you’d have preferred to talk.” –Doug Larson

How then do we truly listen?

Because the art of conversation lies with listening, here are seven steps that are guaranteed to help you improve your listening skills;

1. Banish all distractions: If having a conversation at a particular time subjects the listener to the throes of extreme distraction, the conversation should rather be rescheduled than to fool the other party into a complete waste of their time. To listen actively, you must stay clear of all the distractions and weak spots. Focus on the subject of discourse.

2. Have an open mind: You cannot afford to be judgmental as your pre-conceived thoughts will color your understanding and perception of the information from the speaker.

3. Capture the message: Concentrate on what is being said. Use all your senses to receive the true message of the speaker. Focus on the message.

4. Support the speaker: Eye contact, head nodding, spark-word repetition (if they have a lot of energy behind a phrase or word, repeat that word. It shows you are following their interests, not yours. Please note that nodding in agreement or making short comments will get the speaker to delve more into details while a simple ‘Yes’ or ‘That makes sense’ is all you need to say in response when the speaker is trying hard to say something more.

6. Let Silence happen: Pauses and gaps are normal in a conversation. It’s not necessary to fill in a pause. Sometimes, people need a little time to process their thoughts and to think about what they’ll say next. When you don’t rush in to fill a gap, the speaker can resume what they’re saying and share something they are working out in their mind. It’s important to let natural silences happen. Do echo your thoughts with theirs.

7. Watch the body Language: In a face-to-face situations, you need to pay attention to the speaker’s body language and tone of voice. During physical conversations, the human body says more than we would like and many times we have no idea that it does this. Important to note is the emphasis on particular words, pauses, and tone of voice.

“One of the most sincere forms of respect is actually listening to what another has to say.” —Bryant H. McGil

I will conclude by saying, that listening is a skill and it must be consciously learnt and performed repeatedly until it becomes a part of our normal lives.

I must acknowledge one of the greatest listeners I have had the privileged to work with throughout my career- Engr. Adekoya Ladi.

He is such an amazing listener, his understanding of the power of listening is worthy of emulation.

No matter what he is doing at the time I approach his desk, he will turn his face away from his laptop and give undivided attention. Sometimes he would do so with a pen and jotter, at other times, he would plead for 2mins to take his eye off the laptop (to complete the task at hand, since I don’t initially give a hint of my coming) in order to provide this “free but valuable service” of undistracted attention. Not once did he share this period of listening with work on his laptop or other task.

He would even apologize to me when someone randomly ask a question of him thereby disrupting our engagement even for the shortest time.

It is indeed special and I have learnt that bit from him. He can’t take it off me…lol

2 thoughts on “The Deaf Listener”