The Herd Instinct -A snowflake doesn’t realize that it’s a part of the avalanche. 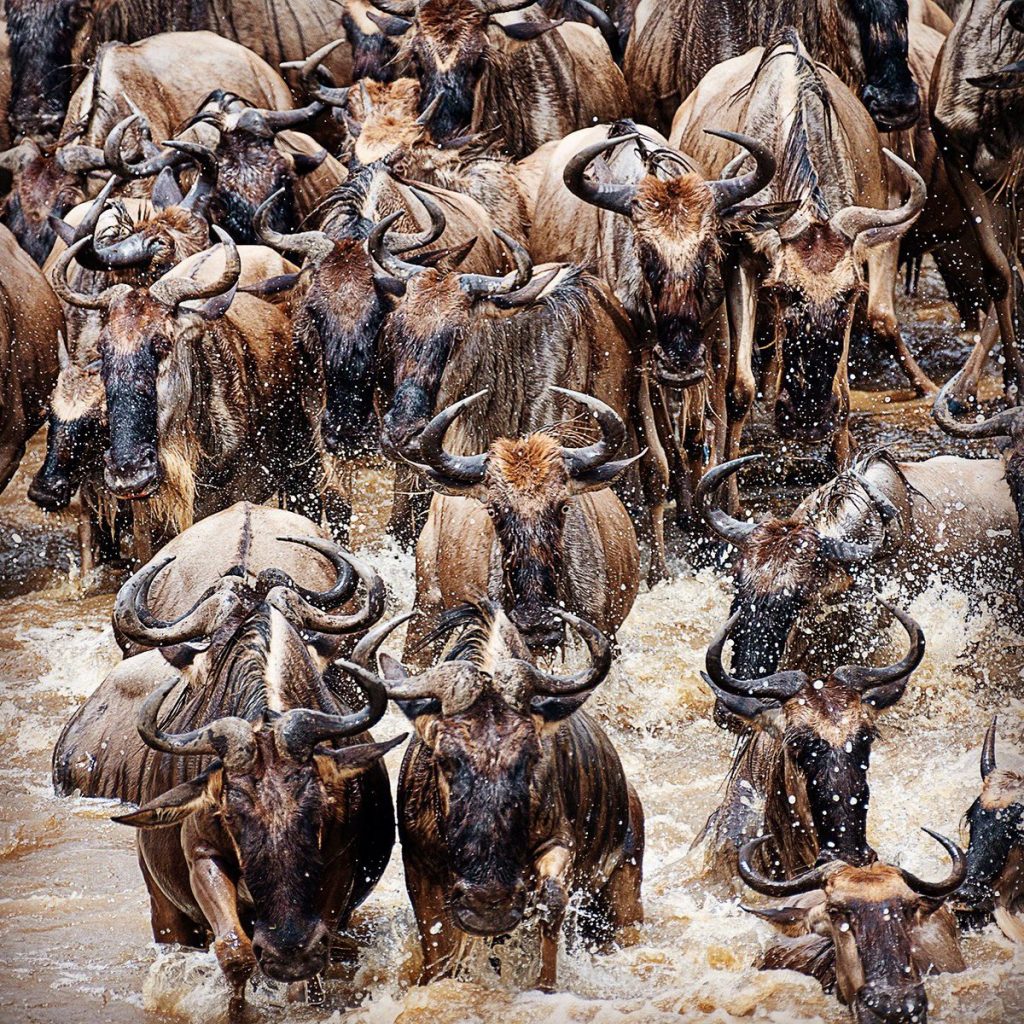 “Unity makes us strong, but does it make us wise?” Anonymous

Over many centuries, leaders have benefitted immensely from the herd instincts or mentality. Leaders perceived as having strong influences have wielded power over their followers or subjects in ways sometimes reminiscence of cult followership.

Some leadership style did not permit people to think independently and thereby took control of their actions through the social influences and the power of new affinities making it difficult for individuals to break out of the pack.

Some historians believe that Adolf Hitler purposefully took advantage of herd behavior psychology by planting a significant number of undercover German officers in the crowds at his speeches. These officers would enthusiastically cheer for Hitler, and the rest of the crowd followed suit, making it seem as if the entire crowd supported Hitler.

What then is the Herd Mentality?

Herd mentality describes a behavior in which people act the same way or adopt similar behaviors as the people around them — often ignoring their own feelings in the process. It is the widespread tendency to behave instinctively in the same way that most other people do.

Think of a sheep blindly following the flock no matter where they go just because that’s what the herd is doing.

The term “herd behavior” comes from the behavior of animals in herds, particularly when they are in a dangerous situation such as escaping a predator. All of the animals band closely together in a group and, in panic mode, move together as a unit. It is very unusual for a member of the herd to stray from the movement of the unit.

That “follower attitude” might be a positive adaptive behavior and social cohesion factor, but it can also make the person lose his/her mental independence and free will, so as to fit social norms or perform irresponsible behaviors.

Where is this mentality from? 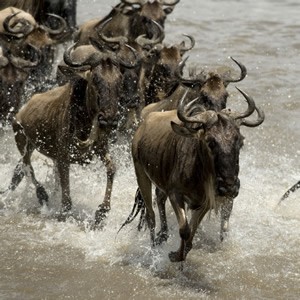 The herd mentality seems to come from the primitive “animal brain”. Staying inside the herd was a protection against predators. Also attacking preys in packs gave more strength.

Humans are very much herd animals and the herd instincts contains the evolutionary codes for our social life and the propensity for group cooperation and our collective territoriality.

Many people today still seek those traits that made survival possible back in the Stone Age: an instinct to fight furiously when threatened, for instance, and collective drive to hunt in packs. Human beings are, in other words, hardwired. You can take the person out of the Stone Age, evolutionary psychologists contend, but you can’t take the Stone Age out of the person.

So why does that old animal reaction still persist among humans?

One reason is in some (real or dubious) perceived advantages of acting in the wake of others. It is still seen as a way to do things together to adapt to the “cruelty” of nature.

It often has a connotation of irrationality, as people’s actions are driven by emotion rather than by thinking through a situation. Human herd behavior can be observed at large-scale demonstrations, riots, strikes, religious gatherings, sports events, and outbreaks of mob violence.

When herd behavior sets in, an individual person’s judgment and opinion-forming process shuts down as he or she automatically follows the group’s movement and behavior.

Herd behavior in humans is frequently observed at times of danger and panic; for example, a fire in a building often causes herd behavior, with people often suspending their individual reasoning and fleeing together in a pack. People in a crisis that requires escape will attempt to move faster than normal, copy the actions of others, interact physically with each other, and ignore alternative strategies in favor of following the mass escape trend.

A more obvious example of human herd behavior occurs in dense public crowds or mobs. Crowds that gather because of a grievance or protest can involve herding behavior that becomes violent.

Sporting events can also create herd behavior on a violent scale. Overzealous fans of football teams often engaged in unruly or destructive behavior in the name of supporting their team and intimidating the rival team, to the extent that people involved could be badly injured or even killed.

How does Herd Instinct affect our decision making?

A series of documented research experiment concluded that when people set aside their strong opinion about the choices presented to them, they simply mimicked the people around them. Rather than asking questions, or spending time learning about products, people deferred to the “social default. A classic sort of mental laziness.

The primordial feeling of comfort that a group provides is too attractive/addictive to quite a lot of people that it simply relieves them of the stress of making a decision at any one instance. The fact that imitation is the source of social learning also makes a great case for herd behavior.

Herd behavior does not always have harmful effects though; it can be influential in people’s everyday simple decisions. Let me share a vivid example of this.

Suppose that a family is walking down the street looking for a restaurant to have dinner, if they pass a restaurant that is empty and one that is relatively crowded, they are far more likely to choose the crowded one, on the assumption that it’s better because there are more people there. Herding can be subtle in this way; it simply involves people’s tendency to follow a crowd rather than carve out an individual path in many situations.

Herd instincts can be observed in other social behaviors such as “liking” a video on social media that already has a lot of comments and likes or selecting/buying a product simply because it has been advertised as the most popular choice by other customers. It can be exploited in virtually every facet of retail business and can become rather addictive for executives who have a hang of this.

For as long as individuals continue to be overly influenced by their neighbors, rather than rely on their own instinct, groups will become less responsive to changes in their natural environment. Here is where herding becomes a double-edged sword with various impacts.

Herd behavior is irrational, it satisfies a natural desire to be part of the ‘crowd’ and this could damage our ability to make the right decisions even when following the crowd is not necessarily the correct decision.

But in making a critical decision about choices that can potentially change our lives, how can we avoid falling neck deep into the herd instinct and losing our personality during this process? 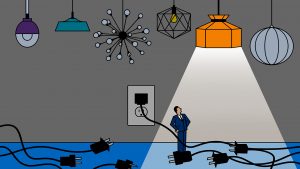 The challenge here is in evaluating personal beliefs especially when they contradict what others are doing. We must find a balance between herding and deliberate choice in determining our everyday thoughts and actions.

With the risk and fear of retaliation or at least isolation from others, decision making must be based on proper judgement from adequate information.

– Take some time to gather the necessary data to inform your decision, even if the timescale is very tight. If necessary, prioritize your information-gathering by identifying which information will be most important to you.

– Separate facts from falsehood by applying discernment. This is the ability to tell the difference between truth and error, right and wrong. Not all data is good enough to take decision with. Question your data source, question the fine prints of the almost unquestionable information or presentation. Think deeply and discern.

– Apply common sense and logic to making a decision after considering all stakeholders interest and the desired end or the common end/goal. Here is where rational thinking comes to bear. “Use your brain”

– One strong step I often include in this process is Iteration. Here I determine the different scenario that could happen as a result of different choices made. Here is a quick fire way to weigh the end game between various choices in order to get the best option. Here experience will play a great deal of help. Where experience is lacking, seek the opinion of someone who is better experienced or vast in reaching a good and acceptable choice. 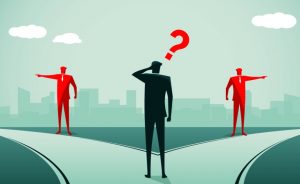 Our personal choices (especially) should be informed more often by our desired end/goal or the compromise thereof within the context of the problem. Rather than by emotions or herd instincts which are not tailored towards our personal goals or plan.

Just as there are no two people who are the same, our life direction and path although may appear similar but are nothing alike. We are a product of our choices and if those choices are not made rationally, then we are like the majority who will never stand out!

The Herd mentally will continue to serve our interest in many life endeavors just as the comfort and practicality of following common mental habits will continue to keep us in tune with our primordial behaviors within the society.

But many personal decisions must remain with US- at a price paid by the individual, not them!

When in Rome, do like the Romans; this is probably why the Roman Empire collapsed.

3 thoughts on “The Herd Instinct”