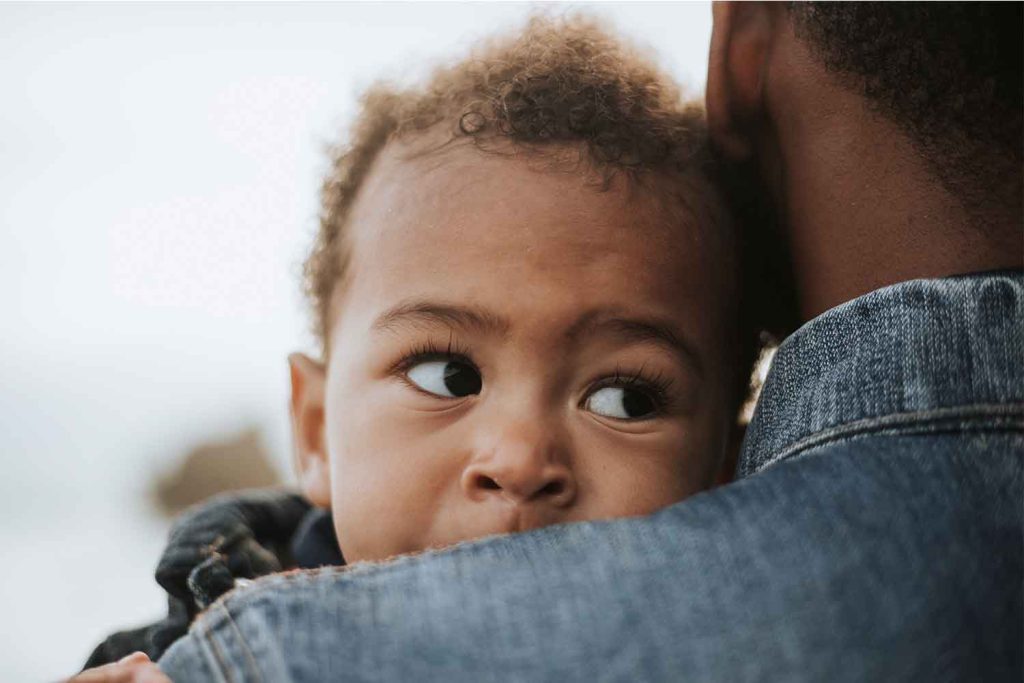 Adora looked out of the window as the cab raced past a cluster of wooden kiosk by the road curb at dizzying speed. She let her brain daydream for a bit but her eyes could barely keep up with the sceneries that changed as the car rocked from side to side on roads that had craters in place of speed bumps.

The baby in her arms cooed noisily reminding her of the reason for the short trip to the central business district on the Lagos Island, where tall towers of the city stood in resolute togetherness all year round. She didn’t have to rock her baby to sleep though; the bumpy ride did about enough.

“Honey, we all mess up. Once in a while we mess up real bad. Then we learn from that mistake, we make amends if that’s required, we move on to become a better person” that was her inner voice of reason reminding her that despite her anxiety, she was doing just the right thing. At that point, right and wrong had no meaning for Adora, what mattered to her was how to get her life back.

When the cab stopped, it was in front of a concrete monolith dotted with scores of windows, that rose 15floors heavenward, inviting the eye up into the blue sky. Adora didn’t bother to look upwards as she struggled with the baby carrier while she paid the fare.

Adora’s floral midi dress sat on her skin as soft petals; classic, figure flattering, feminine and made for natural movement. The right clothes had a way of bringing out the best in her. Men turned to ogle whenever she walked past, and it didn’t bother her much because she had gotten used to it all her adult life. She could feel their gaze on her bare skin whenever her long slit gave a glimpse of her velvety smooth thighs.

Adora was a beautiful person, not in looks, though she was pretty enough, but she had a stunning and electrifying figure to kill for; something Stanley, her ex-boyfriend, didn’t fail to admit.

When the elevator door opened into the expansive waiting area on the 11th floor, she was thankful that the 3-month-old infant was still fast asleep. In those three months and the months before, she had been using hormone-mimicking drugs to induce lactation, followed by a breast pumping routine to ensure milk production for her infant. This became necessary after the surrogate mother that Stanley and herself had hired, opted to relocate out of the country only a few days after delivery.

“Adora my dear, I hope I haven’t stressed you much coming all the way to the island. You wanted to see me yeah?” George welcomed his best friend’s ex with a warm embrace.

With pleasantries done, he bent double, with both hands crossed behind, while his tie dipped downwards, to catch a glimpse of the sleeping beauty in the baby carrier.

“He is so cute, isn’t he?” he asked rhetorically.

“It’s a “she”. I thought you knew this” she snapped. George nodded.

“How have you been Adora?” he asked, genuinely worried as he walked her into his cozy corner office.

“Please take a seat. Tea?” He beckoned to the neatly arranged glass teapot set, as he sank into his executive chair, adjusting on the second bounce before placing his elbow on the mahogany table.

“No thanks, I am just fine”

George was a successful investment banker who worked more times than he partied, in sharp contrast to the lifestyle Stanley preferred. The two men were an odd mix; George had been married for 5years to one woman with two kids of his own, while Stanley had three kids from three women, none of whom he married.

Stanley was an IT specialist, successful in his own right, wasteful in spending with a penchant for the fast life. George was the calm, assuring guy with his head screwed right. He invested half his earning in financial instruments to safeguard his future. They were quite the opposite, yet best of friends.

Soon Adora got into animated conversation with George about everything; speaking of her travails with raising the newborn all by herself and her struggles to breastfeed her even when she wasn’t lactating properly. She cried when she spoke about how difficult it was to reach Stanley, who had effectively blocked all forms of contact with her since the surrogate handed the baby over to her.

George’s soothing words didn’t help much, but he offered them, nonetheless. Stanley had warned him never to give his new phone numbers nor his house address to her. There was not much he could do.

Soon enough, Adora’s phone rang for a moment, and she excused herself, leaving the baby carrier on the mahogany table where she put it when she entered the office. She walked briskly out of the office with her phone to her ear, just as George buried his head into his laptop screen. He was glad to get a breather, so he could review the report for the upcoming board meeting.

And so it was, that 30 minutes later when he heard the first whimper of an infant in his office, he wondered how it got there. His gaze focused on the baby carrier, like it was a strange object that only just appeared before he started to wonder why Adora hadn’t returned from her call.

Curiously, he peered outside his office door across the reception for any sign of her. Seeing none, he shrugged and continued with work.

When the baby broke into a loud hunger cry an hour later, George got off his chair, spinning it sideways, as he reached for the baby carrier, confused. The cry decimated the peaceful work mood in the office stirring his co-workers and associates.

Irritated, he picked up his mobile phone, punching numbers as though competing for the fastest fingers.

She answered on the second ring.

“Adora where are u?” his voice was intentionally calm; he wasn’t sure what was going on.

“I am at the Murtala Mohammed international airport, just about to board a flight to Australia. Please give the baby to her father”

“Airport kwa?” his voice hitting high notes as everyone in the open office turned his direction.

“Australia” At this time, his voice went a notch higher as peering eyes became even more curious.

“The baby nko?” his voice softened as he looked at the infant gasping for air and about to begin another round of crying.

George shook his head as the call ended. He couldn’t stop shaking his head. His associates soon gathered around his desk with questions too numerous to answer.

“Where is the mother?” His secretary asked.

“I saw her take the elevator going down” another colleagued volunteered an answer, hoping it would help.

“Can someone look for her, she may have been lost on the wrong floor”

“Did you say airport sir?”

“But she was on a call about an hour ago”

“Did you say airport sir?”

“Do you know this lady?”

“Should we call the police?”

George looked distraught as he handed the baby gingerly into the arms of his secretary, defeated.

The voices of his colleagues drowned in the tumultuous thoughts raging inside his head as he considered his next line of action.

“Keep this child quiet please” he barked amidst the commotion with irritation and disgust written all over his bearded face.

Some people never escape their childhoods, not really. It was like a part of them just didn’t feel safe in the adult world. Stanley was like that, always chasing big and audacious dreams so he could hide from his fears. His fear was his ultimate challenge and his demon to slay, yet he kept his iron grip, by exploding about small things he could blame on anyone but himself.

He couldn’t afford to fail at anything he set out to do. He failed too many times while growing up that the shame never quite left him.

His relationship with Adora spanned five of his youthful years. They had met at a cocktail party in honor of the Ambassador for Ethiopia, who was raising intervention funds to assist local refugees displaced the same year the Tigray War started in Ethiopia.

They hit it off almost immediately leaving behind some years of bliss, intimate romance, crazy parties, emotional rollercoaster, juxtaposed with the horrible agony of a series of abortion, bitter, condescending fights and occasional ghosting.

Adora loved Stanley more than she let on, but she struggled to manage his moods, irrational behavior and difficult stand on issues of common interest to both of them.

It was Stanley who first suggested that they paid a surrogate to carry an embryo created using an eggs from Adora and his sperm. He was fascinated with the technology and prospect of having a child without the stress of carrying and tending for the pregnancy. This was after he had been contracted and paid to provide a software solution to a medical laboratory that performed vitro fertilization.

It was Stanley that spent countless weeks convincing her that it was in her best interest to get a surrogate, especially after all the abortions they had agreed to during the relationship and the possibility that she may have been badly scarred for life. The last procedure left her half dead for a whole day and the doctor gave stern warnings to her about her reproductive health.

She only consented because Stanley promised to marry her once the child was born.

They spent countless hours looking for an agency to find a matching surrogate. When they found Rose on the third week, they both agreed she met all the medical and legal requirement. That started their journey into surrogacy.

George was upset. No, angry. No, LIVID! He couldn’t imagine how he got dragged into this mess. Although he was behind the wheel and his gaze locked on the road, his self-control was hanging by a thread, heck, hanging in the air!

His well laid out plan for the day to review the report for the board meeting was in jeopardy. Thankfully his secretary was able to get some baby food for the child and rocked her to sleep.

Stanley hadn’t been answering his calls and he must have tried his number a dozen times already. Now he would have to drive all the way to his house on the other side of town to hand his “infant” over to him.

He looked at the baby carrier on the passenger seat as he drove within 10meters to Stanley’s apartment.

“You are going home to papa” he mocked.

Thankfully Stanley’s car was in the parking lot. He was home!

Please read the second part of this pulsating drama here.