Blood in the Water - Chapter 2 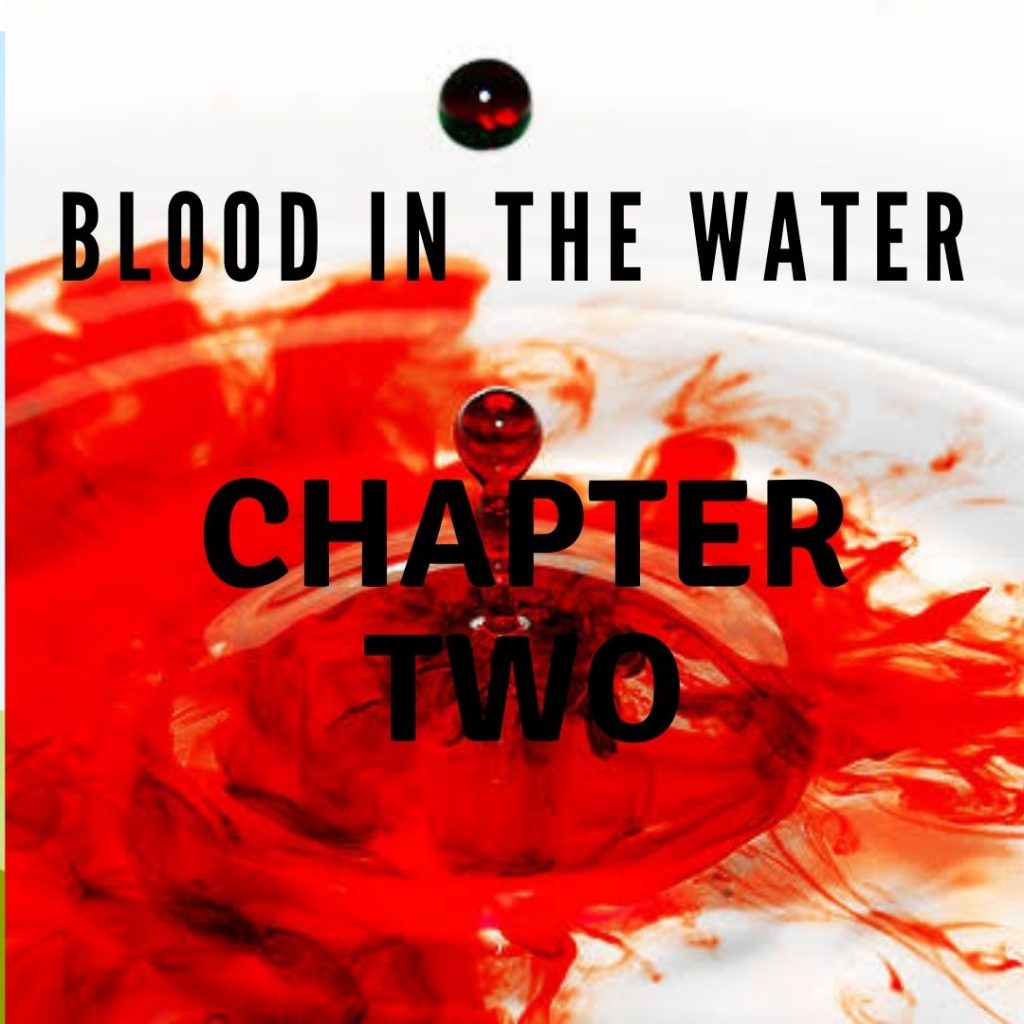 Collins and Princewill have been friends for only a couple of months. They had an astonishing common interest and for as long as they shared the same passion about women, sex, drinks, the excitement, extravagance, and risk-taking of life on the fast lane, then they were destined to be friends for life.

They met at a popular lounge bar nestled in the “crocodile” city of Kaduna in Northern Nigeria. The bar had become their refuge where they made believe that they were in a caring society.

The city was divided along clear ethnic lines – a uniqueness that restored relative calmness in the aftermath of devastating pockets of violence for two decades. The Natives of the North inhabited mostly the Northern part of the city, while the visitors turned the southern ranks into their self-styled Sodom and Gomorra. The dichotomy was the panacea for peace.

Because Kaduna was the industrial center of Northern Nigeria for many years, it attracted some of the finest and well trained professionals around the country in almost all fields. The textile, machinery, steel, aluminum and automobile industry lent credence to the continued influx of visitors into the city. This was in addition to the military cantonments and settlements dotted around the city. And so with the professionals came new settlements, new families and the inevitable explosion in population and subsequent growth in the economy of the state.

With a good mix and representation from major ethnic groups around the country finding a friend wasn’t supposed to be a difficult task. But for many months, Collins spent the evenings at the tables sitting across imaginary friends in a transient community where you couldn’t quite trust anyone. The brick walls he had set up had always been his cocoon for the times he needed their sanctuary and no one dared share a table with him except he invited them.

In the midst of the noises of people, their scent, their occasional glances and the chatter of the attendants, Collins would smoke a pack of cigarettes or two along with the finest bottles of cognac while he peered at his mobile phone until he could find a companion for the night. One worthy of his time and discretion. He never picked the same girl twice. He couldn’t risk his business and he wanted no sticky attachments.

Princewill had joined his table one evening uninvited and he paid no attention to him until he caught a whiff of his perfume. It was familiar and exotic. It had to be from a man with refined taste and elegance. When he looked up, he couldn’t help but notice the self-confidence oozing across the table and the charming looks that accompanied it.

Their conversation was easy and their friendship was sealed that night. They were both into wire frauds and internet scam. It was a federal crime and carried maximum sentence of 20years. Collins had relocated to Kaduna to evade arrest after the relentless raids by the federal agency- EFCC appeared to be closing in on him. He had abandoned the duplex he purchased in Magodo, Lagos and a fleet of exotic cars so he could lay low in Kaduna away from the eagle eyes of the predator-agency. It was a painful decision he had struggled to make at the time, but when he thought about spending time within the cold walls of Ikoyi prison, he shuddered at the thought and the final nail was knocked into the coffin.

Princewill on the other hand was only just getting into the swing of the internet “love” scam. He was a discrete drug dealer. He ferried drugs across to the Northern part of the town where the uber-rich kids of the Northern elites would pay anything to get stoned.

They were a perfect match. They weren’t in competition and both had a distinct taste for women; their interest was common yet diverse.

That Friday night was going to be different, they wanted to try out a new club smack in the city. It opened a week earlier and what better way to celebrate their recent windfall than at the new joint. As far as discretion could go, both men knew they had to stay out of the spotlight. They never drew undue attention to themselves and they weren’t about to break code that evening.

But they couldn’t resist the ecstatic allure of trying someplace new and having the fun of their lives.

They rode in Collins Honda Accord.

“Tonight is going to be lit bro” Princewill’s excitement was palpable and infective.

Through the windows of the car came a luxuriant panoramic view of the building housing the club and premise as the car hugged the black tarmac, bright headlamps illuminating the parking lot.

Collins nodded his approval to the dying beats from his car stereo as he wheeled his Honda into the parking lot of the night club to the welcome sight of rainbow of lights and the silhouette of half-naked ladies in the giddy darkness.

The cars in the lot were nothing but the latest luxurious models glimmering in the night sky.

But it was the sight of the ladies that brought a frisson of joy to Collins loins. He already liked the new place.

In that nightclub, the expectation was simple; they hoped to get what they craved for – total permission to feel elation, to feel the sort of bond that was denied in the coldness of the streets beyond and to explore the finest ladies available to spend the weekend with.

The muffled sound of the music on the dance floor welcomed them as they alighted and shut the door to the car. Inside the club promised to be tone deaf as long as the vibration from the parking lot could reveal.

Collins took deep breaths, filling his lungs with the cool air from the northern breeze. He felt liberated. He checked his pockets for his debit card, some stash of cash and his wallet- his body check was a routine he never failed to make.

As far as they were both concerned they were celebrating Collin’s recent haul of 23,000dollars he nicked off one of his many unsuspecting “clients” in Europe. He had marked the “client” for many months and his effort finally paid off that morning. He hadn’t earned such an amount in months and so it felt like a real breakthrough of some sort. And since he had little to celebrate for many months, this one was going to be a levitation he was going to share with Princewill in hope that it raises them to a higher plane of success.

The crowd that night was decent. Hippy dressed young guys and ladies dressed to the hilt queued to get cleared into the dance floor.  Short skirts that showed more flesh than it could hide and sexy tops that bared-it-all appeared to be the general consensus for all the ladies. They looked to out-do each other in how much flesh to show and whose skirt was shorter.

Collins and Princewill didn’t have to do much to get pass the stern looking security. They paid for the ticket and got the wrist band before walking confidently to the VIP section of the club just overlooking the dance floor. They weren’t going to sit with the commoners, not at this new club. They also wanted a vantage position to see the ladies and to select the crème de la crème.

If the dance floor could speak it would be a tale of enlivened souls. The kaleidoscope of beaming and flashing lights created an intoxicating primal need for anyone in that arena to join the fray.  A couple of ladies had already broken the duck dancing away to the banging music from the disk jockey. For the two friends, it felt good to be in the chaotic atmosphere of smoke, drink, ladies and music.

When the first champagne they ordered arrived with firecrackers and pomp, they drew the attention of two sexy ladies a few tables away. Even when they lured the ladies with their stares, they didn’t take their unspoken offer to join them on the table. They instead ordered unsolicited drinks for the ladies earning their smile from the distance. They still didn’t bulge.

Even though Collins knew that being drunk switches off the best parts of the brain leaving him at the mercies of his subdued self, he ordered the fourth bottle of champagne. By this time, they were both intoxicated enough to walk up to the two pretty ladies to ask for a dance.

This time the ladies obliged.