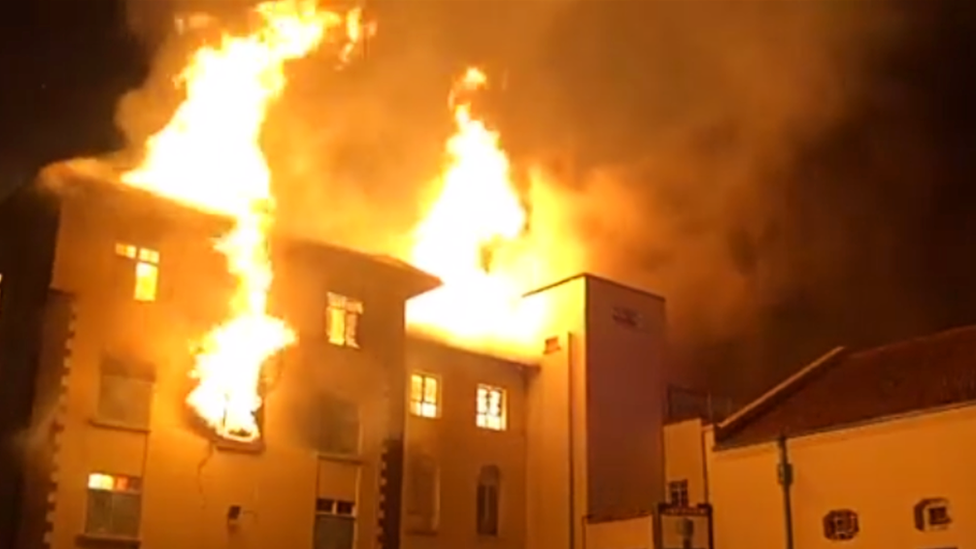 Catch up on Chapter 10 here

One on the loose

It was dawn and Benjamin stood at the bus park with a handful of passengers impatiently waiting for the first bus out of the bus park. He had spent the night with the kiosk owner, where he had late dinner the night before along with his small community. 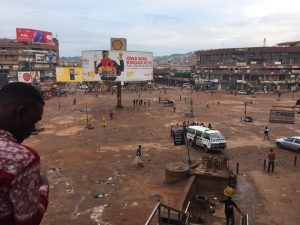 Thankfully his fluency in Hausa, the local language, was the pass that earned him a corner space just behind the kiosk to rest his head. He barely slept, he had a lot going through his mind. Questions whose answers he had no inkling.

That morning, he looked like what he had been through; his eyes were bleary, his reactions slow and tiredness was running through his veins like his blood.

A couple of minutes later, a half-full bus trundled into the bus park and stopped with a jerk as its engine let out a deep sigh as though reminding itself of the heavy weight it was about to carry. The driver pulled open the sliding door using both his arms and stood to take money. Crinkled notes were offered randomly from the waiting passengers as there wasn’t a queue. It looked like the preference was for the females first. Benjamin’s attention shifted to the bus.

The bus was a clanker, it was anything but luxury, it was dirty and the seats were dulled by grime of many years. The paintwork was barely a hint of white under the thick red dust of the region. The windscreen had only a section clear to see through, the rest was baked on dirt. Ben made a note to look at the tires before he paid – they were threadbare and bald.

“This clanker is older than the driver and they look just about the same. His dusty hair and dirt filled fingernails told only half the story” Benjamin thought. He shook his head as he handed his fare to the driver and then climbed into the 14-seater bus. He was the last passenger going that route and he took a cramped seat by the window right at the back of the bus.

Inside it was a curious mixture of bored and anxious faces. it was a two hour trip according to his electronic map and he was itching to get off the bus already.

The journey started and soon they left behind the monotony of the smooth highway for the bumps of the untarred roads as the bus rocked from side to side.

Then he thought through his plans. They were sketchy at best. He had to get the village to mine as much information as he could to provide some clarity into the clandestine  activities of the agency.

Clearly they weren’t a bunch of people to mess with. Everything about them seemed sinister.

He picked up his low-end mobile phone. He had purchased it off one of the “mallams” the night before who was gracious enough to sell it along with the SIM card. There was no need to register the SIM, he figured that it would leave digital footprints that would make it easier to track and locate him.

By now he could imagine that “they” had his old phone. He had to be discreet.

He dialed Allen’s number-one of the few he had committed to memory from constant use. It rang twice.

“Dude….where have you been? I have been trying to reach you since yesterday. Are you okay?” his opener was laced with genuine worry.

“I am fine mate. Got a few issues to handle” His voice echoing through the bus causing a stare from the few that were awake.

“I’ve got some bad news. Your apartment was gutted in fire yesterday and it was completely razed down. It so unbelievable. No one could tell what actually happened, but I hear someone broke into it late last night”

“What!” Now everyone in the bus was startled. “Oh My God” That moment words left him, his mind went blank and his eyes wide as he stared out of the window in horror. First he felt a cold shiver down his spine that was soon replaced with burning coals of anger.

“Everything is gone bro, everything! Everyone called your phone late last night but couldn’t reach you. I will handle the police reports and all from this end but you need to come in person soon enough. Have you heard from Linda?”

He dropped the call. He needed both his hands to hold his head, grabbing his skull in a vice-like grip as though preventing it from expanding and exploding. His fingers combing through his hair as though caging all the rage that was building inside and yearning to come out faster than molten magma erupting from a volcano.

He held his head firmly, gritting his teeth from effort to remain silent, his hunched form exuding an animosity that was like acid –burning, slicing and potent. He was livid with suppressed rage.

Now he has got nothing to lose. All he worked for in the last decades have been reduced to ashes and he was all he had. If this had anything to do with this investigation then he was going to get to the bottom of this even if it cost him his life.

He turned to his phone and then opened one of the search engines to download a picture of Mr. George. He would need this for his investigation. He downloaded a couple of images and then looked up the map to situate his location on the journey. They were only a third of the journey gone. 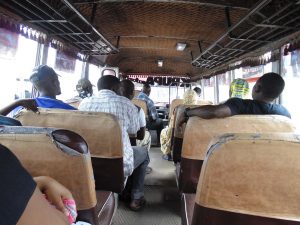 He woke up to an animated ambience in the bus about an hour later. He observed the other passengers keenly through hazy eyes. There were those who chattered away, their voices rising and blending together in the sweet ritual of friendship. Some absorbed in music through the earphones plugged into their ears, others drifted into worries that will erase themselves on arrival, when their body rejoins the world of moving and speaking to others.

It looked like they had arrived Keffi town- his destination. From there he would need to board a motor cycle to the Bagaji village, his first port of call. He was glad to come off the bus. He looked back at the bus as it labored away on its journey to the North. Its exhaust dangling loosely and spluttering out thick black fumes as it revved through the crowded junction.

“Did he just get off that object? It sure belonged to the museum” He wondered
His body already felt beaten and worn, yet it was only 9am. 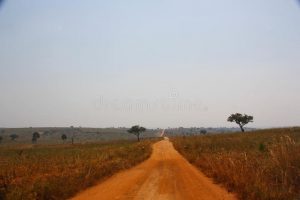 40mins later, the motorcycle meandered its way through dusty visage of a solid track that left a vortex of dust plumes into the previously stagnant air as it sped through. The air had a musty smell and Benjamin had his hand over his nose and mouth throughout the journey.

The track followed the curves of the earth, sometimes up on a crest and at other times through foot beaten paths competing with the locals trudging the dusty plains on their feet.

It was also welcoming to the softest of soles when he alighted from the motorcycle and paid the fare. The dust laid so thick, it seemed to wrap around his feet. It was a depressing dirty brown. To think that it was ninety percent dead skin cells was just revolting.

The heat was almost unimaginable. It was so devastating Benjamin initially thought he was going to shrivel up on the spot. He hadn’t realized that the winds as he rode on the motorcycle had given him a false impression of the intensity of the heat.

He walked briskly to the nearest shade – a leave-bare tree that was an undisputed evidence of the dying foliage. He felt parched and longed for water. He was certainly unprepared for the sort of weather in Bagaji. He had no hat to protect his head, no sun glasses to salvage his eyes, and not a drop of water to keep him hydrated.

He quickly scans the village. A hug of small mud huts were dotted sparsely with trees serving as meeting points for traders or the elderly. The trees that offered a bigger shade had more people underneath them.

A handful of children loitered the place. A few young ladies scurried past with some wearing just a headscarf to cover their head and hair, while others wore a burka, to cover up their faces. None dared to look directly to him.

There was something eerie about the village. The quiet was deafening and it felt unwelcoming even to the humblest of visitors.

He beckoned to one of the playing kids. He couldn’t tell his age, but he guessed he was smart enough to communicate in Hausa or English. The boy joined him under the tree.

“How are you boy?” He managed to ask in English.

“Okay” Benjamin thought. This shouldn’t be so difficult.

“Please take me to the village head” 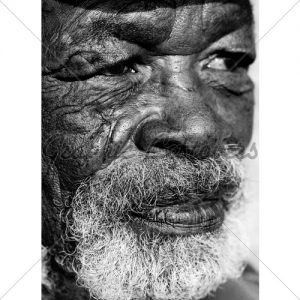 The village head was as old as Benjamin had expected. His eyes were so heavily lidded and weighed down with wrinkled folds that it was almost like talking to someone asleep, yet he was quite alert and calm.

His forehead told of worries past and worries present. He didn’t look very impressed after Benjamin was done introducing himself and telling him of his mission. But when he spoke, his English was unbelievably flawless. No doubt he had the look about him of a life well lived.

“You are welcome my Son. We have had a lot of visitors in the past and we welcomed them openly, but we have paid dearly for our foolishness” Only his bearded mouth moved. Not one muscle moved while he spoke.

“We have come to look at visitors with scorn ever since our children started to fall sick and die. We thought they came to help us, but we realized late that they came instead to steal our joy.

Three years they lived amongst us caring for our needs, providing water, food and medicine. We were blinded by our needs. We thought God had come to rescue us from the sufferings of many years”

He paused as though to take in some air. But instead his moustache was the visual cue of the pain he was masking as he spoke those words.

Then he stopped talking. Silence enveloped the still air, competing with the oxygen for attention. That moment Benjamin fetched his mobile handset and offered the image of Mr. George to the elderly man.

The Village head looked at the phone screen squinting his eyes as recognition dawned on him.

“I have seen this man. Four years ago”