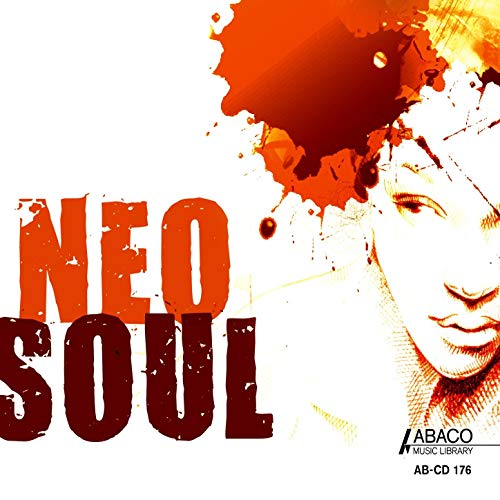 I discovered this genre of music in early 2000s while staying at my cousins’ during holidays from the university. They were a tad older and were totally sold-out and ardent followers of artist like Jill Scott, Lauryn hill and especially D’Angelo’s whose 1995 debut, Brown Sugar was overplayed during many of my visits.

Thereafter I went in search of other artists making this unique style of music and I was glad I did. At the time, there were a good number of them, but Angie Stone, india Arie, Maxwel, Erykah Badu and Anthony Hamilton quickly added to my growing CD rack.

The song was different and all the artists  were good lyricists and super vocalists. Beyond the lyrics, each song was an artistic expression providing clarity on the essence of existence on earth. The lyrics bellowed themes like freedom, eternal peace, enlightenment, road to nirvana, trauma of heartbreak, even career failure and spirituality. At the risk of sounding racist, Neo-Soul felt like music for black people.

Let’s delve further into this music genre and share useful insight into this classical style of music that has come to stay. And I will show you why!

Neo-soul is a musical genre that fuses contemporary R & B and 1970s-style soul with elements of hip-hop. As its name (new-soul) implies, Neo-Soul music is essentially modern-day soul music, with contemporary attitudes and sensibilities. It differs from contemporary R&B in that it’s obviously more soulful, and it also tends to have deeper messages and meanings than R&B.

“Neo means new. Soul is timeless.” Neo-soul is believed to have originated from record executive and D’Angelo manager William “Kedar” Massenburg of Motown Records in the late 1990s to market and describe the style of music that is heavily based on soul music. Neo soul developed during the 1980s and early 1990s, in the United States and United Kingdom, as a soul revival movement.

Influences for what would become neo soul can be found in artists as diverse as Prince, Tony! Toni! Tone!, Sade Adu and Omar.

The music’s sound generally focuses on artist expression, rather than popular appeal and so hasn’t had a defining impact on the American mainstream music scene.

The music was marketed as an alternative to the producer-driven, digitally approached R&B of the time. It has been noted by music writers for its traditional R&B influences, conscious-driven lyrics, and strong female presence.

The Evolution of Neo-Soul

The chart below courtesy of www.stereofox.com provides a run through of the progress that Neo-soul has made into mainstream music in America from January 2004 till 2018. A period of 14years!

You will notice a defining spike around 2013 when neo-music became a commercial hit in and around the world.

In the beginning, one of the earlier influential artists for neo-soul music was D’Angelo and he was known for sultry lyricism and a potent RnB sound. His rise in the early 90s began to sow the seeds of the Neo Soul movement, which is marked by his hit album Brown Sugar.

After D’Angelo’s debut Brown Sugar dropped in 1995, the neo-soul movement began in earnest. That sound from this album was rooted in classic ’70s soul but with a fresh hip-hop swag and Afrocentrism which eventually was a trademark in his follow up R & B album such as Maxwell’s Urban Hang Suite in 1996.

For many, Brown Sugar was already a classic that was going to be near impossible to top. But the magical, mystical Voodoo — taking D to another level as an artist — was instantly his masterpiece. Not only did the LP go on to win D’Angelo his first two Grammys, including best R&B album, but it ushered in a banner year for neo-soul. Erykah Badu is known for her soulful music style and ironically started her career by opening the shoe for D’Angelo in 1994. She is credited for her eccentric style, which often included wearing very large and colorful headwraps.

She was a core member of the Soulquarians and has been called the queen of neo soul.

Badu’s debut album, Baduizm, was released in early 1997. The album met with critical and commercial success. Three singles stood out from this album and they are: “On & On“, “Next Lifetime” and “Otherside of the Game.

That album marked a shift in the music of its time and began what was labeled a “neo-soul” movement. Baduizm received critical acclaim and won Badu two Grammy Awards, for best female R&B vocal performance and best R&B album. Gerald Maxwell Rivera, commonly known by his stage name Maxwell, is an American R&B singer and songwriter.He is credited for spearheading the “neo soul” movement with fellow soul artists Erykah Badu and D’Angelo. His first release, Maxwell’s Urban Hang Suite, is a sterling example of the neo-soul sound that hooked listeners to the genre and garnered outstanding commercial appeal.

He adopted the stage name Maxwell, his middle name, out of respect for his family’s privacy. He has been known to be very private.

“Maxwell’s Urban Hang Suite” was released in 1996 earning him a Grammy nomination for Best R&B Album.

But just when it seemed that neo-soul may have peaked in the late ’90s, there were even better things to come from the genre in 2000. Jill Scott is a soprano who infused jazz, opera, R&B, spoken word, and hip hop in a style that earned it a place in the Neo-soul genre. She is American, a singer-songwriter, model, poet and actress. Her debut album, Who Is Jill Scott? Words and Sounds Vol. 1 was released in 2000.

But it wasn’t until a couple of years later before she got some sort of recognition and chart success with the single “A Long Walk”, which earned her a Grammy nomination in early 2003 for Best Female Vocal Performance. She won a 2005 Grammy for Best Urban/Alternative R&B Performance for “Cross My Mind”. The Soulquarians were a neo soul and alternative hip hop-informed musical collective. The name of the collective is derived from an astrology sign. The founding members of the collective—Questlove from the Roots, D’Angelo, James Poyser, and J Dilla—share the sign of Aquarius. Questlove, D’Angelo, Poyser, and J Dilla came together after discovering they had a common interest for the unconventional—offbeat rhythms, irregular chords, and other traits often exhibited by the underground urban music scene.

Many of these artists have performed on one another’s records, creating a community of like minded musicians forging a style that doesn’t have a name yet. As a member of the Fugees in the mid-’90s, Lauryn Hill provided a soulful counterpoint to the voices of her bandmates Pras Michel and Wyclef Jean, though the greatest moment of her career came after that group dissolved. Her powerful debut album The Miseducation of Lauryn Hill leaned heavily on her hip-hop background, tracks like “Everything Is Everything” showcasing her top-notch rap skills. My blog post “what happened to Lauryn Hill?’ provides a detailed insight into her foray into the world of showbiz and how she has become a misfit.

However, The Miseducation of Lauryn Hill, which won many awards and broke several sales record was her only solo album till date. The album has sold approximately eight million copies in the US alone and included hit singles like “Doo Wop (That Thing)“, “Ex-Factor” and “Everything Is Everything“. At the 41st Grammy Awards, the record earned her five awards, including Album of the Year and Best New Artist.

Her songs which were heavily influenced by 60s-era songs, reggae and some good old-fashioned boom-bap fuses even a lot more genre than our regular definition for Neo soul music, but she easily lay claim to Neo Soul because of her unique style and versatility. Macy Gray an American born R&B and soul singer-songwriter, musician, record producer and actress. She is known for her distinctive raspy voice and a singing style heavily influenced by Billie Holiday.

The name immediately brings to mind the distinctive, raspy voice that lit up the charts around the world back in 1999 with the hit single “I Try.”

Signing on with Epic Records in 1998, a year later Gray released her debut album, On How Life Is, a massive success which launched the R&B singer’s career. Angie Stone is a grammy nominated singer with a voice that truly touches the soul. Aside from her smooth honey-toned pipes she also has an epic songwriting talent comparable to other artists in the genre. She rose to fame in the late 1970s as a member of the hip hop trio The Sequence. In the early 1990s, she became a member of the R&B trio Vertical Hold. In 1999, Stone released her solo debut Black Diamond on Arista Records, which was certified gold and spawned the R&B number-one hit “No More Rain (In This Cloud)“.

The other notable mention are – The Roots, A tribe called Quest!

In my subsequent blog post, we will explore other artists from the third period/era featuring in the decline of the Neo-soul music in the late 2000s. However I enjoyed working on this piece and look forward to doing even more.

2 thoughts on “The evolution of neosoul music”