10 Worship Songs in my morning Playlist 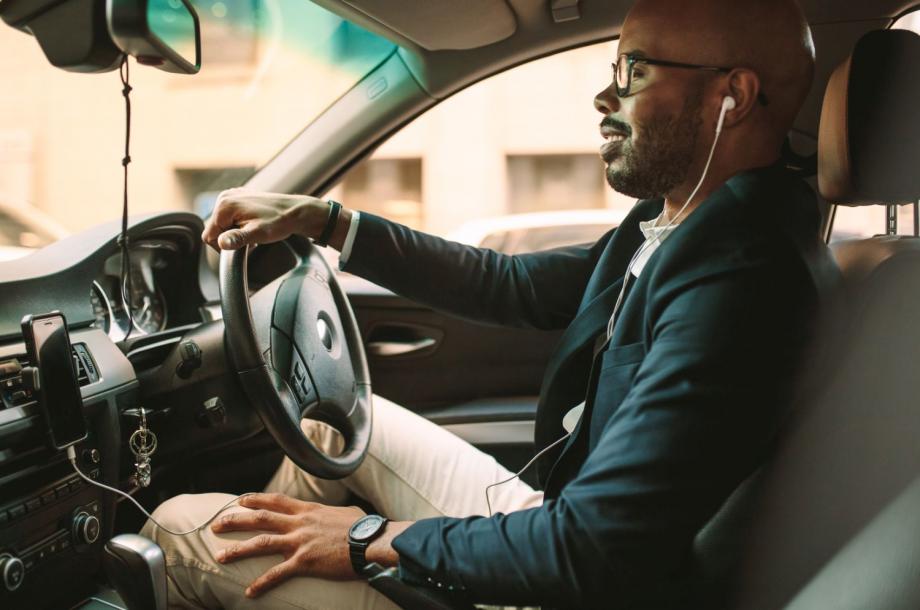 “Next to the Word of God, music deserves the highest praise. The gift of language combined with the gift of song was given to man that he should proclaim the Word of God through music.”—Martin Luther

B ecause the morning shows the day, I try really hard to gemy energy levels up on my way to work everyday.

This in itself can be a very daunting task especially when with puffy eyes and traffic beaten body you still have to endure the ignoble ride to work at dawn.

Many a times, I  honestly struggle with listening to any form of music or sound other than the silence and overwhelming company of my thoughts. My thoughts are buoyed by the drive through the near empty streets in the mornings with the side windows down, so I can at least enjoy the fresh unpolluted gush of the morning dew.

Irrespective of my mood in the mornings, some worship songs will always punctuate my thoughts during that drive and create the needed buzz required to awaken the strength deep within.

That buzz oils my clogged wheels and turns on all the gratefulness in my soul.

In a short while after listening to some of these songs, I would have transited from being giddy from inadequate sleep to being excited, energized and ready to face the day.

So here is a modest list of worship songs that gets me started, I am sharing in hope that perhaps you will find them worthy of your time.

This song was written straight from heaven. No doubt! You will easily get immersed in the depth of the lyrics of this worship song. It is one song that would fit your every mood. It literally sneaks up on you, starts slowly while deliberately and quickly catches up on you. Dunsin performs this song as though leading a worship service with the back-up singers accompanying him in a symphony of choruses unmatched by most songs in this genre. His voice isn’t exactly spectacular, but he makes up for it with the deep lyrics and a short chorus which would get you singing along even before you know it.

One interesting thing about this track is that, you would not need to sing your lungs out while driving. With a solemn mutter under your breath, you will get into the worship mood effortlessly. I have had this song on repeat for weeks since I first heard it and I am convinced you will find this 11min track worth every minute of your time.

More than Gold – By Judith Kanayo

First I must thank Judith for lending me her voice through out this track in the mornings on my way to work.

I am not sure if I sing it better though- you know singing in the car can be mistaken for perfection- but I love the sound of my voice when I listen to hers in the car radio.

It’s an amazing song that brings me to tears almost every time. Even as I write!

She has a beautiful and flawless voice that resonates through the eardrum with the sweetest of feeling. When you listen to the sharp change in the tempo of the song as she picks the first chorus, it will unlock tight knots somewhere in your heart. It is a song that thanks God and worships Him gloriously.

The lyrics of this song will get anyone to recommit to Him and appreciate his faithfulness.

You will play this song twice! Maybe even thrice. It is easy to listen to and the accompanying instrumental allows the song to grow on you. Thank me later!

With Sinach, I doubt if there is anything she sings that would fall below my expectation. She is indeed a gifted singer with a strong voice. Before you crucify me, Yes, the song is mostly in Ibo. But Sinach laces the song with some english verses and echoes the chorus in exquisite Ibo. *winks*.  It even has a rap in complete Ibo! Awesome!

The song is slow paced with easy to listen and well synchronized beats dominated by the guitar. Her impeccable voice leads the choir and creates the buzz that will get your mouth singing by itself.

It ends the same way it started slow but deliberately so.

Great and Mighty – By Wale Adenuga

Well, this song doesn’t come under the most spectacular or musically well scored songs, but the lyrics of this worship song takes me back to the university days. In the early 2000s, Wale Adenuga would hold concerts at one of the really large lecture theaters on campus and literally teach students his songs in an energetic performance that leaves you singing to yourself on your way back to the hostel. He is a steadfast and truly gifted singer and lyricist. I feel privileged to listen to his songs. He never fails to put in a yoruba phrase in his songs despite it being primarily in English.

With this song, he has lost none of those gifts that brought him fame. The song is simple to sing along and easy to learn. His strong voice leads the back-up singers in a deep journey through the worship

If there is one track that should be featured on my list, it’s this one. It would be the first Yoruba track on my list.

Years ago at the university, I would listen to Olufunmilayo’s full album. This particular track was my prayer point every morning. It played for only 3.50min and I sang this in the shower everyday like my life depended on it.

The song is easy to learn when you understand what she is singing about.The three verses pray for one’s journey through each day and calls for God’s support and grace.

The lyrics are simple with a chorus reminiscence of christain songs in the 2000s. For older people, you would love the song. I still pray this song in the mornings. It’s deep and remorseful.

Olufunmi’s voice will stun you throughout this track. Trust me!

To be brutally honest, when I first heard the first few seconds of this track, I simply assumed it was some cool music from some other gospel artist. The song and lyrics were well crafted without losing the worship sense. Once you hear the chorus, you are most likely going to appreciate the accompanying instrumental playing strongly throughout the track.

Nathaniel’s trumpet-refined voice struggled with the high pitches, but Tomi Favor makes up for this with a strong sonorous voice making the song very appreciative and worth praying with. Trust me the song would leave you appreciating the beauty of God and his mystery.

Tope Alabi caps this track with her usual style of eulogizing God in Yoruba dialect till the song fades.

There are countless worship songs playing in the nigerian gospel circuit and I certainly haven’t scratched the surface when it comes to listening to as many as possible.

But this track is ideal for getting into a worship mood at the start of the day. The track literally puts you in the mood and lets you slip gingerly into worship and praying even before you realise it. The song is not laden with lots of instruments or competing voices that often characterizes worship songs lately. The lead singer keeps the pace of the song with a strong voice that appears to sound like he is indeed desperate-just as the track title suggests.

Draw from you – By Victoria Orenze

One thing stands out from this track and that is Victoria’s voice. It oozes of confidence and leadership. This track is 6.25mins, you probably wont know when it starts all over -if its on repeat like I often do.

The track may come across as a bit cluttered to listen to – if you know what I mean. My preference is often for solemn worship songs with a single instrument and a lead singer. But in sharp contrast, this track has mostly one line “We have come to draw from you again” and it is repeated over and over again sometimes drowned by the complement of a full band of instrumental. But in this track, you will find your own motions and space to pray and worship.

This track is a tad different from the rest. But you will enjoy it just as much as I did.

God of Miracle – By Frank Edwards

The only thing I detest about this special track is the fact that it runs only for 2.25mins! Can you just imagine that! A song as beautifully written, composed and well scored and delivered should not be this short! Ever!

This track is one of my favourites by miles! And if you listen to it too, you will soon find that Frank got a message directly from heaven. No complications, no repetition, no unnecessary bridge, no lengthy verse, just pure bliss!

He went into this track like a businessman and checked out leaving the listener with the chorus right at the tip of their tongue.

This song is on permanent repeat when I listen to it. I certainly can not get enough of the chorus on this worship track and trust me, you will find this song worth your worship time.

Thy Will be done – By Frank Edwards

I will cap this series with this track by Frank Edward. He gets a second spot on my playlist for being such a darling!..lol

This track is predominantly in Ibo language and it fits well into my appetite for worship songs.

He is such a talented singer gifted with really strong vocal chords. This track is a prayer and it picks pace somewhere in the middle allowing you to sing along and subsequently lifting your mood for the day. The prayer in this song is enough to crave for in everyday commute. I am simply grateful that this track is not as short as the one I reviewed before. I love the infusion of ibo and english in a way that will appeal to other tribes, afterall worshipping God is not limited by language, tribe or ethnicity. It’s an amazing time to be a christain!

I hope you have plans to download these tracks. I am happy to share them on request!

4 thoughts on “10 worship songs in my morning playlist”