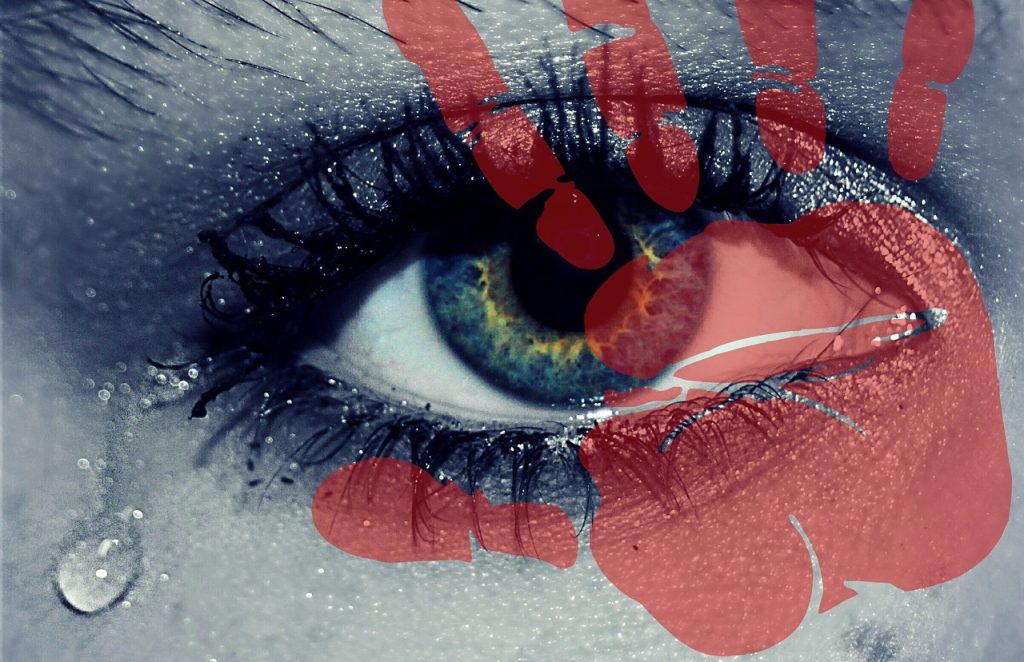 “Character contributes to beauty. It fortifies a woman as her youth fades. A mode of conduct, a standard of courage, discipline, fortitude, can do a great deal to make a woman beautiful”

Agnes left the village, the sadness was too much to bear. She left with Sandra strapped at her back with threadbare wrapper tied into a knot right under her breast, while her older sister walked the beaten path through the bushes into a new life. They left with nothing.

Walking on with her two little girls, she was determined to provide a better life than their father ever dreamed of. Every step she took as she was lost in her own thoughts, she resolved to not only survive but thrive.

Agnes wasn’t quite attractive, not in the sense that she would appeal to anyone sexually. Well, take Mercy Johnson and put forty pounds on her, make her hair way less perfect, take off the make-up and then add some freckles and several lines of wrinkles on her forehead. Take a few inches off her height and then make her bone structure not so perfect. Shrink her breast and then leave her face with a permanent frown.

Agnes didn’t care much for her look, but her appearance was one of gentle intelligence, as if even strength had a feminine quality.

When they got to the city, she worked her fingers to the bone. She started off as a cleaner, mopping floors, washing grime-stained kitchen floors and walls at local restaurants for just enough money to chase the next meal. She was dirty until every weekend, but nothing could deter her from surviving.

During the weekends, she worked as a nanny, tending to the kids of some busy civil servants in the neighborhood, whose instructions sounded like “make the house perfect and don’t kill the kids.” Her smile always lasted until the door was closed behind them.

While she looked after the kids of others, she left hers in the company of her neighbors. Two young girls, one as pretty and adorable as young toddlers got and another stern-faced girl who barely smiled.

When she stopped washing floors, she moved on to working in a Cafeteria at the polytechnic where she waited tables. She found comfort in the walls of the cafeteria as she earned tips every now and then. But she faced another type of challenge.

The manager of the cafeteria, turned the waitresses into his harem, fondling, cajoling and harassing the girls until they succumbed to his advances.

Agnes constantly and politely turned down sexual advances from him for several months until his groping hands fiddled with her breast while she returned a tray full of plates into the kitchen. That was the last time he tried.

It earned the bald diminutive man a crude combination of slap, claws, and punches in quick succession even before the tray she carried hit the tiled floor of the kitchen. His scream echoed through those same walls in the cafeteria where she found warmth and he bore the shame as though he committed a grave offence. They were alone in the kitchen at the time, and he scampered away like a scared cat to nurse his shame. No one had the guts to serve justice that quickly and remain at their job. No one, except Agnes. She was quickly known to be fierce and tolerated no one.

But her kids weren’t that lucky. They say, it takes a village to raise a child, but for these two girls, the village took their innocence. The husbands of the women whom Agnes trusted her kids with, taught them that pleasure was king, even before they became teenagers.

They grew up really fast on the streets with cloths that barely covered their perky breast and thing thighs, and they soon became preys to the perverts who tricked them with money; the one thing they lacked. The perverts whispered into their young years and the girls parted their thin thighs. Pain and pleasure became synonymous with sex but became more bearable when they could afford to eat well-cooked meals at restaurants instead of the half-boiled rice and watery stew their mother served them every day. The pleasure came much later after they had become addicted to sex.

In those growing years, for Pat, it was her breast that let her down, unlike that of Sandra, they were not large enough. Most of the guys thought that she was athletic and frankly they feared her silently. But Sandra, even at that age had supple skin, soft mounds of flesh on her chest and a smile that never betrayed her innocence. Sandra therefore got more for her services. Pat made up for her lack of stunning beauty with her grace and candor. What you saw was what you got! She put in the hard work and was better at sex.

They were soon known to be of easy virtue and vain. Everyone knew, except Agnes, who sent them off to secondary school while working at the Cafeteria.

Agnes had little patience for the girls whenever she returned from work each day and they never tried to explain to their mother what the men in the compound that they shared with a dozen families, made them do. But they hid the money they earned from her and bought fair grades back home with their bodies or the cash they earned at the end of each term. Nothing to spook their mothers worries or concerns.

Nothing she had ever seen in her hard life and nothing prepared her for that scene. That afternoon, she raised the roof in a fit of anger. That neighbor, the one who had his huge phallus hanging fully erect by the time she pounced on him, was left bed-ridden for many months after hurricane Agnes picked on every muscle of his body with her bony fist.

That was when reality dawned on Agnes. The wives in the neighborhood then gave her an earful. Her teenage daughters had slept with virtually every man within the small town. And they had stowed away more money than she could ever earn in her lifetime working at the Cafeteria. The girls had left the families in the neighborhood impoverished as they milked the men of every kobo they earned. They thought Agnes was irresponsible and that she encouraged her daughters in the way of prostitution. She was let down and utterly disappointed.

She instantly hated her daughters. She felt grief that was enough to sink the mighty and she locked herself in the room for a week bemoaning her situation. The weight of shame was too heavy to bear, she knew she had to leave the town and her job.

Her girls, you ask. They fled her house that same day. They stole her savings too. The ones she hid under her bed, cleverly tucked under banana leaves as though it wasn’t an important item. She had been saving for their university education. They barely finished secondary school when they left home and left their mother to herself.

The girls knew it was foolish to stay and endure the brunt of the constant vituperation and angst from their mother. They summoned the courage to run off and fend for themselves. For them, running away was wise and they became their own woman, they chose their own fate.

Agnes moved to the city, at first in search of her daughters, but with no leads, no will, she gave them up for dead and started her life again the third time. But this time, without a care in the world. The first thing she did with the little money she had on her was to buy a new set of secondhand clothes. She ditched the attires that had symbolized the hard life she lived for a decade in favor of jeans and blouses that made her look a tad younger and approachable.

She worked for a notorious gang who ferried illegal packages around the city. She was not required to ask questions. Just pick up the package, deliver to the address and return with yet another smaller package in return. Pretty easy! She sensed it was something illegal, but she needed the money.

Everything appeared to be quite easy, until they told her if she ever got caught, they would have to kill her.

She earned money quickly and unbelievably too. If she worked at the Cafeteria for a year, she wouldn’t earn what she did in a trip. Life just started for the middle-aged woman.

Sandra hadn’t returned. She had gone to see one of their clients, who insisted that they spent the night together at his palatial home in Ikoyi.

Pat stayed alone at home waiting for her arrival. It was already dawn and her sister was yet to return. She had called her phone a couple of times and it rang a few times, but it didn’t connect any longer. She feared the worst. Sandra always called, texted, or sent in a video. It was their way of keeping safe in the event that things got awry at their rendezvous.

Sandra had gone to see Charles. She had been with him a couple of times even though they had known for a few weeks. It wasn’t her first time being with him and she felt comfortable around him. He was generous with money and spared nothing to make her happy.

Unlike her sister, Pat wasn’t quite comfortable with Charles. Pat always thought that he was a psychopath. Afterall, they say that one percent of the world population are psychopaths, who are unable to feel emotion correctly and are profoundly selfish. That one percent had Charles in it. He was the one with teeth-stained dirt brown with tobacco and a crooked smile hidden beneath his bushy mustache.

She was convinced that the lavishness was nothing but a distraction, but she couldn’t quite place what unsettled her more about him. The ease at which he spent money or the distant look of pain beneath the veneer.

How would Pat had known that her sister was lying unconscious on a make-shift bed in a dimly lit room in that palatial Ikoyi home waiting for her organs to be harvested. She appeared to sleep peacefully with her eyes closed, her face beautiful beyond words, her body luscious and supple, yet Charles had chosen her as a donor.

That faraway pain on Charles face was for the health of his god mother, who was in desperate need of a kidney to save her life.

They were waiting for the doctor. The crude half-educated doctor who left his patients for dead after harvesting their organs. He limped on one leg so badly that when he walked it looked like he was strutting.

Charles was getting impatient; Sandra had been unconscious for 4hours and it was unusual for the doctor to arrive late. He called his mobile phone again and just like previous times, it rang unanswered.

Charles waited and so did Pat, although for two different reasons.