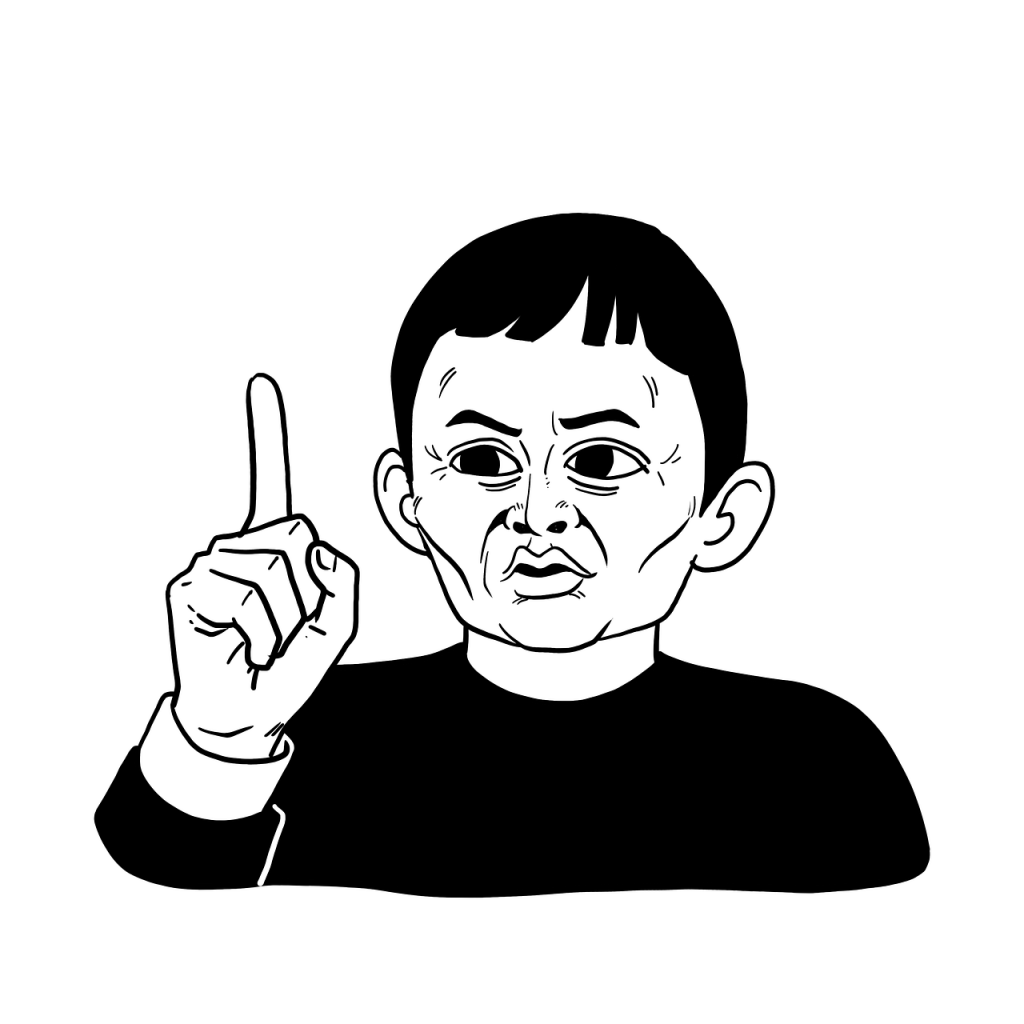 “A good boss is better than a good company.”  Jack ma

Every day we come across a lot of strangers but we seek inspiration from only a few of them, and what sets them apart is the stories that they have to tell.

As a child, we grew up listening to stories of how a hero rescued his people and his family, we find solace in such stories.

Studies have shown that such inspirational stories have a positive effect on our brains and helps us become more emphatic, generous and improve our overall outlook on life.

So, today we’ll talk about the story of the life of one man who has impacted the entire economy and internet industry of China almost single-handedly. 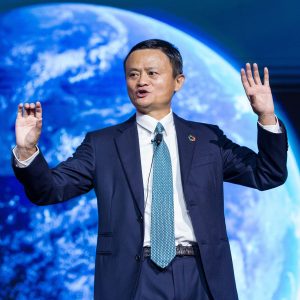 Jack Ma is one of the wealthiest people in the world, with an estimated net worth of $38 billion. This easily makes him officially the richest man in China- remember that China has a population of 1.4billion, yet one man stands out!

His wealth can be traced back to 1999 when the Chinese entrepreneur cofounded Alibaba- a multinational technology conglomerate, and 20 years later, the online retailer has half a billion customers (that is 500million customers) and is among the most valuable on the web.

So, what’s his story?

Before you get carried away with the startling revelation about the extent of his wealth, you must know that Jack Ma has had it hard in his life to get to where he is today. A true rags-to-riches story and definitely one which will inspire you even in your darkest days.

Ma Yun a.k.a. Jack Ma was born in Hangzhou, located in the south-eastern part of China. He was born and raised with his two other siblings – an elder brother and a younger sister, during the rise of communist China and its isolation from the Western regions. 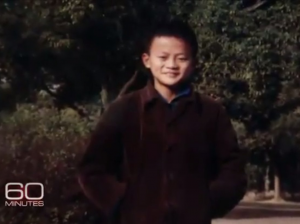 His parents were local Musicians-Storytellers. Their stock-in-trade, unlike Western or African music, had no emphasis on rhythm or beat because traditional Chinese music isn’t meant to be danced or moved to and so they didn’t make enough money to be even considered as middle class during those days.

Ma took interest in English language and learned English by conversing with English-speakers at Hangzhou International Hotel in his early years. For nine years, Ma would ride 27 km on his bicycle to give English tours to foreigners of the area for free presenting him a unique opportunity to practice his English.

It was then he met a foreign girl who gave him the nickname ‘Jack’ for his name was hard to spell for her.

You wouldn’t believe the number of times this man has been rejected and failed.
In his early childhood, Jack Ma Failed in his Primary School examinations, not once, but Twice! He Failed Thrice during his Middle School exams.
When applying to universities after his High school, Jack failed the entrance exams thrice, before finally joining Hangzhou Normal University. His weak point was mathematics!

Do I have a witness?

He even applied and wrote to Harvard University ten times about being admitted – and got rejected each time. This was only during his education! 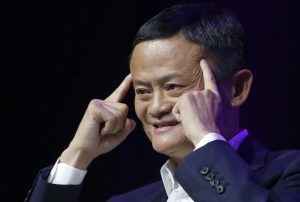 It should be noted that while at school, Ma was head of the student council. After graduation, he became a lecturer in English and international trade at Hangzhou Dianzi University. An English Teacher.

During and after his bachelor’s degree Jack tried and failed to get a job at a multitude of places. After spending three years to get into a University, Jack failed to land a job after applying to them 30 times! He recollects in his interview,

“When KFC came to China, 24 people went for the job. Twenty-three people were accepted. I was the only guy who wasn’t.” He also one of the 5 applicants to a job in Police force and was the only one getting rejected after being told, “No, you’re no good.”

Also, on his Entrepreneurial undertakings, Jack Ma went on to fail on two of his initial ventures. But that didn’t stop him in any way of dreaming bigger.

In one of his interviews, when asked about his rejections, this is what he had to say, “Well, I think we have to get used to it. We’re not that good.”

Overcoming the pain of rejections and treating rejections as opportunities to learn and grow was what Jack Ma made of it.

Jack Ma visited the united states of America sometime in 1995 on behalf of the municipal government with colleagues, for a highway project sponsored by the government, it was then that Jack Ma was first introduced to the Internet and Computers. Computers were quite rare in China at the time, because they were pretty much expensive, and Internet or E-mails were practically non-existent.

The first word the young man searched on the Mosaic browser was ‘Beer’, and it popped out results from different countries, but there were no signs of China related results anywhere.

He then searched ‘China’ and any general information he could find about China but was shocked to see that not a single result popped out! He decided it was time for China and its people to get on the Internet. 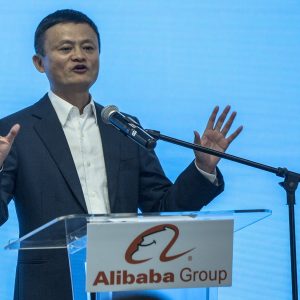 Buoyed by the need to have China represented on the internet, Jack and his friend created an “ugly” website related to China. He was shocked to find out that the internet indeed had opportunities to offer him, when after he launched the website at 9:40 AM, he started receiving emails from some Chinese investors by 12:30 PM wishing to know about him.

By April 1995- same year he arrived the US, Jack and He Yibing (a computer teacher) opened the first office for China Pages. The next month, they had registered the domain chinapages.com in the United States. Within three years, the company had made 5,000,000 Renminbi which at the time was equivalent to US$800,000.

According to Wikipedia, Jack began building websites for Chinese companies with the help of friends in the US. He said that “The day we got connected to the Web, I invited friends and TV people over to my house”, and on a very slow dial-up connection, “we waited three and a half hours and got half a page”, he recalled. “We drank, watched TV and played cards, waiting. But I was so proud. I proved the Internet existed”.

Jack quit his 3-year stint with an information technology company established by the China International Electronic Commerce Center, a department of the Ministry of Foreign Trade and Economic Cooperation and returned to Hangzhou with his team to found Alibaba, a China-based business-to-business marketplace site in his apartment with a group of 18 friends.

The company went on to grow rapidly, expanding across the world, quickly growing out of its China shell. 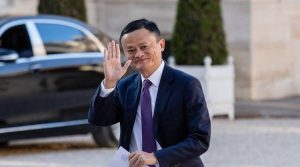 – Believe in yourself. Even as a kid he was convinced that learning to speak English would liberate him during the rise of communist China. This was demonstrated in his long bike ride just to give foreigners a tour of the area speaking in jabbering English.

Today Jack is one of the most prolific orators in both English and china anywhere in the world. His English is without frills and big vocabularies, but its simplicity dotted by a good dose of humor has consistently endeared him to his audience. There is something about our childhood experience that would play a part in our success (or failure). It’s just nurture!

– Being Persistent in the face of adversities and treating rejections and failures as opportunities to propel oneself ahead. How do you manage rejection multiple times?

Many of us will be so beat up after one rejection we will rather stop trying. It doesn’t matter how many times you get beat down, being persistent and determined would eventually open opportunities (did I hear you say luck) in places even better than you had hoped.

Failure should be worn proudly as it is the sign that you are more experienced than you were before you failed. At least you know one way not to approach your dreams or goal.

– Look out for opportunities to add value. When he found out that his native country had no representation on the internet, he took it upon himself and a friend to provide information and soon investors found him. If he hadn’t tried (despite the ridiculous speed of internet at the time) there was no way he would be found. You must stir something (positive) to get noticed. Satisfy a need

– you need friends to help you with your dreams. Jack didn’t go it alone. He couldn’t have when he didn’t have a clue what coding was about. You must be honest about your weakness or lack of skills and find friends who can complement you. Be fair and show respect even if the idea is entirely yours.

To be successful, you don’t have to be the best at anything, you need to exercise your social capital.

“Intelligent people need a fool to lead them. When the team’s all a bunch of scientists, it is best to have a peasant lead the way. His way of thinking is different. It’s easier to win if you have people seeing things from different perspectives.” Jack Ma

“As entrepreneurs, if you’re not optimistic, you’re in trouble. So the people I choose, they have to be optimistic.” Jack Ma

5 thoughts on ““People Just Like You” Series – Jack ma”