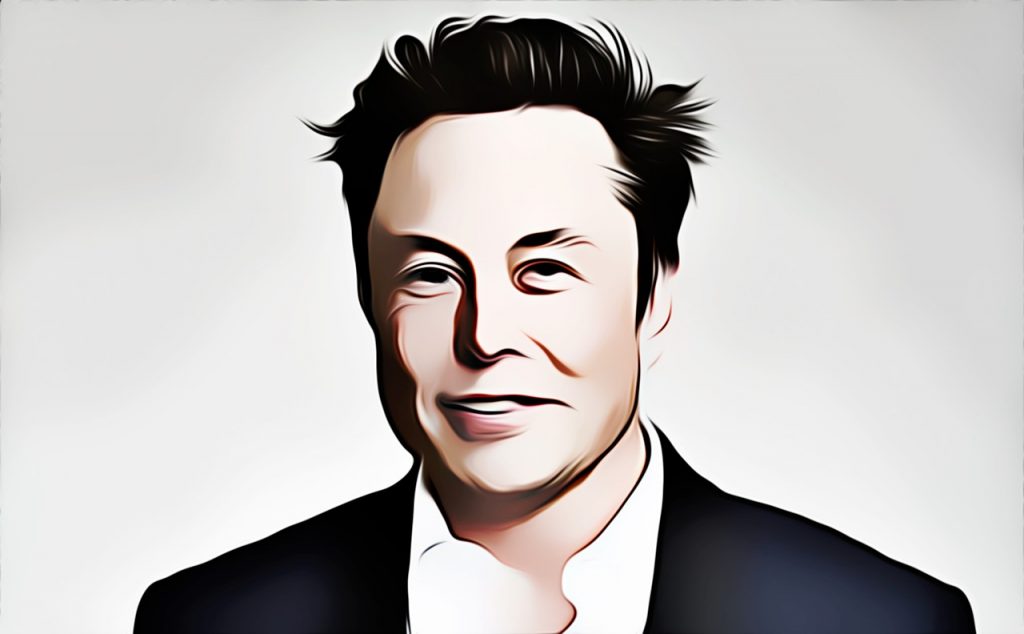 “When something is important enough, you do it even if the odds are not in your favor” Elon Musk

Who is Elon Musk? 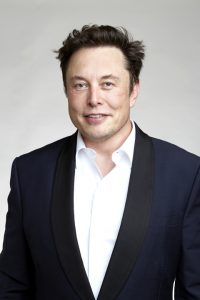 You have probably heard of Tesla?……No way! You haven’t? They pioneered the electric car revolution in the world. Have you driven a Tesla? Certainly not in Nigeria.

Tesla is an American electric car company that manufactures electric automobiles, solar panels, and batteries for cars and even home power storage. It was founded in 2003 and named after Serbian American inventor Nikola Tesla.

Elon Musk joined Tesla Motors, Inc. (now Tesla, Inc.) as chairman and product architect after he invested $6.5 million to become the majority shareholder, before becoming its CEO in 2008.

Elon Musk is currently the world’s second richest person with a net worth of over $151bn according to Forbes (2021). His fortune is reputed to have been buoyed by politics in the US, where the Democrats have control of the US Senate.

He is probably the most inspirational and innovative public figure of the 21st Century and would have given Steve Jobs an inferiority Complex. He is responsible for transforming many things such as electric and driverless cars, online payment systems, high speed public transport and now on the quest to Colonize Mars!!!

He is the man behind Tesla Motors, SpaceX, Paypal, SolarCity and Hyperloop.
Musk is a South African-born American entrepreneur and businessman who became a multimillionaire in his late 20s when he sold his start-up company, Zip2, to a division of Compaq Computers.

So, what’s his Story?

Musk was born on June 28, 1971, in Pretoria, to a South African father and Canadian mother. His father is Errol Musk, was an electromechanical engineer, pilot, sailor, consultant, and property developer. Quite something. Musk had two younger siblings (a boy and a girl) and they were raised in South Africa.

As a child, Musk was so lost in his daydreams about inventions that his parents and doctors ordered a test to check his hearing. He was an awkward and introverted child. Musk was reportedly bullied throughout his childhood and was once hospitalized after a group of boys threw him down a flight of stairs.

At about the time of his parents’ divorce, when he was 10, Musk developed an interest in computers. He taught himself how to program using a manual and when he was 12 he sold his first software: a game he created called Blastar. 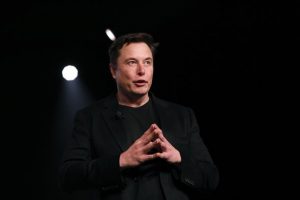 Musk educational history isn’t quite as straight as an arrow. He had a 5-months stint at the university of Pretoria and then Queen’s university in Kingston Ontario after he relocated to Canada, having acquired a Canadian passport to avoid supporting apartheid in Africa at the time and probably also due to greater economic opportunities in the United States.

He finally graduated from the university of Pennsylvania in 1997 with a degree in economics and another in physics. It is on record that he dropped out after two days from Stanford university deciding instead to join the Internet boom and launch an Internet startup.

In 1995, Musk, Kimbal(his younger brother), and Greg Kouri founded web software company Zip2 at a small rented office in Palo Alto with funds from angel investors. The company developed and marketed an Internet city guide for the newspaper publishing industry, with maps, directions, and yellow pages.

Musk says that before the company became successful, he could not afford an apartment and instead rented an office and slept on the couch and showered at the YMCA, and shared one computer with his brother. According to Musk, “The website was up during the day and I was coding it at night, seven days a week, all the time”

When Compaq acquired Zip2 for $307 million in cash in February 1999, Musk received $22 million for his 7-percent share.

He then went on to create X.com an online financial services and e-mail payment company. The startup was one of the first federally insured online banks, and, within its initial months, over 200,000 customers joined the service. X.com eventually merged with PayPal and went public in 2001. In 2002 eBay bought the firm for $1.5 bn of which Musk—the largest shareholder with 11.7%—received over $100 million.

With $100 million of his early fortune, Musk founded Space Exploration Technologies Corp – SpaceX, in May 2002. And since then, the aerospace firm has covered several milestones over the years.

SpaceX became the first company to successfully relaunch and land at the first stage of an orbital rocket in late 2017. In 2020, SpaceX made history on May 30, after it flew NASA astronauts Doug Hurley and Bob Behnken, to space aboard its Crew Dragon spacecraft using a Falcon 9 rocket.
As of 2021, he remains the company’s CEO and holds the title of Chief Engineer.

Musk was long convinced that for life to survive, humanity must become a multiplanet species. However, he was dissatisfied with the great expense of rocket launchers. He therefore set out to launch rockets which were designed to cost much less than competing rockets. 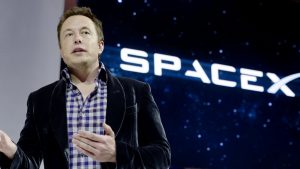 After three failed launches, SpaceX succeeded in launching the Falcon 1 into the earth’s orbit in 2008. In addition to being CEO of SpaceX, Musk was also chief designer in building the Falcon rockets, Dragon, and Grasshopper.

It didn’t come as a surprise when his diverse interest shifted to the possibilities of making sustainable electric cars. Unlike most previous electric vehicles, which Musk thought were stodgy and uninteresting, it was a sports car that could go from 0 to 60 miles (97 km) per hour in less than four seconds that Tesla first introduced in 2006. It was called the Roadster.

Tesla under Musk has gone on to develop more successful models with outstanding designs and performance like the Model S, Model 3, and Model Y.

Unlike the Roadster, which carried its battery system at the back of the car, the Model S had it’s underneath the floor, which gave extra storage space in back and improved handling because of its low centre of gravity; this battery placement was used on later Tesla models.

In 2012, Tesla built stations called Superchargers in the United States and Europe designed for charging batteries quickly and at no extra cost to Tesla owners.

From then on Tesla began building large factories it called Gigafactories to produce batteries and vehicles all in a bid to meet the demand for a more inexpensive vehicle. The first such factory opened in 2016 outside Reno, Nevada.

It was therefore inevitable that the company also branched out into solar energy products. Tesla started developing a line of batteries to store electric power from solar energy for use in homes and businesses was unveiled in 2015.

Tesla strengthened its position when it bought the solar panel company SolarCity in 2016 and offered rooftop solar panels, a solar roof with energy-generating tiles, and a large battery called the Powerwall to store the power generated for use when the sun was not shining or as a backup in case of a power outage.

In 2017 the company changed its name to Tesla, Inc., to reflect that it no longer sold just cars. 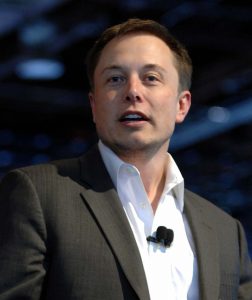 – Pursue your passions. We earn the most in things we enjoy doing and it would never feel like work. Elon Musk is passionate about a lot of things, and he has shamelessly followed those interests.

He has used his passion in technology to explore fields like space travel, fast internet, sustainable solar energy and transportation. And with each of Elon’s increasing interests and skills, his empire has grown tremendously.

Our passion teaches us new skills, new ways to understand and interact with the world. And as Elon Musk’s success shows, this can be of great benefit both to ourselves as well as to the planet’s future.

– Reading Can Make You Smart, Very Smart– When someone asked Elon Musk “You don’t have a degree related to Aeronautics and still You founded SpaceX, the most successful private Rocket Company. How did you do all this?” He Said, “I used to read a lot.”

Musk has been a Voracious reader since childhood. He believes everything is simple and can be self-taught. Apparently, he went to Russia a few times for help with the design of the rockets for SpaceX. The Russian scientists didn’t take him seriously and rejected his wild ideas. Frustrated, he learned how to design a rocket on his flight back home. Although Musk is a genius, we all can learn so much by cultivating the habit of reading.

– Work super hard – Elon is a hardcore Workaholic: he has been working 100 hours a week since a lot many years. According to him, if other people are putting in 40 hours in a week, and you’re putting in 100, you will achieve in four months, what it takes them a year to achieve. That’s the kind of work ethic an entrepreneur needs to have.

He Works Harder than humanly possible but even if you are an average guy working 150% more than others, it still gives you the edge.

– Thinking big and out of the box– Looking at Elon’s history of creativity, the billionaire’s ideas don’t just create a single product; they have a lasting impact on the industry. PayPal changed the financial industry by digitizing money and made it simple for people everyone the world to transfer money online.
He is not afraid to go against established tradition, emerging with exceptional ideas backed up with proper research. Elon Musk has initiated Space X with his own money after being refused by investors who saw the company as a daydream.

Everyone told him that he is working on some impractical thing that will fail. At that time, he didn’t listen to people, he believed in his own goals and made it successful.

Elon Musk is no stranger to failure. He had not one, but two rocket launches fail miserably, costing upwards of $60-million. However, he created a backup plan. He vowed that if, SpaceX, couldn’t get the first rocket to launch by the time they spent $100 million successfully, they’d close down the company. So, they had one last attempt to make it work.

– Money shouldn’t be your main goal – Money can be a motivator, especially when you don’t have enough of it. But it’s usually not a strong enough or sustainable motivator to achieve long term success. Hence, find a better one.

As Elon Musk said, “Going from PayPal, I thought: ‘Well, what are some of the other problems that are likely to most affect the future of humanity?’” Not from the perspective of, ‘What’s the best way to make money?”

We must Have a higher goal in life than making money. Whenever you decide to start something new, focus on the difference that your idea can make to humanity. Money is a by-product and will come to you if you or your product can solve and help people with problems.

4 thoughts on ““People Just Like You” Series – Elon Musk”