When we were young Part 1 - by Abidemi Adebola 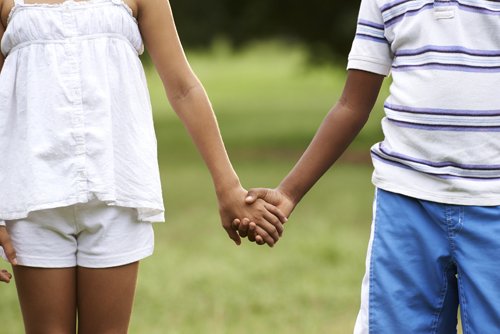 The things we called love

I began to have sexual fantasies; I loved Tony Braxton’s lips and when I watched her sing, it did a lot of wonder to my teenage mind. I loved Janet Jackson’s cheeks and when she smiles, my heart melts. I love Dolly Parton’s humongous breast and I often wondered what it would feel like to touch them outside my dreams.

I actually craved to have their posters in my room, but since my grades in school were nothing to write home about, I knew my parent would not take it lightly if I dared putting up near-naked poster of Dolly or any at all in my room. Especially my father.

My favorite rapper was Tupac Shakur! I adored him. My favorite boy band was Backstreet boys! MC lyte was my favorite female rapper while Boyzllmen stole my heart with their amazing music in R&B.

I loved Mariah Carey, Brandy, Tevin Campbell, Soul 4Real, LLCoolJ, the lost boys, Scarface and a host of others I struggle to recollect. I loved and watched Will Smith in songs and movies and I never missed an episode of the series Fresh prince of Bell air.

When I started having a sense of style, it was because I liked the way Bryan Adams dressed simply in a white tee shirt, blue jean and bikers’ boots. I loved LL cool J for his bumper jackets and the way Ice Cube, Snoop Dog and Dr. Dre always wore checked shirts.

I loved DKNY, Gorgio Armani, Calvin Klen, Buggle Boy, Lee, Levi’s and Dockers. I had watched Pretty woman by Richard Gere, House party 1-3 by Kid and play, Poetic Justice and Juice by Tupac, Inkwell and others. Oh what a year!

Back then most of my foot wares were boots. I loved them! I had the chocolate brown bickers and it was priceless, I had a black and red wing boot, a butter colored Timberland boot and a Vans snicker.

At all times I was cladded in my jean tucked into my boots and a tee shirt. It was such a style that where ever I went even when on errands, you would see me in my boots, jean or chinos.

I remember how I loved Dockers, even when I only had to get something at the road junction, I was always all decked up!

At some point around this time I also began to settle into political consciousness. I never stopped wondering why the world will not stop killing themselves. The Rwanda genocide, the killing of over 80 soldiers during the failed military coup in Nigeria, the murder of the Israeli prime minister Yitzhak Rabin, the military coup against Benazir Bhutto, and the acquittance of O J Simpson. Honestly, I thought the world was crazy!

Fola and I were neighbors, she was taller and yet older than I was by about two years. It wasn’t just the height and the long legs, Fola was extremely pretty. She had one of the best set of teeth I had ever seen – they were a work of art. Whenever she smiled, that was it; it would knock me against the world!

The world was never the same again after she smiled!

It all started with a simple visit, her parents had gone to work, her younger siblings were off to school and she was often the only one at home just like me. From the first day we sat together at the dining table I knew I couldn’t resist her charm. She smelled like jasmine and I also loved the way her parent’s house smelled.

We talked about the movies we had rented to watch and the books we had read. The second day I had barely sat down when I placed my hand on her lap. But she continued talking like nothing unusual had happened.

Again her smell was ravishing and irresistible. When I moved closer to kiss her on the lips, she raised her finger up to my lips and then shook her head

I settled for a hug and while rubbing my hands on her back I could feel the straps of her bra. There was a hot sensation all over me turning into an ecstasy but I was held back by fear- the fear of doing something new and special.

The third day she opened the door, I landed a kiss on her lips, held her hands and gave her a card that I got from the bookshop.

It was a “love card” she opened it, read it and kissed me back on my lips and then we ran upstairs into her room where we threw ourselves against the bed back first. We then rolled into each other kissing and gumming like magnets. She had no pillows but teddy bears and I wished the moment never ended. We spent almost one hour and it never occurred to us that we needed to have sex, to remove our clothes or do anything extraordinary. We just kissed and I fondled her breast while she closed her eyes.

In her room, I felt like I was in the midst of flowers, her room was super cool and colorful, you could feel the love radiating and it felt like a dream.

We continued loving and meeting each other for about three months and it got deeper by the day.

I had friends in the neighborhood, one of them was Idowu, and he had noticed something different about me and asked

“What is it with you these days? You smile all to yourself and you hardly come out to play with us again”

“I am fine” I replied

“Obviously you are fine but what is it about?”

“It’s about my new girlfriend” I replied.

“Wow tell me about it” he enquired further.

“Fola” I answered after a deliberate pause.

“Are you serious?” His eyes lit with excitement.

“Yeah” I tried to be modest.

“Do you guys kiss and touch each other?” Idowu was eager to find out the juicy gist.

“Oh wow! Have you done the thing?”

“What thing” I asked bemused.

“Yes, we have! We even had it for one hour yesterday” I responded casually

I felt very good about the discussion.

Two days after the discussion I went to see Fola few minutes before she went for her afternoon lesson.

“So I had everything you told your friend about me” She retorted.

I froze! When I looked into her eyes, I felt the betrayal and could see glistening tears that around the corner of her eyes. I was badly ashamed of myself so much that I couldn’t speak. I instantly felt what she felt and more, I felt heavy in heart.

Fola packed her books and left for her afternoon private lesson.

Two hours later I was at Idowu’s parent’s house.

“I told you something in confidence how is it that you went about announcing it in school. Now she has heard everything” I was livid with anger.

Idowu didn’t say a word and he never bothered to deny it.

I was brimming with anger and further infuriated as he kept silent. In a swift move, I threw him a punch square on the face and watched as he lost his balance. He quickly recovered and instantly returned his own punch, but I moved backward avoiding his fist within a few inches before kicking the plastic chair in front of me into his knee. I watched him fall forward and latched a strong kick inot his face with my right leg as he fell face down. This time it hurt enough for him to scream, but I wasn’t done. I was about giving another kick when his mother pushed me off him.

“Do you want to kill my child” she screamed

“If you know you are not a bastard meet me at 4 o’clock in the evening on the field” I screamed at Idowu on the floor as I walked off. I sure wasn’t done.

The next day by 4, o’clock most of our friends had assembled on the field to watch as I served my pound of flesh to my bosom friend. Not everyone was there to see my win the fisticuff.

The fight started bitterly. Revenge and anger strewn on our faces and with clenched fist he lurched at me while I was trying to remove my wristwatch. I was caught a bit off guard and when he pushed me into the ground, he sat on me throwing punches right on my face.

I parried the ones I could before I pushed him off me deftly by wriggling myself under his weight. When I charged at him this time he kept moving backwards making it difficult to get a grip on him and this lasted for about two minutes.

I was starting to get frustrated. Instead of running around to punch him, I quickly removed my belt, held the tip tightly and flung the buckle towards him.

“My face” he screamed covering his face with his two hands. That was when I dropped the belt and charged at him. I lifted him from below his knee and crashed his back on the sand and then started a throwing torrents of anger-filled fists at his already battered and bloodied face. I was fighting for love.

When he managed to pick a stone with his right-hand aiming for my head, I quickly grabbed his hand and poured a handful of sand into his open mouth with my right hand. Not done, I rubbed his face with the remaining sand in my hand before collecting the stone from him.

I was about to smash the stone on his head when I heard a voice.

“Bidemi stop it!” it was my mother’s voice

I then stood up and walked towards her ending the bout victorious as we both walked home.

The following day I knocked at Fola’s door. I saw her preparing to go for her private lesson. She looked at my face with tears gathering around her eyes. When I held her hands and tried to speak, emotional tears rolled down my eyes and I cried.

I wept hard and thereafter I walked away. I wasn’t up to it again and our love story ended!

6 thoughts on “When we were Young Part 1”