Come let’s do Ponzi! - If it sounds too good to be true, it probably is.

“Don’t fall victim of your own greed, stay away from Ponzi schemes.”

The scheme got its name from an Italian immigrant named Charles Ponzi, a fraudster who duped thousands of investors in 1919

Yes! You read that right! Come let’s do Ponzi.

In Nigeria today, the “get-rich-quick” and “easy money” mindset syndrome are certainly not new to an average Nigerian.

A good many young people would love to live the easy life driving posh cars while ladies flock around wearing next to nothing like they do in the music videos. This desire gets a boost when they see young people about their age living da vida loca.

The yearning soon turns to desperation and all rational thinking gets thrown out of the window. The alluring double figures returns suddenly impair logical thinking and money is willing given away.

Fraudsters the world over prey on this desperations to enrich themselves instead and one easy way is through Ponzi Schemes.

Let’s give it some life! They come in various forms; The MMM, Twinkas, iCharity Nigeria, Loopers Club, Twinkas, HelpNaija, NNN Nigeria, Paradise Payment, Help Naija and a host of many new ones I can’t seem to catch up with.

Some operate under different pretenses and even claim to be mutual aid funds for Nigerians who are struggling financially.

Obviously, all of these are a bunch of lies and you are guaranteed to lose your money in the end even if you receive a small profit in the beginning.

What is Ponzi scheme really?

A Ponzi scheme is simply an illegal investment. Know this for a fact! The position of the Nigerian law on the subject is succinctly put in section 67(1) of the Investment and Securities Act (ISA), 2007:

“No person shall make any invitation to the public to acquire or dispose of any securities of a body corporate or to deposit money with any Body Corporate for a fixed period or payable at call …”,

Ponzi schemes are therefore illegal and a felony punishable under the law.

Almost every year, The Central Bank of Nigeria and other official sources continuously warn Nigerians about the dangers of Ponzi and pyramid schemes, but thousands of Nigerians are still lured into these schemes by the promise of quick returns with no risks or hard work.

Simply put, a Ponzi scheme is a very popular means of acquiring money by investing a certain amount with little or no risk yield, to yield a double or multiple folds of the original amount invested within a very short period of time (45 minutes or 1 hour as the case may be); invest 50k, get 100k in 30 minutes. Although such a scheme can work in the short term, it runs out of money eventually.

Many despite knowing the risk of losing their hard earned funds still dabble into the various money doubling schemes promising outrageous amounts in return. To be brutally honest, only greedy ones do this. While a good many get away with it and earn multiple folds of their cash back, thousand others.

A Ponzi scheme is simply a type of investment scam where investors are promised substantial returns. Companies that participate in Ponzi schemes focus all of their attention on luring new clients. Once the new entrants invest, the money is collected and used to pay the original investors as “returns.”

The organizers of Ponzi schemes usually promise to invest the money they collect to generate supernormal profits with little to no risk. Ponzi schemes perpetuate and temporarily thrive because victims trust the central principals enough to ignore the lack of documentation.

The promise of significant wealth via one successful investment is appealing, but investing should be an intellectual, rather than an emotional exercise and most victims lose it when they see the promised returns.

History of the Ponzi scheme

The scheme got its name from an Italian immigrant named Charles Ponzi, a fraudster who duped thousands of investors in 1919. His name has been synonymous with this type of fraud since that time. 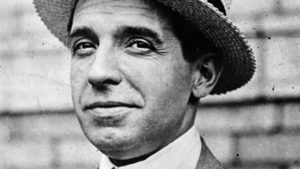 Ponzi promised a 50% return within three months on profits earned from international reply coupons. Back in the day, the postal service offered international reply coupons, which enabled a sender to pre-purchase postage and incorporate it in their correspondence. The recipient would then exchange the coupon for a priority airmail postage stamp at their home post office.

Due to the fluctuations in postage prices, it wasn’t unusual to find that stamps were pricier in one country than another. Ponzi saw an opportunity in the practice and decided to hire agents to buy cheap international reply coupons on his behalf then send them to him. He exchanged the coupons for stamps, which were more expensive than what the coupon was originally bought for. The stamps were then sold at a higher price to make a profit.

This type of trade is known as arbitrage, and it’s not illegal.

However, at some point, Ponzi became greedy. Under the Securities Exchange Company, he invited people to invest in the company, promising 50% returns within 45 days and 100% within 90 days. Given his success in the postage stamp scheme, no one doubted his intentions. Unfortunately, Ponzi never really invested the money, he just plowed it back into the scheme by paying off some of the investors. The scheme went on until 1920 when the Securities Exchange Company was investigated.

Abnormally High returns with little or no risk.

Every investment carries some degree of risk, and investments yielding higher returns typically involve more risk. Be highly suspicious of any “guaranteed” investment opportunity with unusually high returns within a short while. So if someone offers an investment with high returns and few risks, it is likely to be a too-good-to-be-true deal. 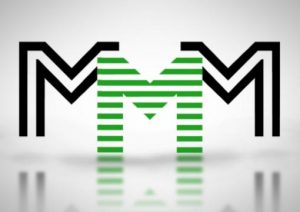 Because typically investments tend to go up and down over time, be skeptical about an investment that regularly generates positive returns regardless of overall market conditions.

Avoid investments if you don’t understand them or can’t get complete information about them. Transparency and openness are key indicators of a good investment vehicle, if the organizers cannot demonstrate a credible verifiable source of investment then it is most likely a Ponzi scheme.

For this fraudulent schemes, the truth is that the organizers don’t really plan to invest the money. Their intention is to pay off the earliest investors to make the scheme look believable. As such, a Ponzi scheme requires a constant flow of funds to sustain itself. When the organizers can no longer recruit more members or when a vast proportion of the existing investors decide to cash out, the scheme tumbles. Even at that the promoters would sometimes try to prevent participants from cashing out by offering even higher returns for staying put.

The need for more investors

When the promoters of the scheme keeps asking you to bring in more investors in order to guaranty your investment, then you should look elsewhere to secure your funds. Since the fraudsters do not invest the money, they instead use it to pay those who invested earlier and then keep some for themselves. 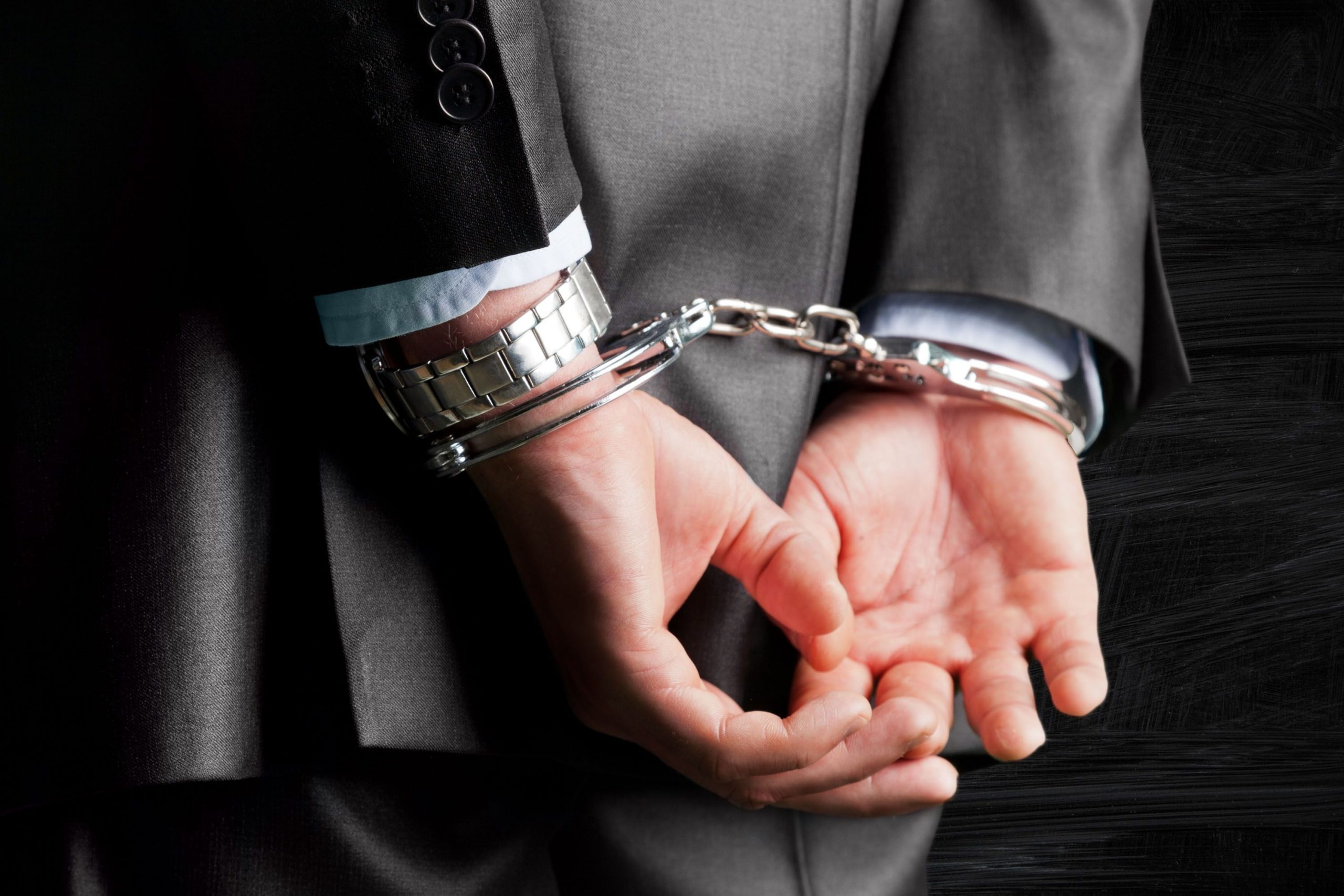 The modus operandi of the scheme requires injection of more funds so that payments can be made to earlier investors. Be warned!

After cashing out (if you are lucky enough) you will notice that the pressure to reinvest your funds from the promoters starts to build up. This is to ensure that the cash returns into the investment cycle and keeps the scheme alive. It’s typical even for most investment that are not Ponzi schemes to request for a re-investment, but watch out for the pressure from the promoters.

This would count for my biggest red flag! Ponzi schemes typically involve investments that are not registered with the SEC or with state regulators. Federal and state securities laws require investment professionals and firms to be licensed or registered. Most Ponzi schemes involve unlicensed individuals or unregistered firms.

Registration is important because it provides investors with access to information about the company’s management, products, services, and finances. When they are not endorsed by your countries financial regulators and the central bank then all bets should be off.

Many of these schemes try to associate with other legitimate financial businesses to piggyback for relevance and authenticity. The promoters count on the unsuspecting victim’s reluctance to confirm or investigate their unregistered status when they claim to align with a business that most victims can relate with.

Let me reinstate here again that Ponzi schemes attracts a punishment of 5 years imprisonment or a fine of N1 million (one million Naira) or both as the case may be. And while it looks like easy money to fund easy lifestyle, chances are the investor would lose a good chunk if not all of his investment. 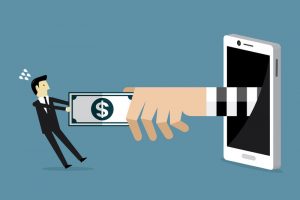 Only greedy investors go into Ponzi schemes and that “greed” is what the promoters of this financial scam is counting on to fleece you of your hard earned cash.

Don’t fall victim of your own greed, stay away from Ponzi schemes.

I will share a post on what better options to invest your money in the coming weeks!