Please help find a Lost Doctor - where are you? 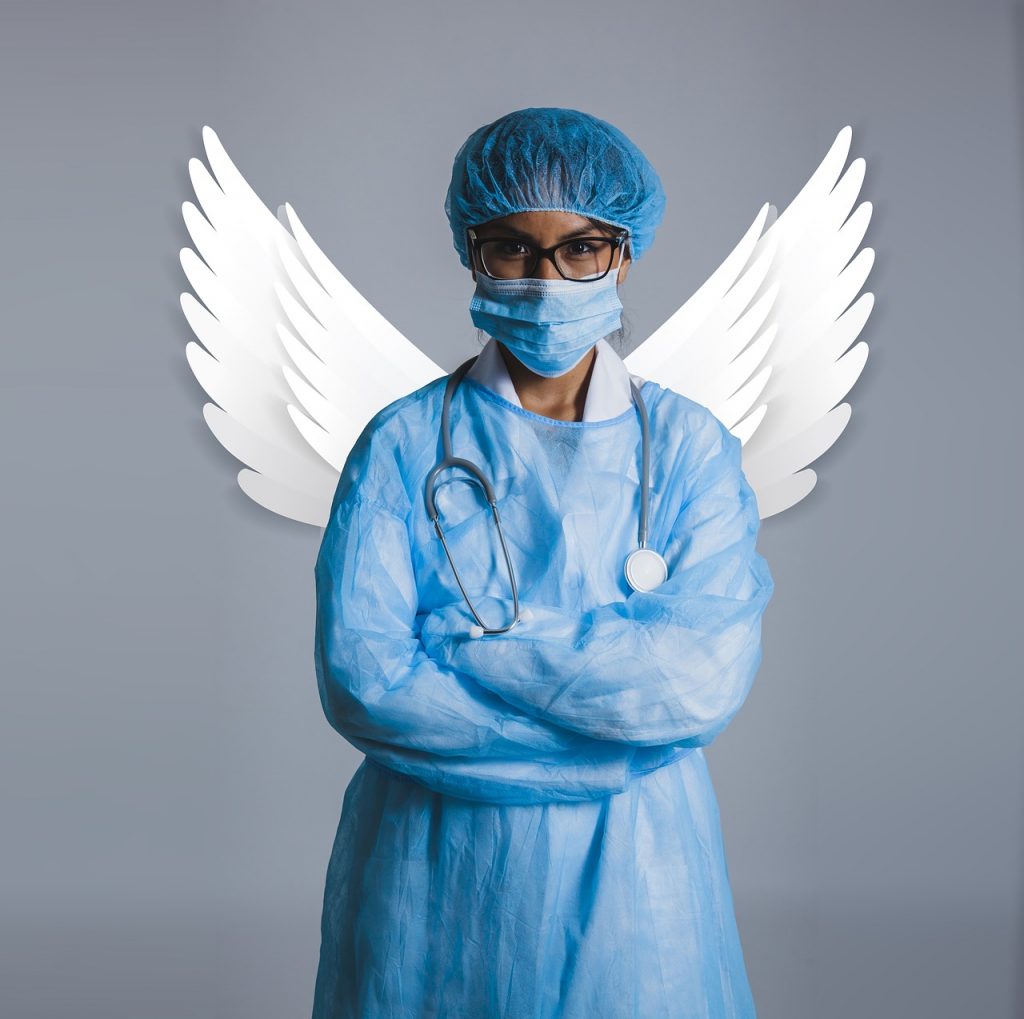 “No act of kindness, no matter how small, is ever wasted”

This is a strange post in all ramification and you will find out why shortly. This is a true story and the search for the doctor is an active one!

Once upon a time, about two decades ago, a young teenager had just secured admission into the university somewhere in the southwest. With a stroke of luck and some good fortune he was admitted with his first entrance examination the same year he completed his secondary school education. That feat was considered quite rare and unique and so Uche loved the opportunity. Although the feat was quite some news at the time, it wasn’t without Uche’s efforts. His sterling academic result and his determination and hardwork played crucial role in securing his admission. He didn’t count himself fortunate considering the times he spent late night studying just so he could achieve that sole objective of gaining admission effortlessly.

As most teenagers would, he had spent the last six months post-secondary school attending extra classes at a local institute not too far from home. And in that class, he fell in love for the first time.

He met a classmate whom he found comfort and shared love- whatever that meant. Her name was Clara. They studied together and commuted back home after every class. On the days when there was no class, they spent time together talking and sharing plans for the future -typical for 17year olds! A part of that future plan had both of them studying together in the same university and graduating together perhaps even starting life together. They were meant for each other.

But you know how life story goes, it had something else in store for both of them.

When Uche gained admission into the university that same year, Clara struggled to pass the university entrance examination as her scores fell short for admission and this cost her a full year to re-write the exam.  It was a set-back that was worsened by poor communication (there were no mobile phones at the time) and they had to write letters and waited weeks on end for responses.

But Uche was love struck. He had her pictures all over the adjoining wall to his metal bunk where he rested his head every night. He wanted nothing more than sharing his every day with Clara.

Clara on the other hand missed Uche dearly during the first year of their relationship and her insecurities started to play out. She would insinuate that he had options and other girls at his beck and calling. She swore that she had friends who gave her reports of his incessant visits to the female hostel every night. The few times they spoke on the phone (terrestrial land lines) or in person, they spent half the time reassuring each other of their commitment to each other.

As the time to write the JAMB entrance examination approached, their run of purple patch had started to disappear and their relationship was on the brink of collapse. Uche had just one last chance to salvage what was left of their relationship.

The day before the JAMB examination, Uche took the evening bus back to Lagos. He had reliable information that he could get already solved answers to all the subject papers scheduled for the next day.

Now you see, in those years, examination leakages was starting to be the fad. Reliable information at the time suggested that examination leakages started from the ministry of education. The very parastatal saddled with the responsibility of keeping the integrity of the examinations was behind the leakages. It was alleged that the wife of the minister who operated a local tutorial centre in mainland Lagos had leaked the “expo” – as it was fondly called, for the first time in the modern history of the examination to her students. The examination questions were eventually sold for profiteering and the solved papers were sold out to candidates the night before. It was a booming business. Years after that first leak, it became a ritual of some sort every year!

Uche was going to reconnect with some of his old friends in Lagos to get the solved answers for his girlfriend. He was confident that doing this will endear her to him and reassure her that he loved her dearly.

What could go wrong? He pondered.

When he arrived at the University of Lagos which was the hot bed for this despicable and illegal activities, he reached out to a couple of his friends. They were glad to see him and asked that he join them in solving the question papers so they could re-sell the answers to candidates who were trolling the campus like zombies. They knew he was a genius in Mathematics and in return for his efforts, he would get the answers to any subject he desired. Sounded like a fair deal to him. And so he joined the team.

In that room, 8 students huddled together in the cramped space solving the question papers for an examination that many others were still preparing to solve. Where any of the students got confused they referred to subject textbooks littered all around the floor. The worked for hours till it was closed to midnight.

When the solved answers were compiled, the boys would deliberately falsify a few answers so they can throw the authorities off a leak. It was a tedious activity, but each student in that room worked like special agents. Not speaking, not throwing banters, but solving and recopying the answers.

By the time he was done, Uche had collated answers to all the questions his girlfriend would be sitting for the next morning. He had to now start the arduous task of commuting to her house somewhere in Festac.

With his backpack strapped to his back he boarded a late night bus from the campus to Oyingbo bus terminal where he was going to catch another bus to mile2. He was a satisfied young man. He had the “expo” in his backpack and he was convinced that Clara would be delighted to have a head start. What we do for love!

When he boarded the rickety coaster bus at Oyingbo, it was midnight and the conductor was calling for passengers to fill the empty bus. As he sat next to the window minding his business with sights of a busy nigh life of traders at the bus terminus, a young lady sat next to him. She was slim and carried a small bag. She looked super worried and lost. Uche obviously had less problems than this young girl and so he kept his gaze out of the window. Soon the bus was starting to fill up with passengers, mostly market women closing sales for the day and heading home.

“Please are you writing the exam tomorrow?” She continued almost near tears

“Yes….actually No. Are you?” he enquired.

“Yes I am. But I have been trying to get the “expo” all day and couldn’t find any. I was at the Yaba College of technology and the university of Lagos, but I just couldn’t find anyone or anywhere to get the expo” Her voice reeked of utter sadness. She was such a sorry sight.

Uche pondered on it for a moment and then asked.

“What do you plan to study at the university?”

“I want to study medicine. I want to be a doctor- to save lives”

That is such a noble thought to harbor, Uche thought.

“That would mean that you would have to write, Chemistry, Biology, English and mathematics in the examination tomorrow” That was a rhetorical question. But this strange young girl nodded.

The bus jerked to life and the journey started as the noise in the bus and its roaring engine made it even more difficult to converse.

“I will help you with the “expo”! I have got the papers you would be writing tomorrow”

The young girl’s face brightened up and her expectant face wore a faint smile.

“Do you have a pen to copy with” Uche asked.

Both of them had no pen even when he carried a backpack and she a small bag. Panic started to set in as the bus sped through the free expressway to Mile2.

Uche called out to the Bus conductor amidst the noise.

“Oga abeg, please help us buy biro for road. Abeg” It was a passionate plea that could never be turned down.

Lagos my Lagos! At midnight had candle lit tables selling just about anything. When the bus stopped at a bus stop for some passengers to alight, the tired bus conductor returned to the bus with a pen. A bic biro!

With this pen, Uche started scribbling the answers to all the subject papers the lady would write the next day. Just as the bus throttled through potholes, the pervasive sweat from tired market women, the choking fumes from the bus exhaust and the noise from the engine drowned their breaths, Uche wrote the answers as fast as the bus would allow.

Soon she reached her bus stop and he had just completed the fourth subject she would need to write in the next few hours. A grateful and sincere thank you was hurriedly shared and she found her way to the exit of the bus with one final look when she had alighted to wave to her “angel”

Uche had not exchanged names with her or any information to connect with her in future. It was a kindness sown out of goodwill. He desperately wished that she achieved her dream of becoming a medical doctor and hoped that she was already saving lives two decades after!

Please help find this unusual Doctor! If you are the doctor say “HI”

PS- Uche’s girlfriend got the “expo” that same night by 1am and scored 278 in JAMB that year and secured admission easily that same year to the same university where her boyfriend had spent a whole session without her.

It was supposed to be a lovely reunion, but the first time Clara saw Uche on the university Campus, he was with two ladies having a good laugh with his hands around both their waist!

They never continued their relationship till they both graduated.