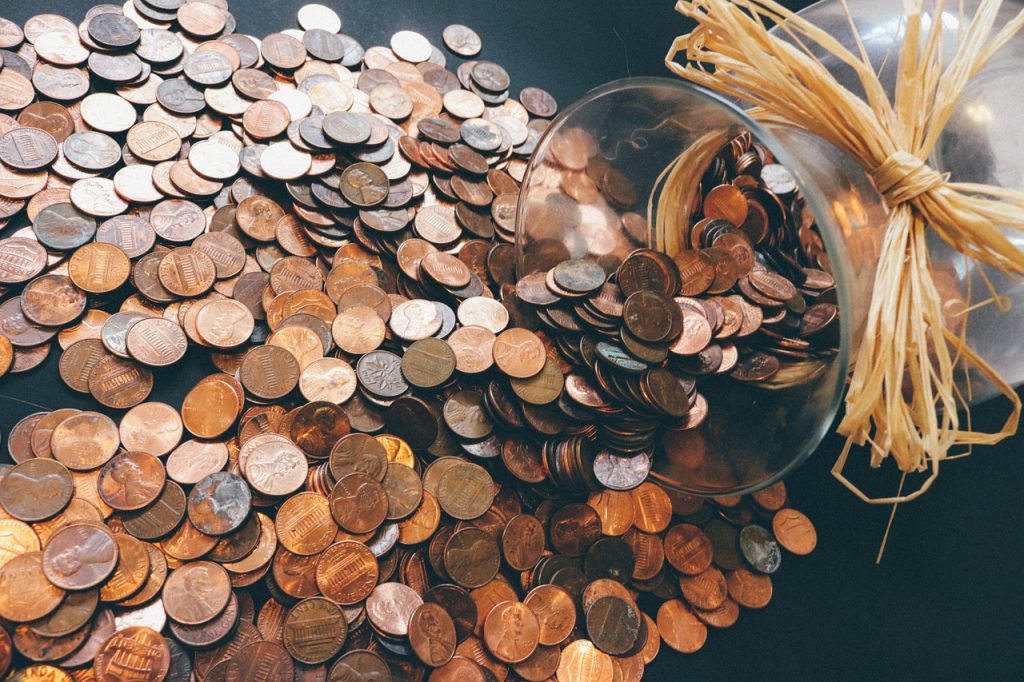 “The habit of saving is itself an education; it fosters every virtue, teaches self-denial, cultivates the sense of order, trains to forethought, and so broadens the mind”

Coming from an upper middle-class family I can say I had a good upbringing, where most of the things I needed was provided for adequately.

I studied at Mayflower Secondary School Ikenne before progressing for my tertiary education.

To be honest, savings was never an option and I never had reasons to set money aside apart from small petty gift from my family. After my National Diploma in Mechanical Engineering, I got a placement in Elf Oil Nigeria limited on internship. It was a fantastic opportunity and a chance to get a temporary or permanent placement by making a push for it.

Working in Engineering unit was a great experience as I had many bosses to learn from. They came in a mix of attitude and behaviors but I never looked at the negative aspect but focused solely on the best part they had to offer and how best I could use it to better my life.

Noting that I was in the lowest cadre of the office and at the beck and call of all superiors, one stood out. He was Engineer Richardson.

Initially, I never really liked him because he came across as arrogant and proud. It was such a misconception. The classic -never judge a book by its covers.

He was a point-blank, down-to-earth person. True to a fault. And he addressed me as though he didn’t like me, but I had no idea that he never hated me.  I believe you understand that at that age and with emotions raging at the time one would expect to be pampered.

One fateful day, Engr. Richardson called me into his office and asked of my plans for the future. I was quick to tell him the little I had in mind and he narrowed the discussions on my income.

I told him my income was for me to enjoy. He had a funny grin on his face and said I was wrong. He goes on to explain that he had taken liking for me because of my dedication to work and my amiable nature. He was worried with my approach to money and he advised that I had to change this even if it was the only thing he would teach me during the course of working together.

He had noticed that I spent an awful lot of money on my colleagues yet we earned the same take-home, while they saved theirs making me the “Mugun”

He told me to come up with my necessary monthly expense and I quickly gave him a quick summary. He then asked me to go and open a bank account. I remember racing to a branch of First Bank Plc in Ilupeju.

When the account was fully opened and documents where issued, he let me keep the saving passbook while he kept the withdrawal booklet. Those times bank accounts were operated using booklets. Lol!

Within a few months I became excited and elated just seeing the kind of money accumulating in my account.

As i earned his trust and confidence he started allowing me use his personal car or the office pool car for work-related task at the office. In the course of executing my duties, I saw legitimate opportunities of making more money.  When I told him about it, the first thing he told me was;

“All extra income goes to saving”

Frustrated, at first I started to blame myself for telling him. He was quick to notice my lukewarm attitude towards him and sudden change. Three days later, he took me out for lunch at a place call “Pata Nla” in Apapa. A very popular canteen located in the Apapa Post office building. He then asked why I had a changed behavior towards him. Still seething from the disappointment, I opened up and started crying  from pent up frustration. Please note -I was still a teenager at the time.

He consoled me, then encouraged me to eat trhe meal before talking me through some basic tenets of savings. The lessons from his advice are summarized here;

The first 2 weren’t a problem but the last one appeared to be like an insult so I was quick to defend myself, responding that I was never greedy.

“when you spend money on unnecessary things, it is borne out of greed.”

The understanding hit me straight like a bolt of lightning. Taking the lessons to action, about a year later, I had a huge savings, so much that I had a female teller at the bank who was always quick to attend to me as she was starting to admire my savings drive. I was the “small fine boy” now with some big cash and from a good home. You will recollect that the bank was in ilupeju- the same town I was born and lived all my life. Since she lived in Ilupeju too she was quick to render quickened services despite the long queues.

I got a temporary placement after my internship 3 months after my placement ended. Although I was still coming to work, my “Mentor” surprised me by putting me on a monthly pay from his pocket covering my expenses plus 50% of my expense so I can continue saving and would not have to touch, reduce or deplete my savings.

This shocked me as we had built a bond over the months, but the kind action strengthened the bond. I would then visit his family and his kids would call me “uncle Yemi skolonja!“

I still do not know how they came about the name. During this period, i was offered a temporary employment, he told me to look at the bigger picture which had schooling at the center of it.

He frowned at the offer but I assured him I would make plans to further my education. Now our conversations were often serious and intense. I promised I was going back to school and wasn’t going to disappoint him. We had a verbal agreement and i planned to keep to it. I got the job and also resumed back at school. It was pretty tough because after my first contract, the extension wasn’t granted so I had to join an oil servicing company away from his, but I kept the communication going even without his prompting. I gave him regular updates like we did while i worked with him.

As my savings grew, we started out with fixed deposit instead of just the regular savings account. With his consent, I moved my money to Niche-Ben Merchant Bank which became NBM Bank and now Sterling Bank.

While at my new place of work, I then joined the local savings and contribution scheme called “AJO” where a number of employees would band together to contribute a portion of their salaries and one person took turns to collects the total contributed sum each month.

Faced with the risk of not completing the cycle, I made sure I was the coordinator for the group.

In my first year I made a remarkable milestone amount in savings. At some point the income on savings and fixed deposit was no longer interesting.

At the time, I was rounding up my Higher National Diploma and armed with good funds, I immediately coopted a friend of mine into my new idea and plan to start out on my own. My friend was called “Double 3” because he had 3 conspicuous tribal marks on both his cheeks. I then convinced my aunt to allow me use her registered company name that she hadn’t been utilizing all the while.

Her name- Christianah Toyin formed the company name i run till today. We went on to supply fast moving consumables oil and gas spares. And we were supplying companies including the one i worked for.

It was fun all the way. We did that continuously without anyone knowing for about 3-4 years till I left that company.

I decided to leave the company because of some injustice in the system, which I spoke against and was transferred to head the eastern region as punishment. When I weighed the opportunity in the East with what I had built over the years I decided that the move wasn’t worth the trouble and so I resigned.

To my amazement, the company rejected my resignation. I was consider valuable despite being punished after i had played an instrumental role in retaining some “bad” contract and I was part of the team that helped win some major jobs as well. My resignation therefore became a huge conflict.

In the end we agree that I stayed an 2 extra months with the company for my resignation to be accepted.

Initially they thought I was going to accept another job and that making me work extra months would thwart it. But they were so wrong, I was going to set up my small firm while I also look for job if one came my way.

In the 2 months I spent, I took the best chances by introducing my company to my clients after every meeting. And they just loved and supported my bold move. And that laid the strong foundation to berth my company.

In the course of tendering, bidding and presentation, one of my greatest fears came to haunt me. If you recollect that whilst I was doing some jobs with my company, no one knew I owned the company including the MD! A client had requested for a meeting with my company after we won an important bid. On the fateful day. I was in Total Nigeria Plc to defend a spare part order contract and my former MD accompanied by his team were also there for some reason. There was a call on my Company and i responded by walking to the meeting room, it was then that my former MD in shock wondered what hit him.

When I got out of the meeting, he called me and asked politely if i was the owner of the company. I affirmed his thoughts, he smile and said “I am surprised but not surprised I wish you the very best”

All of this could be achieved simply because I learnt to save, to see my side hustles differently  which gave me opportunity to make better choices because I had created options for myself which eventually crystalized into a thriving company which continues to serve the downstream oil and gas industry for more that 2 decades