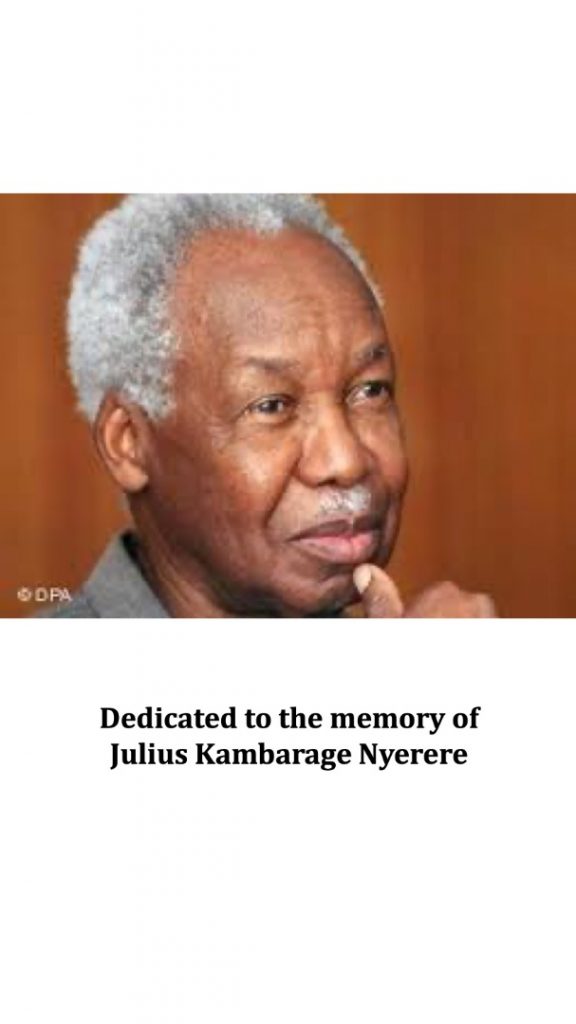 “We accept the love we think we deserve”. Stephen Chbosky

Any community of mankind either in Europe, Asia or America, inclusive of Africa, where there are no values, common creativity or genuine learning and humanity, there will always be political crisis, economic crisis, under-development and disunity!

Of all the races that ever existed in the history of mankind the black race disrespected herself the most. It is the inability to build the culture of respect for one another, our history, the community and the environment that is the basis of our current crisis!

Africa has a socio-cultural crisis and this is breeding our political and economic woes. Our problem is in the way we think and approach issues. Our thought system, especially collectively, does not support civilization, while others will work consciously and conscientiously towards civilization, Africa has engaged in an open war against civilization, because of the way we reason.

How come the same race that started human civilization is now on her knees? According to theories of evolution, Africa began the first civilization- stone-age; it was Africans that started the idea of immigration some 35,000 years ago. Today that same Africa is lost!

Africa needs a renaissance that will spread across the black race. We have as much problems as we have in leadership, in culture, art, education, politics, economics, philosophy and spiritualism. Africa needs an urgent rebirth. Africa is in a mess and the story is the same from Niger, Congo, Somalia, Kenya, Nigeria, South Africa, Cameroon, Sudan, Burkina-Faso to Madagascar. A few African countries are doing exceptionally well (Rwanda and Botswana to name a few) while many others are battling poverty, unemployment, lack of infrastructure, poor health, insecurity and non- functional institutions of governance.

Africa needs another evolution; we either evolve or perish! The pre-slavery darkness that engulfed Africa is still at play and this darkness makes Africa too heavy, unconnected to one another and lacking in innovation. The continent needs self-realization, self-discovery and self-development before there is a rebirth for Africa.

Africa got independence but she is yet to be free; Africa is not free from herself. The greatest enemy of Africa is Africa. Slavery has ended but the spirit of enslavement has not departed. While colonization has ended yet the structures of the colony remains! 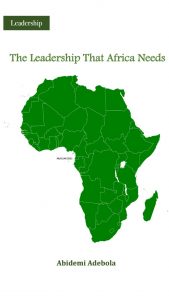 2060 (Changing the political Architecture of Africa)

By 2060, leaders will emerge at regional levels who will be open to amalgamation. This amalgamation will begin to take place between Sub-Saharan Africa (South Africa, West Africa & East Africa). But 15 years later, the Northern Africa will seek to be part of the Amalgamation.

A leader will emerge that will make it his over-riding destiny to unite Africa by all means possible. Africa will thereafter become one single entity with a single currency, a single parliament, a single Market with free movement for Africans within the continent.

At this point, the dream of Kwame Nkrumah and Julius Nyerere will begin to see the light of the day.

This will be described as the African Renaissance. Africa will begin to teach the world how to see them differently, the sleeping giant is finally out of his slumber and now creatively dominating the world in Arts, science, music, philosophy,  education, sport and all other endeavours of humanity.

African economic landscape will begin to change. Innovation, modernization and productivity will be enhanced all across Africa. An economy fast dominating the world will emerge, an economy of well over 2billion people led by human development, creativity and technology.

The unity of Africa is the ultimate destiny of the black race not only in Africa but all over the world. Africa will lead the world again and teach the world new things. It is inevitable! The day Africa unshackle herself from the chain of colonization and disunity, that day will mark the beginning of her liberation!