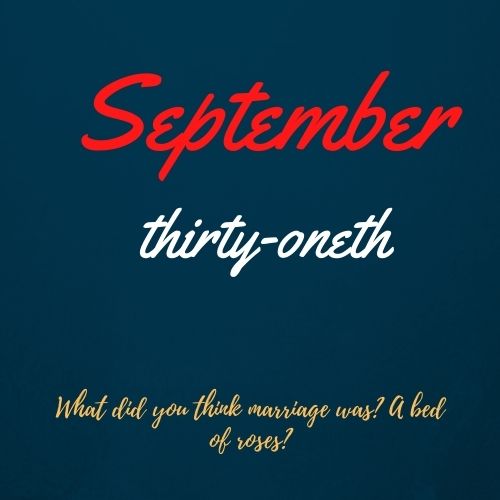 What do you think marriage is? A bed of roses?

SNIPPET for your reading Pleasure. 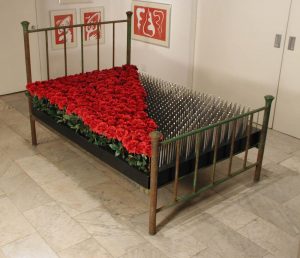 She had the same dream for the umpteenth time. The dream came quite often, almost every week with only the end changing each time.
She couldn’t see the face of the woman, but it was the same woman and she was always with her husband, whose face was undeniably in clear view. He was having an amorous relationship with this lady.

Unlike the previous times she had this dream, she woke up into a dark, even almost dank room, quiet except for the fluttering of the curtains as the electric fan spewed out cool air as it turned a full cycle. Now awake, she was flooded with a feeling of danger accompanied by sudden palpitation. Yet it was just midnight!

Her husband, Emeka, murmured something incoherent in his sleep as he turned to rest on his back.

It was several moments before her eyes got accustomed to the dark, first blurring at the edges until she could focus on the dream she just had. The message was unmistakably clear just as the previous dreams she had all the way from her childhood days. And from experience, they were never something to wish away.

She blamed herself for not warning her parents before they perished in a ghastly motor accident on their way back from a social function out of the state when she was only a teenager. Days prior to the trip, she had woken up drenched in her own sweat, scared to death from the horrors of her nightmare. The dream, like a premonition, always the same, each time more distinct and with an overwhelming clarity.

Every day she woke up, she opted to pray for their safety on the highway rather than warn them of the impending doom or physically stopping them from embarking on the ill-fated trip. The journey cost their lives. A heavy price to pay for her hesitance.

All through that ill-fated trip she made dozens of phone calls to both her parents to ascertain their safety. Every time they spoke she felt comforted and with growing confidence on their return journey, she had become more relaxed and calm, until she received a call from her father’s mobile phone. But the voice at the other end was that of a stranger, a voice laden with panic and confusion. One she would learn to live with for the rest of her life. That incident was a damning confirmation of the trueness of her dreams.

In hindsight, she should have done everything to stop them going for the trip.

That mid night when she woke up, she laid in bed, her eyes staring blankly into the dark. Her dream wasn’t enough evidence of infidelity, but at least it didn’t suggest that anyone was dying, thankfully.

On her side, her husband snored loudly. A familiar tune she had gotten used to for over four years. He was so much a deep sleeper that he hardly stirred. All you had for company was this rattling nasal sound reverberating through his mouth in a constant wheezy rhythm.

She wasn’t one to check his phone or spy on his messages. She just wasn’t wired that way. She couldn’t deny the increasing temptation to flick through his phone. She always wondered why he spent an awful lot of time on his phone. Chatting away with a smirk on his face while he tried hard to stifle a smile. But, not once did she question him. She was to absolutely trust him and that they say is the fundamental support system of the marriage institution.

She turned to look at him. Serenity was plastered across his face as he slept. At peace, his consciousness swirled in the land of dreams, oblivious to the physical world. She had to admit, he was an attractive man- all six foot of him wrapped inside the duvet that morning. He was an Adonis among the other men at her beck and calling who each paled woefully in comparison.

He had a beautiful face, handsome would fall short to describe Emeka. He oozed of pure masculinity with his well-defined facial features accentuated by a sharp jaw and angular cheekbones adorned by a thick serving of rich black beards. His eyes held a twinkle that never failed to hold her in awe, while his lips carved out like a pair of thin sausages gave the best kisses that killed brain cells inside her head.

She counted herself lucky to be his wife. Their near-perfect marriage was only tainted by her insecurity now festered by her incessant dreams. To everyone she cared to speak with, her marriage was an epitome of perfection. She was easily the envy of their friends, always dressed to the nines, looking fly and immaculately groomed. She manned the home front, managed the kids and had a lot of time to brood over her husband’s behavior.

She convinced herself that the evidence she sought was in the mobile phone that blinked intermittently in the dark somewhere under his headrest. It was about time she put her fears to rest. If he was cheating on her, it had to be in that device.

She turned to her side and fetched his phone from underneath his pillow. Gently slipping her fingers right under his head. When she pulled the blinking device out from under him, she strained in the dark to see his face. His face remained unchanged. Sleep held sway.

Of course it was locked!

She wasn’t surprised. She had never tried to spy on her husband. She never needed to. But smack in the dark, on this raining September day, she broke her duck.

He had set biometrics access to unlock his phone. And so she had to do a lot more to access his phone. His fingerprints would do.

She had seen him use his index finger every time he unlocked his phone. But she wasn’t quite sure which of the index fingers. He always held his phone with both hands.

Now he had made things a tad difficult. Either the right or the left hand. She would have to try both of them.

She turned to her side carefully resting her body on her left elbow as gently pulled his right hand from under his body. She would pause for a moment and then tug at his arm gently until his limp fingers could be discerned in the dark. His finger nails glistening with the faintest streak of light.

She pressed his right index finger on the phone biometric pad gently and watched as the screen flickered on with a message. “No Match”
“Shit” she muttered under her breath.

Then he stopped snoring. Only for a brief moment. She held her breath and stayed still as though invisible. But shortly after, it changed first to a snuffle before he continued the snore with the same hoarse noise she was accustomed to.

She would have to walk to the edge of the bed on his side of the room to try his other index finger.

She rolled out of the bed cladded only in her form-fitting lingerie that was pristine white- a sharp contrast in the pitch dark. It pooled around her like liquid silk. Emeka had slept like deadwood and barely paid her any attention when he got back in the night before.
She tiptoed gingerly around the bed holding his phone in her left hand like a prized asset as she squatted next to her sleeping husband. She couldn’t afford for him to wake up at this time. His snore, the only confirmation of his sleep was her most reassuring sign.

His left index finger was much easier to find this time because his left arm was lying by the edge of the bed when she found it. When she picked up his index finger slowly with her thumb and index finger, his hand grabbed hers and the phone in a swift move, painfully squeezing both like he caught a trespasser.

“And what do you think you are doing Tam?”
Tamara stayed rooted to the spot, the breeze from the fan moving her hair softly away from the cheekbones as her face turned pale, as if her very blood was shrinking away from his presence, her lips almost ghostly as she found no word to answer.

**********
The conversation afterwards was one-sided. Emeka tirade was a handful. Tamara had murdered sleep and she was guilty as charged. She had let him in on her insecurities and lost some of her credibility. Breaking into that phone was going to be a tall order from then on. She had to find other means to close out this hunch that had burdened her for weeks.

She reached out to her Zoe, who was a celebrated wife of an unabashed philanderer. Her husband Gbade, was a chauvinist and a womanizer, but he was also the most thorough attorney she had ever met. He would spend countless hours making sure every angle in his cases were covered, every detail examined and re-examined. His clients loved him and so did his friends. He was a jolly good friend most times and the live of the party.

He oozed an effortless charm when he spoke as though he owned the courtroom, holding everyone’s rapt attention. It was impossible not to admire him, but he had lost the charm that got them married years ago.

Zoe never stopped complaining shamelessly to all her friends about the drama in her marriage. In one breath she would talk about the STI she suffered whenever she had sex with him and in another, the countless times she had checked his phone for the faintest evidence of his infidelity. She became even more animated when she narrated scenes where she had literally sneaked up and caught him in the act with younger ladies at guest houses and motels on the other side of the city.

It seemed as though her only job was to chase down her husband and disrupt his every philandering move. But Gbade was too far gone. With Zoe’s constant badgering and noise, he cared even less and left behind trails of his conquest with reckless abandon. He no longer flinched when Zoe threatened to file for divorce. There was nothing more he would love to happen.

Her experience with a chronic Casanova would come in handy for Tamara and when they both sat across her dining table the next morning, Zoe’s hearty laugh wasn’t as comforting as she had hoped.

“You haven’t seen anything yet, they are a useless bunch. I am sure he is hiding something, just like his friend” her voice laden with painful reference to her husband.

This story is inspired by the beautiful mind of JOLADE