“Your assumptions are your windows on the world. Scrub them off every once in a while, or the light wont come in” Isaac Asimov

A good many of us are guilty of making assumptions about almost everything. For every situation we face, we quickly deduce and make conclusions based on our preconceived ideas, past experiences or our fears or insecurities.

If you think deeply about it, you could easily make tons of excuses about it not been much of your fault because human beings are just naturally hard wired that way.

For some people making unfounded assumptions has become a really bad habit. The more they make assumptions, the easier it is to continue making them. To make matters even worse, taking actions based upon assumptions is a sure-fire way to ruining any sort of relationship with others.

Making assumptions simply means believing things are a certain way with little or no evidence to show you are correct.

Assumption comes from a place of poor communication and it’s absolutely easy to make assumptions.

It requires no particular intellectual skill. All the thoughts run through the head, then you string together half-truths colored by your perceptions, past experiences  and deep seethed feelings before literally JUMPING into unfounded and unverified conclusions and then acting on it. 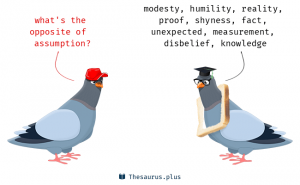 To complete the process, you fill in the blanks with YOUR interpretation of what you see or hear. Your interpretation basically comes from your past experiences that appear to be similar and also from those you’ve heard about from others.

Armed with your half-baked information, you start to connect dots that aren’t there. You really can’t help doing this because you’re missing relevant information anyway. In trying to make sense of the situation, you make connections between today and the past. Connections that didn’t really exist and then finally you take the plunge and ACT based on this conclusions that are so WRONG.

When it comes to human interactions, every individual brings their own experiences and background to the table to inform how they see things. It is almost always a mistake to assume that our way of seeing a situation is the only way to see it.

Our assumptions will either drown us or help us soar through life. It starts causing problems when we believe our way of interpreting a given situation is the only way to interpret that situation.
Furthermore, when we add judgment to our assumptions and begin labeling those who disagree with us, we invite conflict. Imagine being on the receiving end of an action based on “crazy” assumptions.

Making wrong assumptions will hinder anyone from taking responsibility for their life. It would allow you to hide behind your version of the story. This means you don’t own your part in the true story. You prefer to blame others for your misfortune, rather than look in the mirror.

The strong fabrics of relationships, friendships, marriages and other forms of human interaction have been badly destroyed by assuming that certain behaviors or attitudes suggest that a partner is cheating, lying, pretending or all sort of negative vibes. It eventually leads to undervaluing and underestimating relationships partners, colleagues and anyone else in an interpersonal context.

In the end, it is a toxic behaviour that fosters a negative mindset. Sometimes to protect ourselves from hurt, assumptions are used to lash out at others.

We make the assumptions irrespective of whether others tell us something or they don’t. We make assumptions to fulfill our need to know and to replace the need to communicate.

Even when we hear something and we don’t understand we make assumptions about what it means and then believe the assumptions. We make all sorts of assumptions because we don’t have the courage to ask questions possibly because we fear what the outcome would truly be.

The worst part of this is that it easily becomes a habit. A lot of people never snap out of doing this. They do it so often and they literally do not care about the consequences.

To be honest, people who make a lot of assumptions will misunderstand other people’s actions and motive very often. And this would lead to strained relationships whether in personal or business dealings.

They would also make errors in judgement and subsequent actions. For leaders this can be really disastrous. Decisions based on empirical data are easy to justify and even when the interpretation of the data leads to a wrong decision, lessons can be quickly learnt without damaging real relationships or businesses. But when based on assumptions, people will miss great opportunities to progress in life.

Do you have a friend who is stuck up in this habit? 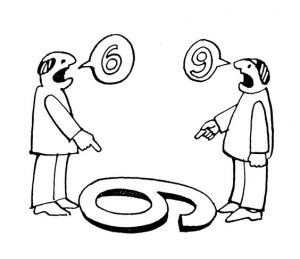 Could this be a reason?

In this age where conversations have gone from verbal to mobile, it appears that we are gravitating to a “silent” generation where emojis, short forms, abbreviations and chats are replacing the need to communicate effectively.
The younger generations would opt for a chat on social media while wearing a stern face or a weary smile than an actual conversation where they get to open their buccal cavity to speak. Could we be having an explosion of dental related problems in the coming years? But I digress.

Is the new generation likely to become social misfits where with less need for actual conversations, assumptions will rent the space?

Perhaps we are at the age where social interaction becomes redefined forever into digital units where assumptions are defined as mathematical terms in emoji, gifs and signs?

If this doesn’t quite explain it, then could this be a sign of serious insecurity for the older generation?

Assumptions are the foundation upon which interpretations and conclusion are built. Afterall everything in life operates under certain assumptions.

Now we are not talking about technical assumption and the scientific assumptions that allows us to process phenomena in our world. Neither are we talking about assumptions (other than an Economic Assumption), and the values ascribed to such assumptions, upon which each Projection or draft Projection and, in each case, the calculations and information therein are, or are to be, based.

We make these sort of assumptions because they are an efficient way to process the world. That even makes us super intelligent when you think about it.

But the assumptions in the spotlights in this post are the ones we make when we are not working with all the facts, and then base our decisions on what we think might be going on, not on what is actually going on. Here we rely on our perception, our paranoia and then project our fears and insecurity on the quality judgement and decisions we make.

How is this not the lowest, dumbest form of intelligence?

It requires the least intellectual effort from humans and in fact, there is no intelligence in it at all!

No wonder it is often irresponsibly expressed and acted upon with abandon. It rarely does good and often causes more harm than good.

Don’t make assumptions, find the courage to ask the right questions and to express what you really want. Communicate with others as clearly as you can to avoid misunderstandings, sadness and drama.

It’s just a lazy behaviour when instead of asking questions to get the information you need, you take the path of least resistance.

Because assumptions rely on old information to fill in blanks and connect dots. It will keep an individual stuck in the past. Living a lie. Assuming things deepens old pains. The more you pick at a sore, the more painful it gets. And it doesn’t get a chance to heal. Therefore, instead of expanding into new horizons, the individual will retreat into the past and wallow in poorly conceived ideas and thoughts.

So when in doubt, always ask questions! Go figure! 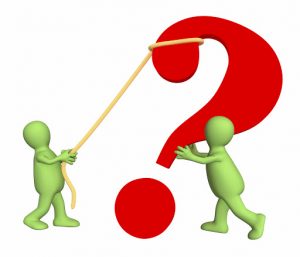 Because assumption comes naturally, we have to make conscious effort not to fall into the trap. Our mind works at a very fast pace and we have the responsibility to apply the brakes and be self-aware of what sort of decisions or judgement we make about situations around us. Even if they appear like ones we can painfully recollect from the past.

A lot of opportunities have been lost simply because we took the easy way out and turned ourselves into mainframe computers looking for dots to string and trends to analyze when by simply asking the right questions and getting more details or information we can reach a better state of judgement and make informed decision.

Always hold-out until you have all your facts. It’s difficult and against the run of events sometimes, but the consequences are far more damaging than the time it would take to wait for more information.

What do you think?

Drop a line in the comment section and I would gladly join in.

11 thoughts on “Assumption – the lowest form of Intelligence”