Signs you are a narcissist -Self Check 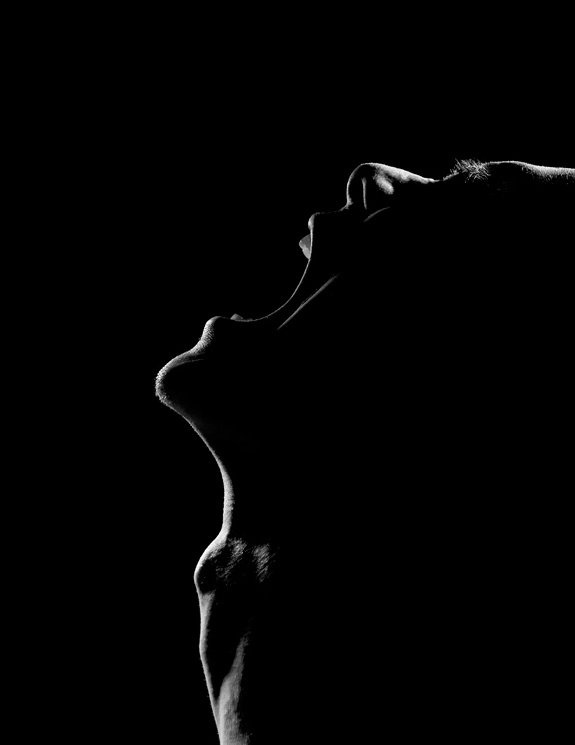 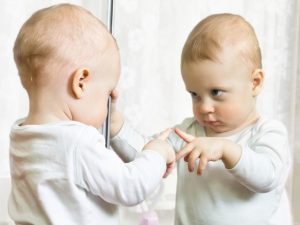 Why do I get the feeling that you have chosen to read this post with the hope that you would not check any of the boxes?

What If you are narcissistic? Well……. You sure need to get some help. At least now you are aware of this condition.

Who is a Narcissist?
Let me give you a description of one;

Narcissists can be very magnetic and charming, they are very good at creating a fantastical, flattering self-image that draw us in. We’re attracted to their apparent confidence and lofty dreams—and the shakier our own self-esteem, the more seductive the allure. It’s easy to get caught up in their web, thinking that they will fulfill our longing to feel more important, more alive.

A corporate type version can be one that is diplomatic, proper, and appearing to care but in reality does not. Another very likeable extreme narcissist can be the one that chooses the comedian role. He is the life of the party and has everyone in stitches, making them laugh constantly. Everyone wants to include this person because they are a lot of fun. He may look, by appearance, intimidating and scary to the average person. He could also play the “nice guy/person” whom everyone likes.

Narcissism, in lay terms, basically means that a person is totally absorbed in self. It’s more accurate to say that people with narcissistic personality disorder (NPD) are in love with an idealized, grandiose image of themselves. And they’re in love with this inflated self-image precisely because it allows them to avoid deep feelings of insecurity. Grandiosity is the defining characteristic of narcissism. More than just arrogance or vanity, grandiosity is an unrealistic sense of superiority. Narcissists believe they are unique or “special” and can only be understood by other special people.

Narcissistic personality disorder involves a pattern of self-centered, arrogant thinking and behavior, a lack of empathy and consideration for other people, and an excessive need for admiration. Others often describe people with NPD as cocky, manipulative, selfish, patronizing, and demanding. This way of thinking and behaving surfaces in every area of the narcissist’s life: from work and friendships to family and love relationships.

A bit of History
The term “narcissism” comes from the Greek myth about Narcissus (Greek: Νάρκισσος, Narkissos), a handsome Greek youth who, according to Ovid, rejected the desperate advances of the nymph Echo. This caused Narcissus to fall in love with his own reflection in a pool of water. Unable to consummate his love, Narcissus “lay gazing enraptured into the pool, hour after hour,” and finally changed into a flower that bears his name, the narcissus

Some extreme narcissist research has found that the emotional age and maturity corresponds to the age they experienced a major trauma. Many times, the trauma was so devastating to the point it almost killed that person emotionally. The pain was never totally gone and in order to survive, the child/person had to construct a protective barrier that insulates him/her from the external world of people. In the end the person would generalize that all people are harmful and cannot be trusted.
The extreme narcissist is typically frozen in childhood. He/she became emotionally stuck at the time of his major trauma.

The protective insulation barrier he/she constructed is called a false persona- a false identity. This identity is not the true person inside.

How can we spot a narcissist?

If it looks like a duck and quacks like a duck, it probably is a duck. There are no physical blood tests, MRIs, or exact determinations that can identify narcissism. Even therapists have to go on just observations of the behavior and attitudes that a person presents.

If you know anyone who checks out the following behavior and attitude, then you need to be more deliberate about your relationship with that person. For a narcissist, propping up their delusions of grandeur takes a lot of work—and that’s where the dysfunctional attitudes and behaviors come in. Here are a good number so check yourself before you wreck yourself – (if you checked out 8 of these signs, then you are locked in as a Narcissist)

1; when he/she needs constant praise and admiration
Narcissists need constant food for their ego, so they surround themselves with people who are willing to cater to their obsessive craving for affirmation.
And if there is ever an interruption or diminishment in the admirer’s attention and praise, the narcissist treats it as a betrayal.
Because they consider themselves special, narcissists expect favorable treatment as their due. They truly believe that whatever they want, they should get

2; when he/she frequently demeans, intimidates, bullies, or belittles others
Narcissists feel threatened whenever they encounter someone who appears to have something they lack—especially those who are confident and popular. They’re also threatened by people who don’t kowtow to them or who challenge them in any way.

3; they demand Perfectionism
You can spot a narcissist through their extremely high need for everything to be perfect. They believe they should be perfect, you should be perfect, events should happen exactly as expected, and life should play out precisely as they envision it.

4; they have a great need for control
Trying to grab control of everything is archetypal narcissist behavior. Since narcissists are continually disappointed with the imperfect way life unfolds, they want to do as much as possible to control it and mold it to their liking. They want and demand to be in control, and their sense of entitlement makes it seem logical to them that they should be in control—of everything.

5; they have an exaggerated need for attention and validation
Another core narcissist trait is the constant need for attention—even just by following you around the house, asking you to find things, or constantly saying something to grab your attention. Validation for a narcissist counts only if it comes from others

7; they do not respect boundaries
Many people lack boundaries or cross other people’s boundaries regularly, but among narcissists, this is status-quo behavior. Narcissists can’t accurately see where they end and you begin. They are a lot like 2-year-olds. They believe that everything belongs to them, everyone thinks and feels the same as they do, and everyone wants the same things they do

8; they lack empathy
Narcissists have very little ability to empathize with others; this lack of empathy is a hallmark sign of narcissism. Narcissists tend to be selfish and self-involved and are usually unable to understand what other people are feeling. They expect others to think and feel the same as they do and seldom give any thought to how others feel. They are also rarely apologetic, remorseful, or guilty.

9; perceiving everything as a threat
Although they’re highly attuned to perceived threats, anger, and rejection from others, narcissists frequently misread subtle facial expressions and are typically biased toward interpreting facial expressions as negative. Unless you are acting out your emotions dramatically, the narcissist won’t accurately perceive what you’re feeling. Even saying “I’m sorry” or “I love you” when the narcissist is on edge and angry can backfire

10; they lack emotional reasoning
You’ve probably made the mistake of trying to reason and use logic with the narcissist to get him to understand the painful effect his behaviors have on you. You think that if he understands how much his behavior hurt you, he’ll change. Your explanations, however, don’t make sense to the narcissist, who only seems able to be aware of his own thoughts and feelings.

11; they demonstrate splitting personality
The narcissist’s personality is split into good and bad parts, and they also split everything in their relationships into good and bad. Any negative thoughts or behaviors are blamed on you or others, whereas they take credit for everything that is positive and good. They deny their negative words and actions while continually accusing you of disapproving. They also remember things as completely good and wonderful or as bad and horrible.

12; they have the fear of rejection and ridicule
The narcissist’s entire life is motivated and energized by fear. You wouldn’t initially pick this out as a sign of a narcissist though because most narcissists’ fears are deeply buried and repressed. They’re constantly afraid of being ridiculed, rejected, or wrong. They may have fears about germs, about losing all their money, about being emotionally or physically attacked, about being seen as bad or inadequate, or about being abandoned. This makes it difficult and sometimes impossible for the narcissist to trust anyone else.

13; Anxiety
Anxiety is an ongoing, vague feeling that something bad is happening or about to happen. Some narcissists show their anxiety by talking constantly about the doom that is about to happen, while some hide and repress their anxiety. But most narcissists project their anxiety onto their closest loved ones, accusing them of being negative, unsupportive, mentally ill, not putting them first, not responding to their needs, or being selfish.

14; they have an inability to be truly vulnerable
Because of their inability to understand feelings, their lack of empathy, and constant need for self-protection, narcissists can’t truly love or connect emotionally with other people. They cannot look at the world from anyone else’s perspective. They’re essentially emotionally blind and alone. This makes them emotionally needy

15; they have an inability to communicate or work as part of a team
Thoughtful, cooperative behaviors require a real understanding of each other’s feelings. How will the other person feel? Will this action make both of us happy? How will this affect our relationship? These are questions that narcissists don’t have the capacity or the motivation to think about. Don’t expect the narcissist to understand your feelings, give in, or give up anything he wants for your benefit; it’s useless

16; they often have a deeply repressed shame
Narcissists don’t feel much guilt because they think they are always right, and they don’t believe their behaviors really affect anyone else. But they harbor a lot of shame. Shame is the belief that there is something deeply and permanently wrong or bad about who you are. Buried in a deeply repressed part of the narcissist are all the insecurities, fears, and rejected traits that he is constantly on guard to hide from everyone, including himself. The narcissist is acutely ashamed of all these rejected thoughts and feelings.
Narcissists never develop the ability to identify with the feelings of others—to put themselves in other people’s shoes. In other words, they lack empathy.
As a consequence, they don’t think twice about taking advantage of others to achieve their own ends.

17; Superiority and entitlement
They only want to associate and be associated with other high-status people, places, and things.
Narcissists also believe that they’re better than everyone else and expect recognition as such—even when they’ve done nothing to earn it. They will often exaggerate or outright lie about their achievements and talents.
And when they talk about work or relationships, all you’ll hear is how much they contribute, how great they are, and how lucky the people in their lives are to have them.
They are the undisputed star and everyone else is at best a bit player.
They spin self-glorifying fantasies of unlimited success, power, brilliance, attractiveness, and ideal love that make them feel special and in control

Now you know how to spot a narcissist, the follow up post will present the best way to handle or help anyone with the NPD.

It is important that we get a closure on this subject.

Please post comments to share your experience about anyone you know who exhibits a good many of the signs above.

21 thoughts on “Signs your are a narcissist-Self Check”