Why we Struggle with Success 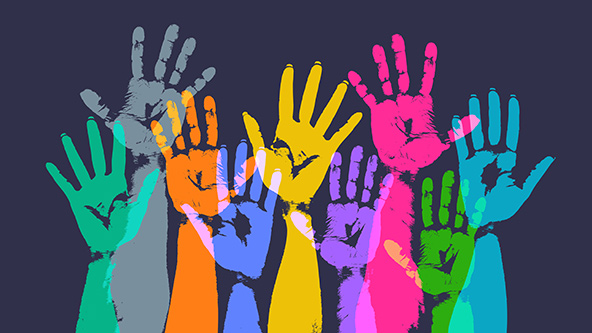 “Every successful person has overcome hard times. Don’t be afraid of your struggle, work past it.”

I learnt a great lesson from my last place of employment and it is a lesson I would love to take beyond the moment of deciding to move on to do something tangible with my life.

You can’t tie your good intentions to succeed to an unfortunate situation and circumstances yet believe you would succeed. Success is not just about your effort alone. Your environment takes a large part of the factors that will determine whether you succeed or not.

When we are too desperate to survive, success becomes a secondary subject and little attention is paid to important issues in the environment. One would be like any other applicant who is blinded by the need to simply get a job to put food on the table.

I took up the offer of the job in spite of my pre-knowledge of the toxic prospective work environment. In desperation I took the job at the peril of my joy and fulfilment.
I already knew my boss was an unrepentant dictator who wasn’t interested in any of her employee’s talent or career growth. In response, I buried my talent to take strict orders even when I was convinced there was a better way to deliver the job than the instructed set of task. My boss had a huge insecurity problem and it was evident in the way she treated her employees. I picked up the job notwithstanding.

My resumption day was like going into a prison complex that welcomed you with the news that you will soon end up being hung in the gallows. I could not resist the job at the time because the offer appeared to be the best of the few available for me.

The place of my primary assignment was an insanely toxic environment; the insecurity started right from the leadership and had enveloped the entire environment and within a short while taken over my whole being.

I understand that working under pressure and duress to meet up with the target isn’t out of the ordinary, but this particular situation was laced with a contest of ego between the leadership and the entire workforce. It was a severely conflicting personality issue. It had nothing to do with the goals and objectives of the organization.

The boss wanted to portray herself as being the most superior, knowledgeable and experienced. None of the employees’ opinion counted even when such an opinion could have saved time and cost. While this situation persisted, employees were running against one another to look better at the detriment of the firm’s health.

Team work gradually withered off and was practically eroded. In its wake was a divide-and-rule situation. While it became obvious that one cannot out rightly kill human relationships; two or more people somehow still had to relate in one way or the other. Hence factions of employees formed and became the order of the day.

Two things worthy of note happened to me; firstly, I was not happy with myself. Secondly, the work environment became extremely choking and poisonous for me to work in.
I thought within myself that there had to be a better way to motivate workers by creating a healthy competition among colleagues with good spirit of sportsmanship.

I came to the conclusion that as a leader, you must hold a solid sense of security by being focused on your goals and the overall vision and armed with a good plan. In addition, one must remain open if such a person’s experience must count. And in so doing the leader must be ready to change and adapt to changes in order to achieve the common goal for the firm.

For any leader, teaching the subordinate or employee to be vision-oriented and not self-oriented and egocentric is key to organizational success.

The other learning point that I found out in the organization was that my colleagues had been overtaken by the passion to earn personal laurel instead of general laurel and commendation. Because we were not happy working together, we turned a team sport into a single one!
We had all the resources but lacked the spirit of winning together.

Robert Schuller once said the best way to succeed is to leverage on others. I know the importance of good ideas and how to partner with such but my so called team lacked such a winning spirit. They could not see anything good from what others suggested once the idea did not come from them.

That year, we recorded the worst financial performance. Not because of incompetence but for our lack of oneness. Our so called employer had to engage the services and intervention of a seasoned leader from another branch who was not directly reporting to her in order to see where it all went wrong.

After two weeks of managing the team and investigating the source of the poor performance, the failure was laid squarely at the feet of my boss. Her leadership style and tactic had stifled productivity and caused a huge deficit in the financials for the year.

The investigation spewed out a lot of issues and the resulting brouhaha was disheartening and demotivating enough that I had to quit my role and the organization, in pursuit of personal fulfillment and joy. I reverted to my survival instinct and continued the search for my Eldorado.
Never again to work in such an unhealthy and toxic environment.

1 thought on “Why we Struggle with Success”