The Sleepwalker and the walk of Shame 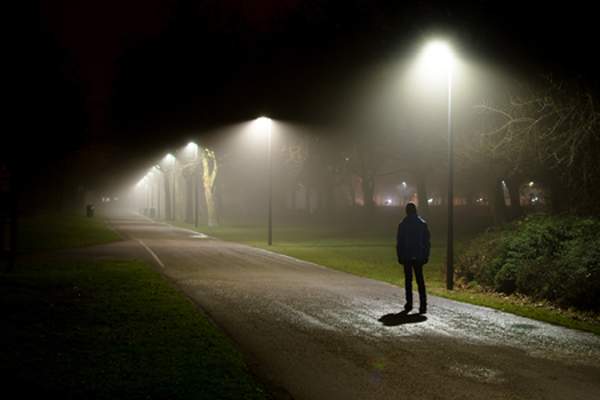 “Any adult with a tendency to sleepwalk has the potential to experience an accident and can be at risk of real injury. I was just lucky” Me

Have you met a sleepwalker? Perhaps you have personally experienced this sleep disorder known to specialists as somnambulism. Weird name innit?

Growing up for most adults, the image that readily comes to mind when you think about sleepwalking is that of a cartoon character, wandering aimlessly around the house or even outside with arms outstretched and eyes closed in the dark.

Some interesting research suggests that 40 percent of children have sleepwalked!

That is no small number!

And it goes on to add that between two and three percent of adults sleepwalk!!

Now, I have sleepwalked before. In fact more than once!

I would share one particular experience that was pretty much the most embarrassing and crazy sleepwalk session I ever had.

It was way back in the university, I was 21 and shared a room with a couple of my really good high school friends. We were an interesting mix but shared a common goal. We wanted to graduate top of the class.

We tastefully furnished our room for our exclusive pleasure. We had the floor tiles covered in thick rug from wall to wall, a desktop computer adorned a reading desk in the room along with a spectacular sound system that bellowed R-Kelly’s album into the serene environment where mostly final year students lived on campus. The window blind, curtain and beautiful artworks dotted the walls around the room complimenting the ambience exuding the comfort that we’d hoped to create.

Deep in the middle of the night, after I had returned from an outing on campus with some other friends where we binged heavily on dozens of lager beer bottles -singing loudly to Craig David’s “Born To Do it” album that was released the year before, I was reported to have woken up with a start. 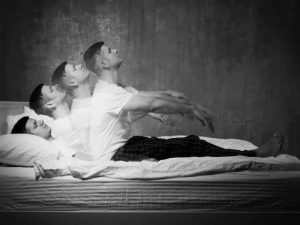 Cladded only in my briefs (what you might call “boxer shorts”), I made gestures suggesting I wanted to take a leak. One of my room mates was awake at this time studying. I barely made eye contact, but walked casually to the entrance door to make my way to the toilet.
That was the last I remembered. (Wait for it)

You’ve probably heard of the myth that says it’s dangerous to wake someone who is sleepwalking. Although waking a sleepwalker is safe, it can be very difficult to do.

Many adult sleepwalkers, with eyes open, perform purposeful acts such as eating half a bag of chips and putting the rest in the microwave, taking all their shoes from the closet and lining them on the windowsill, rearranging furniture, or climbing out a window in the middle of the night—activities that are essentially benign when a person is conscious but that, when they occur during somnambulism, are potentially dangerous to the sleepwalker or other people.

Sleepwalking usually occurs in the first third of the night.

I felt cold water droplets sprinkling on my bare back and the distant noises from students speaking at the same time in confused diatribes. I was awake, but my eyes shut. Something had to be awfully wrong. My room is one of the coziest in the blocks and there was no way so many people would be making this much noise.
When I opened one eye lid slowly and deliberately, I understood why.
I wasn’t in my room! And I had no idea whatsoever where I was.
Oh dear!
More water droplets splashed on my back, cold and shrill, it was no longer a sprinkle. Their voices getting more confident and aggressive as the quantity of water increased.
I laid face down on the threadbare mattress that was thin and tattered with age. It had the distinct stench of dried sweat and a tint of urine that was more putrid than my beer-ridden breath.

“What have I done?” I thought as the voices in my head took over the proceeding.

“You have messed up big time” One husky voice inside my brain derisively mocked.

“What are you going to do now?” The problem solver in me pondered.

“You need to take up a gangster mode to get out of this room” the go-getter in me assured.

“You need to do it now” They chorused.

These conversations held in my head within nano-seconds as my eyes opened fully to behold the strange terrazzo floor finish and the drabbest wall colors a set of sunken eyes can possibly behold as my eyeballs returned from a quick surveillance without moving my head, resting calmly at the bridge of my nose.

Practicing good sleep hygiene can help reduce the likelihood of sleepwalking. Avoiding sleep disruptors such as alcohol and stress can also help. 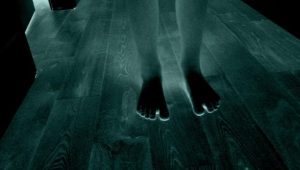 I rose to my feet as though in a trance in one quick maneuver and the students took to their heels in reckless frenzy. Apparently they hadn’t been expecting me to snap out of sleep with such gusto. The one or two who were bold enough to resist joining the melee in a race to no-where, made up their minds pronto, the moment they saw my eyes crossed at the bridge with my head slightly bent as I walked my way out of the room.

They left in their wake, large bowls of water and plastic buckets turned to the sides along with all sort of weather-beaten foot wares and flip-flops strewn everywhere.

The voices in my head promptly took over control. One of the voices even chuckled. I suspect the husky voice. It was a comedy of absurdity.

It was when I stepped out of the room into the gangway that I realized that I had sleepwalked to 4blocks away from my room.

“That is a long walk bro” the problem solver opined.

It’s the walk of shame!

How did I walk that far?

You could be sleepwalking without even realizing it. When you sleepwalk, the areas of the brain associated with practiced movement (like walking) are awake, but the areas responsible for memory and decision-making are still asleep.

A group of students right outside their room were having a heated debate (don’t know what about). The conversation must have ranged from girls to mundane gossips and maybe even a dash of some mystical stories. They even had a hearty laugh as the conversation dragged into the night. It was 1am.

Then they notice another student cladded only in his boxer shorts, bare footed pacing towards them. His eyes barely open and he looked strange, his movement weird.

They nudged each other for attention and watched in silence as he walked towards them. As the “walker” approached them, taking the corner off the roofed gangway a few meters towards them, the young students took to their heels as fast as their short bowed legs could carry them.

Although these nocturnal wanderings may seem extremely odd to non-sleepwalkers, such mechanistic and automatic activities are part of the spectrum of behavior associated with somnambulism, which is estimated to affect close to 2 percent of the adult population worldwide.

Now I was taking the walk of shame to my room. The boys had increased in number. The race-to-nowhere (twice) had woken up more students from the nearby rooms, with some wondering what the object of interest was.

And so it was, that they soon perceived the unmistakable smell of alcohol and the swagger for balance that accompanied my labored steps towards my block. Behind me, the boys start to sing all sorts of mocking songs. They wondered how I strayed to their part of the hostel. 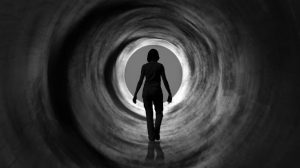 But walk I did.

Accompanied by the comforting voices in my head. Each step quickened as the door to my room beckoned.

I shut the door and the noise from the small group of students behind me as I walked into my room to the questioning stare of my roommate who was still awake and burning the night candle.

“How long have I been gone?”

If it is any comfort, especially to my wife, I haven’t had such sleeping disorder ever again. Neither have I had that much to drink since then.

PS- It took the voices in my head, six months to convince me to put this down for public consumption. I am trusting you also have similar stories or experiences to tell. Please share so we are even! lol

Waiting to read your comments.

10 thoughts on “The Sleepwalker and the walk of shame.”