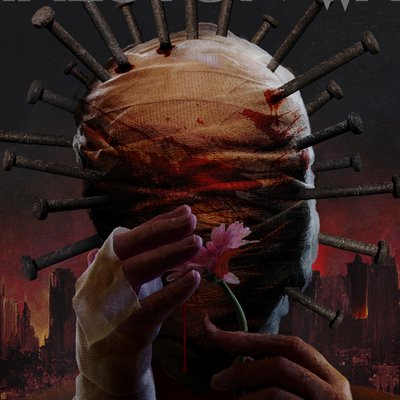 ““Failure is an attitude, not an outcome” Harvey MacKay

Five years ago I considered starting an angel group with a couple of my former school mates and friends. It was an exciting idea (and it still is by the way)and I had ruminated over the prospect of creating a hub where young entrepreneurs with viable business ideas could be incubated and guided to berth their start-up ideas under the guidance of more experienced professionals.

When I pitched the idea briefly in the WhatsApp chat group of my ex-school mates, a couple of friends showed genuine interest and it formed the first real effort at starting the angel group.

“Always act on your ideas, don’t leave room for complacency”

Five of us met a couple of days later for what would be the inaugural meeting of the group. At the time, we were not so clear about the idea, its prospects and where it placed in the financial industry. We had hoped that the power of the group will make the difference.

That first meeting provided some clarity and direction on how best to berth the idea. Till date, I am still fascinated by the quality of input from my old friends who turned up for the meeting. They were a strong intellectual and experienced bunch. The idea was dissected and carefully explored.

“No one is an island of knowledge. At some point you will need all the skills you can get. Find a team”

But that was where our convergence ended. We apparently had varying risk appetite and the ultimate goal for this budding idea had completely changed from the intended objective. More than half of the newly formed team shared a different vision for the idea.

Whilst the meeting ended in an exciting and accomplished note, I knew that if I was ever going to get this idea anywhere near reality, this team wasn’t going to go the whole hog. Sadly!

“When shared visions differ, an idea will die prematurely even with the best team”

We had a second meeting. It was a virtual one via Google hangout. A good number of the team couldn’t join in and so discussions eventually fizzled out and I could see energy disappearing like a candle flame in the wind as each participant in the virtual call signed out after a labored one hour session.

That was the last meeting with my friends on this idea.

We didn’t share a common vision and in spite of their good will, it was my first blow on the project.

Undeterred and not giving in, I set out to find a new team. I spent some good time thinking about who would be a likely partner. One thing was clear, I was no longer going to have a large team. A team of 3 will do just fine.

First I reached out to my friend and confidant who is a financial and strategy expert. He had both skillsets wrapped in one amazing package. My conversations with him eventually drove me into starting and completing my MBA. I was glad he joined the team. I still am!

We both agreed we needed a risk expert as the third partner. We were convinced that having someone, who is process driven and grounded in business analysis and risk, will create the balance needed to berth this idea.

I reached out to another old classmate from university. He had abandoned engineering completely and was doing pretty well in the FMCG industry as a leading risk manager.

I recollect that we met in Yaba at the E-centre over a drink. The meeting didn’t have to take so long. When I pitched the idea with him, his eyes lit up and he immediately showed keen interest to join in. He bought the vision and expanded it. Fantastic!

So, we set out for the first meeting. I was excited about the new team. It looked every bit the sort of partners I would enjoy working with.

Our first meeting fulfilled more than half of my expectations. It was purposeful and very intense. We talked about the vision, the mission and our set of core values. That meeting was documented and minutes shared within 24hours.

“From the get go, always ensure alignment in the vision with the partners. If there are grey areas do not leave them unresolved”

When we met the second time, it was about the business idea, policies and the model and at some point the name of the business.

We settled for BuddieCapital. An amazing name at the time and I thought it was one of the best thought out name for the intended purpose. The entrepreneurs under the concept  would be called buddies and the angels (financial members)would be ranked based on funding capabilities into bands and scales.

We met every fortnight right after Sunday service. It was the best use of our only rest day in the week.

We met for over 8months or perhaps even more. With tons of digital records, documentation, scenario plannings and presentation slides, there was soon too much work to handle we had to engage a young brilliant young chap (who happened to be my mentee) to help manage the resource.

We had a lofty idea and a great vision that literally expanded as we explored the idea even more.

We chose a launch date after one of the meetings over a period of 8months. Our launch date was determined to be three months away, but we started off with the website development for the concept and registered the company name. This was our first financial contribution towards the project.

We had put good energy, knowledge and experience to bear. We were confident that the model was in a good position to test the waters in the real world.

Our meetings never exceeded three hours, we never had alcohol during the meetings, and neither did we eat whilst the meeting was in progress. It was a standing rule.

“Never mix business with pleasure. If you must have fun, be sure it’s after the business has been tidied”

And then, a few weeks to launch date, one partner went AWOL. No communication, not one word. He never returned scores of calls to his phone lines and we just couldn’t figure out what got him. The meetings had always been professional and we didn’t linger unnecessarily after each meeting. What was amiss? We pondered.

“Anyone who attempts is not a failure” Sarah Dessen

We just couldn’t understand or figure out what happened to this chap. He just left.

After weeks of trying to reach out to him, we eventually got through to him via a proxy- a mutual friend. We soon realized that he probably needed a break. Perhaps he had pressing family or work demands and as we were ramping up to go live, he didn’t think he was up for it.

“I Can’t find a quote for this”

Another setback! Setback so heart wrenching that it left us badly decimated-not only in numbers but in effort and energy.

Undeterred still, myself and the financial strategist decided to go it together alone. After all, we can’t wait forever for the risk guy to snap out of his self-induced absence.

“Those who dare to fail miserably can achieve greatly.” John F. Kennedy

We never found that rhythm and that launch date arrived and passed while we were probably busy with other endeavors.

Sad yeah! That was the final blow.

“You always pass failure on your way to success.” —Mickey Rooney

It’s been almost five years now! And that dream is still in hibernation. Waiting for the heat to turn on so it can thaw like ice caps in the burning sun. I have since learnt that success isn’t permanent and failure isn’t fatal.

“Don’t worry about failures, worry about the chances you miss when you don’t even try.” —Jack Canfield

My head is bloodied, but unbowed and I resolved to build my successes on my failures. I will not give up on this idea or its spin off. As I gather the relevant experience to start again, its best to look backwards so I can redirect my steps.

10 thoughts on “Bloodied but Unbowed”