The Broken Window Theory - The idea [is] that once disorder begins, it doesn't matter what the neighborhood is, and things can begin to get out of control. 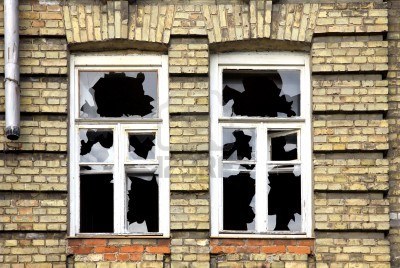 “If you take care of the little things, then you can prevent a lot of the big things”

Ever heard about this funny sounding theory? Me too? At least not until a couple of years ago!

It’s a criminological theory applied in handling an epidemic of crime. You would then be wondering how this means anything!

Well if you will spare me a few moments I will elucidate further. We will delve into the original hypothesis culminating into the theory and then its application into our normal lives.

In 1969, Philip Zimbardo, a psychologist from Stanford University, ran an interesting field study. He abandoned two cars in two very different places: one in a mostly poor, crime-ridden section of New York City, and the other in a fairly affluent neighborhood of Palo Alto, Calif. Both cars were left without license plates and parked with their hoods up.

After just 10 minutes, passersby in New York City began vandalizing the car. First they stripped it for parts. Then the random destruction began. Windows were smashed. The car was destroyed. But in Palo Alto, the other car remained untouched for more than a week.

Finally, Zimbardo did something unusual: He took a sledgehammer and gave the California car a smash. After that, passersby quickly ripped it apart, just as they’d done in New York.

This field study was a simple demonstration of how something that is clearly neglected can quickly become a target for vandals. But it eventually morphed into something far more than that. It became the basis for one of the most influential theories of crime and policing in America: “broken windows.”

What is the Broken Window Theory?

The Broken Window theory was the brainchild of the criminologists James Q Wilson and George Kelling. They argued that crime is the inevitable results of disorder. If a window is broken and left unrepaired, people walking by will conclude that no one cares and no one is in charge. 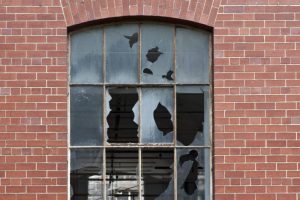 Soon, more windows will be broken, and the sense of anarchy will spread from the building to the street on which it faces, sending a signal that anything goes!

In a city, relatively minor problems like graffiti, public disorder, and aggressive panhandling, they write, are all equivalent of broken windows, invitation to more serious crimes.

This is an epidemic theory of crime that states that visible signs of crime, anti-social behavior, and civil disorder create an urban environment that encourages further crime and disorder, including serious crimes. It therefore suggests that crime is contagious!

The theory reinforces the impression that criminals perceives broken windows and other social disorder as a sign of weak social control; in turn, they assume that crimes committed there are unlikely to be checked.

Well, the broken window theory always worked better as an idea than as a description of the real world. The problems with the theory which includes the fact that perceptions of disorder generally have more to do with the racial composition of a neighborhood than with the number of broken windows or the amount of graffiti in the area, are well documented.

Compelling theories such as this as often betrayed by evidence as critics test the universality of the message in diverse context. This theory therefore quickly became well and truly banjaxed.

But more interesting than the theory’s flaw is its relevance in other sphere of human life and psychology.

If you’d like to read more about the article published by the proponents of this theory, please go take a plunge into online resource. This post is not just about the theory but its now diverse application to life. 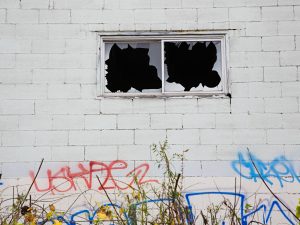 The theory accentuates the importance of tackling issues decisively right when they appear innocuous and insignificant. Failure to address this may lead to even a bigger and more problem down the road.

A lot of the issues of life we face often leave trails in its wake. Signs are there to be heeded and many times we ignore the most obvious or lazily wish them away as not worthy enough of our attention until it snowballs into a really worrisome problem.

Take a cursory look at some of the recent worries you have had to grapple with at work, family or in your personal endeavors. Look out for the little, niggling and annoying things that you probably ignored assuming they would fix themselves and how they have grown into a cankerworm causing all sorts of problems.

When we fail to handle the small problems, the bigger ones pay us a quick visit. Simple!

Any individual who is infected with the dreaded HIV will soon learn that in weakening the immune system, other opportunist diseases quickly take advantage to invade the patient’s body. Starting with ailments as small as the common cold, all the way to tuberculosis will soon find refuge in the ailing body. The body soon becomes the training ground for all sorts of illnesses (well…..unless anti-viral drugs help reduce the viral load).

In life, sometimes when we experience failure of some sort, especially in endeavors where we have always excelled, we soon notice a torrent of misadventure back to back. All happening and festering as soon as the first sign of crack happens. Our bold face and resolve already weakened, we are soon tossed about like the waves at sea.

Bad things happen in torrents many times, and when they do, it’s best to brace up and stand strong as though holding on to the firmest structure in the fiercest storm at sea.

The moment it takes a turn for the better, it suddenly appears like the sea is calm and we thread carefully trying not to prevent yet another wave of mishap. Many take advantage of this time following the popular saying that

“He that is down needs fear no fall”.

Are we therefore at one point going to go through life without suffering a mishap or failure?

Chances are that not many people would go through life unscathed.

Count it a privilege to learn from failures and mishaps. The earlier in life race it occurs, the better.

The race is not for the swift, it’s a long journey- this life. If it is all smooth and pretty, please watch out!

Dr. Tai Solarin often said; “MAY YOUR ROAD BE ROUGH”

We used to cringe whenever he uttered those words decades ago, but now the true meaning of those words are ever clear to every ex-student of his citadel of learning – Mayflower School, Ikenne.

If you fail to learn from your experiences and failures, then that is where the real problem lies.

To win the several battles in life, we must pay a lot of attention to the little things. They show the signs of the big things to come. This statement can be viewed as positive or negative.

When you see the little issues starting to come up, address it quickly and decisively. Procrastination doesn’t only make you lose an awful lot of time, it allows small issues that could have been hitherto addressed turn into monsters of worrying proportions. 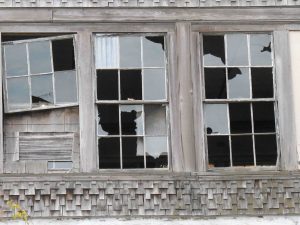 The broken window theory may have been an arguable criminology theory in the 1980s, but its relevance to our lives will remain as true as the color of our eyes.

10 thoughts on “The Broken Window Theory”