A peek into 2100 -To change the future, first you must imagine it 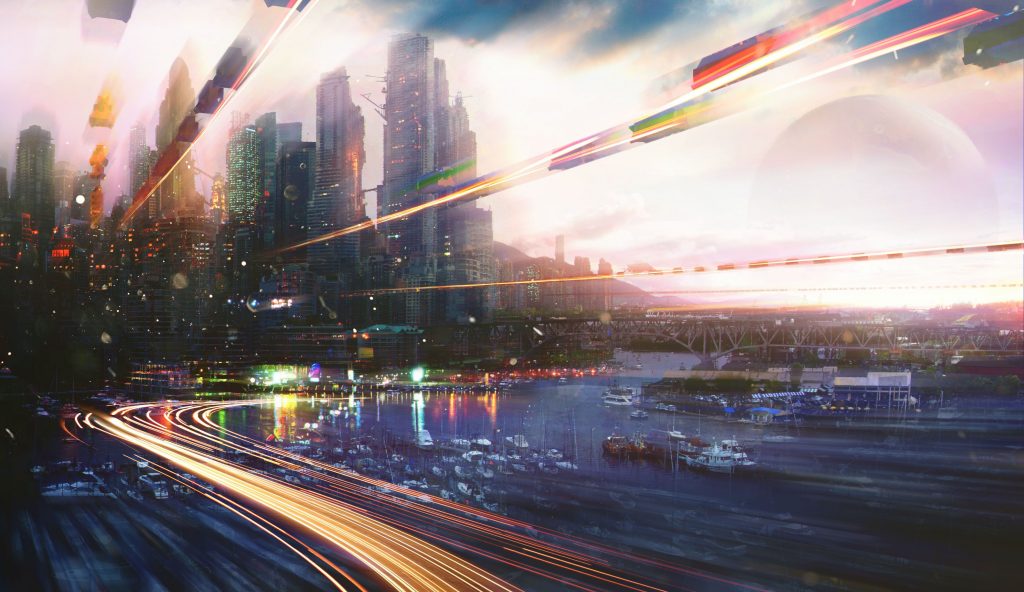 “The best way to predict the future is to create it.” -Abraham Lincoln

A quick addition to your age right now, it is pretty unlikely that many people would be around to witness any of the things I am about to spew on this post.

But wouldn’t it be just cool to imagine what it would be like in 2100?

To start with, it is projected that Nigeria’s population would exceed that of the United States of America by 2050, making Nigeria the third most populated country in the world, after China and India. Interesting!

The world population is predicted to be about 11billion people by 2100, with Africa contributing a few millions less than Asia. The strong growth of the African population will happen regardless of the rate of decrease of fertility, because of the exceptional proportion of young people already living today.

Halt! We are not discussing population of the world here……we are all keen to see what it would be like living in 2100. If by the faintest chance, we get a chance to develop a potent drug or vaccine to reduce or suspend or freeze aging, then perhaps we can get to anticipate the amazing technological advancement gifted to men. Imagine blinking, and then instantly going on line, accessing your home office, or home entertainment system anywhere or anytime. We will be able to download any movie, song, Web site, or piece of information off the Internet directly onto our Internet-enabled contact lenses. These lenses will also be able to identify people’s faces, translate their comments and provide subtitles, so that we will always know exactly with whom we are speaking and what they are saying in any language. We will live in a cross between “The Matrix” and real life.

Tourists will love this, for example, since they will be able to see the glory of the Roman Empire resurrected in their contact lens as they walk among the ruins of Rome. Artists and architects will love it, as well, since they will be able to create great works of art by simply moving their hands in the air. People suffering from illnesses, like diabetes, will love it, too, because they will have immediate readouts of their heart rate, insulin levels, and other important conditions within their own bodies.

Computers will disappear, as will cellphones, clocks, watches, and MP3 players

Chips, costing less than a penny apiece, will be hidden by the millions in the environment. We will be able to command these hidden computers telepathically, directly via the mind. Computers will interpret the electrical signals emitted by our brains, decipher them, and carry out our wishes. When we walk into a room, we will be able to mentally control a computer that in turn will direct the many things around us. Moving heavy furniture, rearranging desks, and brewing a cup of coffee may be possible just by thinking about it. So we will be like the gods of mythology, mentally manipulating the world around us. We will also be able to conjure up almost any object just by wishing for it.

Our cars will be driver-less

Using GPS to navigate without the help of an alert human behind the wheel. These cars will also fly (finally!) by floating on a cushion of magnetism. With room-temperature superconducting magnets, our cars and trains will glide effortlessly in the air without bumps or potholes to worry about since the crafts hover over the treacherous road. Traffic jams and accidents will be a thing of the past as a central computer will be able to track the motions of all the cars on the road (or air), while each car will use radar in its fenders to sense obstacles and take emergency measures as soon as it senses an impending accident. Best of all, we will hardly ever need to fuel up, since there is almost no friction to slow us down. This will also solve the energy crisis, since most energy is wasted, strangely enough, on overcoming the friction of the road.

Doctors will be able to grow “spare parts” for our organs as soon as they wear out.

This will create a “human body shop.” We will never need organ donors and never die of organ failure. Even the typical doctor’s visit will change. For a routine checkup we will talk to a robotic software program that will have a complete record of our genes. This robotic MD will be able to correctly diagnose up to 95 percent of human ailments. If the robot can’t help, then the patient moves on to a living and breathing doctor who can help figure out the rarer disease that takes a more refined and sophisticated mind. By mid-century, doctors and scientists may be able to construct an entire organism using its genome alone. As this genome science progresses, researchers may be able to carry a small kit around with them and, in mere minutes, sequence the entire genome of any life-form they encounter. We will then be able to resurrect extinct life-forms, such as the mammoth, dodo bird, and even the Neanderthal (There are ethical concerns with the Neanderthal. Do we put them in a zoo or put them through college, one scientist pointed out to me).

In the movie “Jurassic Park,” scientists extracted DNA from dinosaurs and inserted it into the eggs of reptiles. Although usable DNA from dinosaurs has yet to be found, there is evidence that in the future this dream might become a reality. That means by the end of this century, our zoos may be populated by creatures that ceased walking the surface of the earth millions of years ago

The human life span will be extended.

Aging will be slowed down by attacking it at the molecular and genetic level. We may be able to “cruise” at the age of 30 almost indefinitely by growing new organs as they wear out or become diseased, ingesting a cocktail of proteins and enzymes, using gene therapy to alter genes that may slow down due to aging, and the old adage of maintaining a healthy lifestyle.

Genetic engineering will also allow us to create “designer children,” so parents can choose the physical (and perhaps even intellectual) characteristics of their children. (Laws will have to be passed to regulate this powerful technology.) Some of these children will be designed to have “superhuman abilities,” or become stronger, more intelligent, and happier individuals. Molecular “smart bombs” circulating in our blood will home in on, zap and kill cancer cells. Nanoparticles, the size of molecules, will seek out cancer cells and destroy them years before they become a problem, either by poisoning them or rupturing the cells. We will view chemotherapy like we view blood-letting and leeches, a painful relic of our ignorant past. However, cancer will not be cured. There are too many types of cancers that mutate too quickly, so the disease will persist; however doctors will be better equipped to diagnose cancer early and treat the disease successfully. The robot industry will dwarf the size of the current automobile industry.

Robots will be everywhere, performing dangerous and tedious tasks. They will have emotions. They will be friendly, polite, helpful (and with fail-safe devices to prevent accidents). Many robots won’t exist in human form, but will be hidden from view, the size of snakes, insects and spiders, and undertaking various unpleasant and dangerous tasks in place of humans. They will also be used as cooks, surgeons, musicians, pets, store clerks and so forth. By the end of the century, robots will be nearly as smart as humans and may replace many jobs. Among the worse off will be blue-collar workers who perform repetitive jobs that are easily replaced by robots. However, there are a large number of blue-collar jobs that will survive, including garbage collectors, police officers, gardeners and plumbers, who are all dependent on pattern recognition. Among white-collar workers, the losers will be those involved taking inventory and “bean counting,” such as low-level agents, brokers, tellers, and accountants. However, novelists, scriptwriters, artists, entertainers, and jobs that deal in human relations, such as lawyers, will persist.

Tourists will soar into outer space via the Space Elevator.

We will push the “up” button and the elevator will climb up a long carbon fiber cable, which extends thousands of miles into space. This will open up the solar system to wealthy tourists and the outer- space-obsessed. The key is to use nanotechnology to create these super-strong cables made of carbon. In addition, scientists will be preparing the first starship capable of leaving the solar system and visiting the nearest stars. New propulsion systems, perhaps involving antimatter or fusion engines, will take us there. By the end of the century, we may have a small outpost on Mars, but an overwhelming fraction of the human race will still be on earth. For decades to centuries to come, space travel will be for astronauts, the wealthy and maybe a handful of hardy space colonists. With advanced technology also comes advanced dangers, especially biological warfare, nuclear proliferation, and global warming. Science is a double-edged sword. One side can cut against poverty, disease, and ignorance; but the other side can also cut against the people unless it is properly controlled. Global warming will become even more disastrous, as many American cities will likely be drowned and other cities, such as New York, will be surrounded by seawalls. Biological terrorists will get more sophisticated and most likely will be able to make viral diseases, like AIDS, airborne. Also, for example, since chips and robots will replace a wide variety of products and occupations, millions could lose their jobs and the economy could be thrown into turmoil. Silicon Valley, for one, may become a dead zone as the chip is replaced by smaller and smaller prototypes, eradicating the area’s jobs and upending the nation’s economy.

Culled from the New York Post and based on interviews with 300 of the world’s top scientists.