What direction does your energy flow? (Part II) 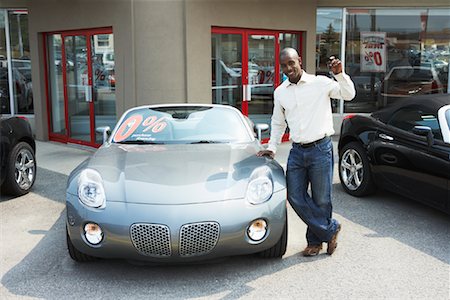 – You are your own limit!

A t the time I started this article last week, I had no idea I was going to be including my story in it.

If you are reading this article off the first one, then, you haven’t missed a beat.

To drive home the discussion, I had spiced it up with a story of my relentless drive to achieve a set goal and how you can use your youthful energy to make the most of your dreams.

A good Vision drives your energy

One important quote I learnt from secondary school is this;

“If you can dream it, you can achieve it”

Dear friends, how good a dreamer are you?

We are limited only by ourselves. You cannot become the best at anything unless you have visualized it. How can you achieve something you have no clue about? How can you direct your energy right?

The greatest leaders are the dreamers. They push the boundaries and redefine the limits. That word “impossible” doesn’t exist in my dictionary.

You are your own limit! Once you can’t see beyond the horizon, you will be content at reaching the end of the road. Success has several definitions for several people. The limit is smack inside our head.

Unlock the vision. Dream with your eyes open!

Read, learn, discover, and renew your knowledge. Nothing brings you closer to your purpose and vision than learning new things! Imagine it. Smell it. Taste it. Once you can envision anything, you are halfway there.

Very often when I desire something, I speak of it fondly as though it was here. Interestingly, at those times, I would have no clue how to get there or how to go about it. I just desire that one thing and speak about it enough time to make everything about achieving that desire come my way. Everything I do, or anyone meet suddenly appears to be fulfilling that target.

Let me buttress this with an example;

So I had worked only for one year at my first job and I had no need for a car. At the time, it would cost me 10mins and a thin film of sweat to get to work every morning. I had a spare shoe shine in my office drawer so I didn’t bother much for my dust covered shoe. It never occurred to me, not once, that I would need to get a car. There simply wasn’t any need for it.

Then I got transferred to Lagos during the festive season in December. And I struggled to move around through the chaotic traffic in the city centre. It was almost embarrassing to stay at the bus-stop hopping from one bus to the other. I recollect having my trouser pants ripped off once while getting off a “danfo”.

It was only a matter of time before I started thinking about buying a car. It no longer cost me a thin film of sweat to get to work. I had the scent of the whole of the carbon from the exhaust and the sweat of manual labour usher my presence to work every morning.

So I openly declared I was buying a car. At the time, I had no car in mind, I hadn’t been paying attention to the model of cars available. I just wanted to be in the comfort of my own car. It was quite laughable at the time. In fact very laughable, if you considered that I earned only 30,000 every month.

In 2006-2007, you will have to cough out at least 400,000 for a decent fairly used car “Tokunbo” from the neighboring country. I would have to save money for over 14months without spending a dime from my salary every month!

There was no way I could achieve that feat, one would have thought.

But I didn’t only declare I was getting myself a car, I also set a 6month target to get the car.

If your vision/target/plan is comfortable and easy to achieve, then it isn’t worth pursuing. Stretch yourself. The story becomes a lot more interesting to tell, once you get it done despite the odds. The boost your confidence will get from achieving a difficult task is amazing and can keep you going for many months.

And so, I decided to start a side hustle. I figured that If I saved my salary for 6months, I would have covered just about half of the cost of buying the car.

I then decided I needed to raise at least another half through a combination of loans and side hustle.

Now the side hustle must provide my monthly allowance – even though at a severely reduced amount and yet permit some good savings.

Next, I started thinking of what trade or skill to sell to get money. I wasn’t much of a salesman at the time and so I looked inwards. I was pretty good at Autocad and so, I made paper fliers by making color prints off the company printers and then went about all the cyber café (cafes were the meeting point for a lot of youths decades ago) promising the managers a share of the spoils if they could share the fliers and refer anyone interested in learning Autocad within a week.

Every other week, I would go to a new café and sit in for a while and then discuss with the manager and share the fliers. It had my email address and phone number printed boldly. For 10,000 or so…..you will learn Autocad using my desktop computer at home or with your laptop anywhere you wanted.

Autocad was big deal at the time of course!

Oh dear, I made good money! I spent my weekend teaching people, juggling between addresses and travelling to neighboring Abeokuta to teach other youths craving to unravel the secrets of drafting using the software that would become a common item a few years later.

While at this, I started applying for jobs online. I imagined that once I could pull this off buying the car, there was no way I would still be working my socks off at this 30,000 job! Read the boiling point theory for why this is so.

In spite of my efforts, I could only make less than 80,000 in savings. I spent a good chunk of the money shuttling between towns and in traffic trying to keep to my training appointment whilst still attending mid-week lectures at the University of Lagos for my master’s degree. I was 26 and I had lots of energy!

When I pooled all my funds together at the self-appointed time, I could only muster N270,000 in savings.

Then I started looking for the loan. My mum handed me a cheque of N100,000 which she had to secure off a cooperative loan to help me achieve this dream. I didn’t have to talk much, she could see how relentless I was as I  pursued this target I had fondly spoken about.

All this time, I started looking up different car models. Asking questions from friends and colleagues about cars that caught my fancy and within the price range I was gunning for. I would walk close to cars and have a close look at the upholsteries.

When I settled for one of the brands – a Mitsubishi, I started sighting the car at every turn. I saw nothing but just that car model. The car came in all shades of colors and driven by all manner of drivers. My vision got an upgrade. Now the urgency for the car became even very real.

Armed with N370,000 with an obvious 30,000 deficit, I got in touch with a car dealer and we travelled together to Cotonou, the state capital of the Republic of Benin, the hub of foreign used cars.

I remember the allure of other very good looking and expensive cars as we walked barefooted along the parking lot (it rained the whole day and the parking lot was practically flooded). I had just one intention and I was clear about what I wanted and nothing but the best version of it was important.

When I returned to Lagos later that same day, I had made an initial deposit and  part-payment for a vehicle that would set me back a total of 450,000. The economy had dwelt a huge blow on my well laid out plans. But I was undeterred. I had a colleague of mine lend me the excess amount. With me again promising to repay him within two months. I must have sounded desperate.

In my books, even if I missed my budget, I should not ever miss the timeline.

The burden of the loan was always eased whenever I looked at the car, its fuel economy and its supposed grandeur at the time. It felt like a great achievement considering the odds. It stretched everything I stood for and pushed me far beyond my limits. At the time the car arrived, not one person at the engineering consulting firm had dared to buy one on that meagre salary.

I couldn’t even celebrate the car. There wasn’t any free cash to merry with. I could barely buy a foot mat. When I think about it, my girlfriend (now my wife) paid for the foot mat. I was just content to have the car!

I started paying back the loans the next month ………and then boom, I got this new job a month later and suddenly I could afford to pay back the loans in just two months!

I couldn’t have planned getting a new job into the mix, neither had I envisaged my turn of good fortune. But if I hadn’t ventured far from the shore, would it have meant anything that I could pay off the loans?

Once you have got the vision, be clear about the reasons for it. Convince yourself it is worth pursuing. Speak about it openly and confidently. Let this lead your direction. Remain focused. Keep your energy levels high and then let life lead the way. Did I add “Praying too”? You should pray. Your plans are nothing unless God blesses it!

PS – That car never stopped working one day! Not one day!

When I sold it off three years later, the new owner suffered several breakdowns and maintenance issues from the day he started using it. It still is inexplicable!

Anyone with an explanation for this?