The race against Time - a short narrative 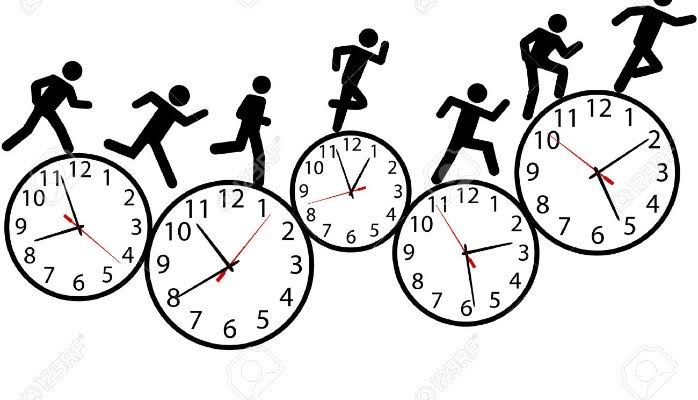 “Time is a storm in which we are all lost.” – William Carlos Williams

F irst off, I woke up feeling quite unwell with a stuffy nose and dry irritable cough with nausea lurking behind every cough. The cough was not just dry but it was devoid of phlegm. I slept late the night before and this may have worsened my condition. Now it looked like I was coming down with the flu.

I had an early morning flight to Abuja. I had pushed this trip away for weeks and when I finally decided to embark on it, a flu visits!

At the time I sprang out of bed that morning, my well laid out plan to dress simple and easy for the trip ended the moment I walked into the bath.

I had the hottest bath I can remember in a long time and I felt a tad better. I could breathe easily and my nostrils felt freer.

The first confusion started with my preference for a chinos instead of the jeans I had selected the night before. And then I couldn’t make up my mind which shirt fits my mood. Tossing every new one I picked away and with each indecisive moment, time ticked fast and unrelenting.

After a fruitless search for an alternative I had to settle for the same jeans. A complete waste of time and I had now lost valuable minutes already.

When I checked the time moments later, I thought I had ample time to get to the airport. There was no need to hurry. All I had to do was cruise to the airport and then find a suitable parking at the lot before approaching the boarding area. I already paid for a ticket and so half the time is saved. Then I hit an unusual traffic at the roundabout to the airport terminal and it appeared that googlemap hadn’t flagged it. It must have happened just about now I thought.

I quickly rolled the car up the ramp at the MM2 parking lot. Picked the parking ticket and walked briskly into the terminal at MM2.

The flight to Abuja on that airline is scheduled to take off at the domestic terminal just 5mins down the road. That was the moment I checked my ticket again. Information on it was vague and unassuring.

Oh my! Now I need to hurry I thought.

At this time, I am now walking briskly to the parking lot. I had parked the car at the second floor level and it suddenly felt like i was already on a long distance race so early in the morning.

By the time I paid 500box for a parking ticket that I barely enjoyed, I picked pace and was jogging fast to the car! I drove out of the terminal like a passenger who was going to miss his flight.

Then I got to the same roundabout with traffic lockjam I had encountered a few minutes ago. I didn’t really care for road niceties or etiquettes and pulled the car across lanes with stunts guaranteed to get me out of the traffic as soon as possible.

I barely made it without an accident, literally cursing one careless driver who was inches away from inscribing the signature of his car on my panel. He had been on his phone all the while. The nitwit!

I got to the terminal, and had just 25mins to spare.

I parked again and picked up another parking ticket. This time, it was a cheap piece of paper with the time of arrival scribbled in illegible and scrawly handwriting. At this time I really didn’t care. Panic was gradually setting in and I was breaking a sweat.

I again walked briskly to the terminal building ahead of me. By now, I was already precipitating a film of sweat on my forehead. The cold was gone miraculously and the catarrh disappeared.

When I walked into the building, It felt like a bus park. This was only just 6am and the whole place was as rowdy as a goat market. Ridiculous! How do I navigate this mess I thought. The queue ahead of me felt like a snake, curled into every conceivable space. There is no way I wouldn’t miss this flight I thought to myself.

Just to be absolutely sure I was at the right terminal, I casually asked yet another of those layabouts loitering the building if by any chance I was in the right boarding terminal.

Lo and behold and to my utter shock he says NO!

Confused and really worried, I asked politely and calmly where this crazy terminal was, desperately hoping that I wouldn’t be directed back to the new MM2

He then pointed to the next building within the terminal just a few blocks away. He again offered to take me there. There wasn’t any energy left in me to be stubborn. I just let him lead the way like an animal to the slaughter. He had offered to help, obviously for a fee, but i really wasnt caring.

And so we walked briskly, there I was catching my breath, no luggage just me and my ticket.

I gave him my means of identification while he moved ahead into the boarding till at the building.

Thankfully this terminal wasn’t as rowdy as the previous one and the queue though long was better organized.

What exactly is going on in this country? Why must everything be so difficult? I thought to myself.

I picked my boarding pass after the layabout had negotiated a fee allowing me shunt the queue and earning himself a generous 500box for his effort! He looked disappointed, but I didn’t really care. Time was of the essence and it was all I cared about at the moment.

I was yet to board the plane and I had parted with 1,000box! Naija!

Anyway, I joined the long queue into the boarding area. The queue was almost as long as a third of the length of a football pitch. Unbelievable. A queue only to pass through the scanners and show your dirty socks and all.

While the queue inched closer to the scanning point I heard the final boarding announcement over the Public address system. Now i was really panicky.

My layabout friend suddenly approached me on the queue offering to take me smack into the boarding area. Of Course for another tip I figured.

This time, I simply declined. I was already ashamed of myself for shunting. I almost felt shy. I can handle this, I thought to myself.

Then my cough returned. Dry and coarse. With a bit of chest pain. I shouldn’t be travelling, I said to myself.

When I approached the screening point and in my rather flustered state, I unknowingly emptied the contents of my pocket on the floor. It had my ATM debit card, the shitty parking paper and my mobile phone earpiece.

Some idiot managed to step on my platinum debit card. WTF!

I struggled with my shoelaces and then raced into the boarding area to join the last set of passengers into the plane.

My cough and catarrh didn’t care for my achievement, They came on even harder and it looked like a fever was about to set in.

I was only just content to have made the flight. Nothing else mattered!