My Tale by moonlight 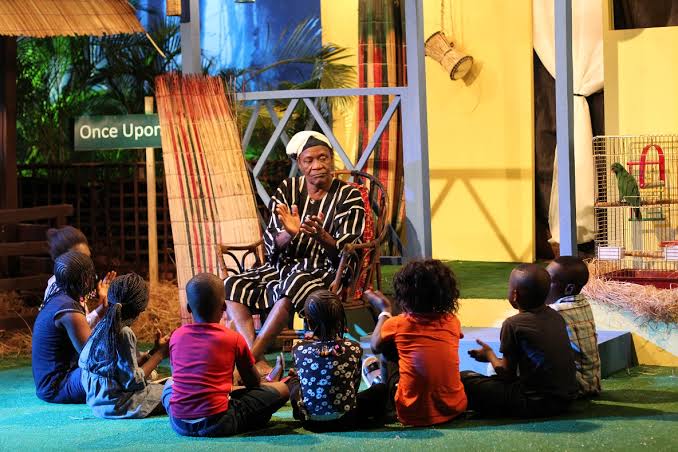 who is fooling who? – A short story you will find useful

H ere is a really short story, once told by my father

Here is a really short story, once told by my father. The import of the story was only clear a decade after. He was arming us for the future. He often repeated the story when I was a teenager, to encourage my siblings and I, never to fool ourselves.

But at the time, the story, though laden with wisdom, was always fun to listen to, as he would mimic voices in comic animation to drive home the point.

I have told this story to a few of my mentees in the past and I am confident that there is a lesson to learn.

Enough said, let’s get into it.

Ever heard of a white snail?

Well the white snail had a cultural significance because it was supposedly very difficult to find and depending on the type of weather was almost impossible to sight. It was also very medicinal and was used for curing certain ailments very many years ago.

According to the story, a young boy was reportedly very poor at his academics and consistently came home with very poor results. His parents, his father in particular, worried about his very poor grades, approached the traditional herbal healer for advice. The son, accompanied by his father sat on the cold floor as his father narrated the ordeal to the herbalist.

The traditional herbalist looked into his oracle and announced that the boy was doomed to be a failure as he was up to no good. He went on to say that his son was too playful and lacked the capacity to learn. Confused and alarmed, the father pleaded with the aged man to do whatever was necessary to help his young son. His voice laden with emotions (here my dad get very animated) pleaded for help.

The herbalist consulted the oracle again, this time he looked up and with a smile pronounced that a small sacrifice will restore his son’s mental ability and improve his memory. He says they would be required to get three white snails amongst other easy to reach items in order to perform a sacrifice. The sacrifice, he claimed, must be done as soon as possible otherwise the gods may not accept the effort.

Pronto, the father thanked the herbalist and proceeded to the farmland where they would commence their search for the white snails. According to the story, the white snail was near impossible to find at that time of the year, as snails thrive mostly during the rainy season. Therefore it was very unlikely that they would find any during the hot and dry harmattan.

But in desperation, the father and son marched into the farmland looking under shrubs, along river banks, and just about anywhere to find these white snails.

After a couple of days of searching in futility, the father then decided, they should split and search different parts of the farmland in the hope that they would save time and it would make them find the snails faster.

After a few minutes, the young boy screams in excitement, announcing over the distance that he had found one white snail. (My dad gets very animated at this point.)

Relieved and happy the father thanked the gods for the breakthrough. They had been searching for days and it was a welcome development that they found the first snail.

Moments later, the boy screams again in excitement (here dad goes very animated again) saying he had found the second snail. His father could not even believe their luck, and asked that he put the snails well tucked into his bag. Don’t lose them. Now they have two of the three snails needed. Just one more to go.

As nightfall approached, the boy announced that he had found a third snail. The father praised his efforts and prayed for his young son, believing that their travails would soon be over.

The next morning, the two of them arrived at the aged herbalist little abode, ducking into the small hut, they paid obeisance to the herbalist announcing that they had found all the items required for the sacrifice to liberate his young son.

The herbalist marveled at their luck and asked that they put all the items in front of the oracle in order to plead its acceptance.

The father promptly asked his son to tender the three white snails he had found in the farmland the day before.

The boy looked at his father and says

“I was only joking dad, I didn’t find any snail”

Typically, the story ends abruptly. This would allow you the listener or the reader to put in the scene of choice. Would you opt for the scene where the father slaps the daylight out of his errant son, or would you rather imagine the father cursing and pouring invectives on his son- who clearly is condemned to be nobody?

Whichever scene you favor, one thing remains very clear, the young son is so incorrigible and has just deceived himself. Not his father nor the herbalist. He deceived no one but himself, after all the snail was part of the items required to redeem the incessant farts in his godforsaken brain.

The lessons for us as young people, is not to deceive ourselves. Perhaps the young boy was so frustrated from the search for the snail that he would have done anything to just go home to get some rest.

We must be true to ourselves, reflect on the realities and stop living a lie. We deceive no one else than ourselves when we claim to have what we don’t. Whether it is a skill, a degree, a possession or anything of value, if we do not have it, we must not claim to own it.

I hope there was a lesson learnt. If you want me to tell the story on my vlog, send me a message and I will bring all my animation skills to bear.