The boiling point theory
Here is how to stand out 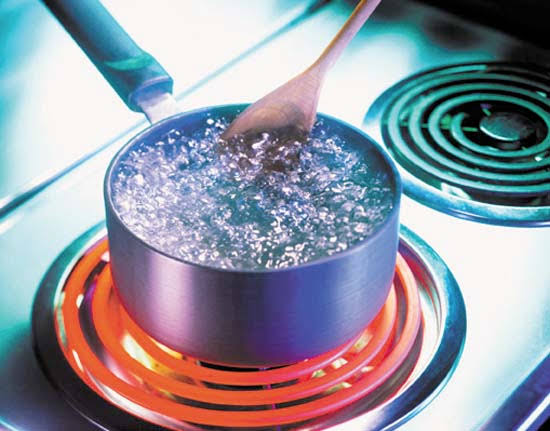 “Talent is cheaper than table salt. What separates the talented individual from the successful one is hard work.” ~ Stephen King, American author

H ow do people become truly successful after repeated trials and consistent efforts? Now, I am not going to define success in itself as though it is a definite term. It’s meaning or interpretation is beclouded by each person's judgement based on his aspirations and desires.

The book the tipping point by Malcolm Gladwell made a thorough attempt at identifying the point, the instant and the trend that precipitates a break through. The breakthrough that invariably ushers in outstanding successes for businesses and people.

His ideas and theories are arguable (concepts of the broken window theory is apt) and somewhat controversial but his efforts must be commended for trying to create a science and understanding of why great things happen the way they do or at the time they do.

In the end, it is clear that there is no one way for breakthrough to happen. It’s probably better explained by;

“Time and chance happens to all men”

As conscientious human beings, (mere mortals) we are never going to be in control of the many things that must happen concurrently or simultaneously to give us our own interpretation of success. The only thing we have absolute control over is how much effort we can put into whatever we channel our energy to.

We have no control over the time it happens or whether it would happen.

So how about we position ourselves at that point where we are at a vantage position to take on opportunities when they indeed happen. Here we literally sharpen our weapons in anticipation of a fierce battle.

It is often said that the best time to prepare for war, is during peacetime. No one goes into battle unprepared otherwise defeat is guaranteed.

However to stand out, one must reach the boiling point. At the boiling point matter transit into another form – from water to gas. This cannot happen until heat (consistent heat) is applied. As long as the heat is applied consistently, you can never be in your comfort zone.

Let me share this analogy with you for a better insight.

Let’s imagine that an empty pot is filled with water and placed on a gas stove. The gas stove will provide consistent heat. The pot is covered to hasten the process. The heat initial starts at the bottom of the pot and radiates throughout the pot and the water. Remember that cold water is heavier than hot water. Cold water is therefore always at the bottom of the pot.

And so, as the colder molecules of water become agitated at the bottom of the pot, they become lighter and rise to the top in an endless loop of heat dissipation.

As the water in the pot gets hotter, it begins to bubble. Making disturbing noises suggesting that it is reaching the boiling point for water. At this time the force becomes fierce and the cover of the pot starts to rattle.

The area between the water and the pot cover is now filled with vapour bursting at the seams and laying claim to the next level. For as long as the heat is sustained the vapour and the water bubble generated will topple the pot cover. Letting off full steam and vapour into the air in one great instant.

Yet, water (the laggards)remains in the pot. As long as the heat continues, more vapour will escape and the cycle continues until the pot is empty.

The path to success is similar to the illustration above. As you consistently do the right things with the right energy and focused only on the results, the heat generated will cause you to rise to the top. And at the top, you will compete with the hottest to break the barrier into the next form (in this case vapour) and stand-out amidst your peers.

To be the best, you must compete with the best. If you find the path of least resistance, it would only take you to the top for a short while, because others deserving of it will quickly give you a fierce chase.

To compete with the best, you must be prepared to work hard, sharpen your weapons during peacetime, train yourself ardently focusing on the big picture only. The time will come and with the right energy, the covers will give way to the positive results for your efforts. You will become noticed and be liberated into a limitless phase for a victorious future.

Please note that once the barrier is broken, once you have transformed into the new age/phase, you will find that the energy to fight the new challenges are inherent. The scars from your experiences and learnings from your competition will lead you to conquer new territories.

However, the energy required to succeed at this new level or new phase is not the same as what got you there in the first place. You will soon discover that each level comes with its own new challenges. Each level requires even new set of skills. And so it isn’t time to relent.

Have you any idea what happens when successful people relent on their efforts? Let me show you.

At the vapour state, when the energy cools and cools so fast and debilitating, the vapour condenses and settles back to liquid state unable to sustain the tempo in the absence of heat. If the coldness persist, it reverses finally into the heaviest state of matter – SOLID.

The battle doesn’t end when you transform into vapour. At every stage the battles starts afresh and differently.

There are no shortcuts to sustainable lifelong success. The recipe has always been the same for centuries. Technology or other devices of convenience will not change the narrative. That’s not how it works!